posted in AIRCRAFT IN THE SPOTLIGHT on December 16, 2013

The museum’s example of the HTL-6 (Bureau Number 142377) was delivered to the Navy on February 6, 1953, and spent the majority of its service life as a trainer in Helicopter Training Squadron (HT) 8 at Naval Auxiliary Air Station (NAAS) Ellyson Field, Florida.  In June 1961, in conjunction with events commemorating the Golden Anniversary of U.S. naval aviation, it was used in establishing an unofficial world helicopter endurance record by remaining airborne for 72 hours and 2 minutes.  Modified with an external sight gauge on the engine oil pump and a wooden platform with a fuel servicing tank fitted on one of the landing skids, the HTL-6 remained in a hover with six pilots alternating shifts flying the helicopter.  On November 11, 1963, with Major Tom Archer as his instructor, astronaut Lieutenant Commander James A. Lovell, Jr., made his first helicopter indoctrination flight in this helicopter, which by that time had been redesignated a TH-13M.  The aircraft was donated to the museum in 1969. 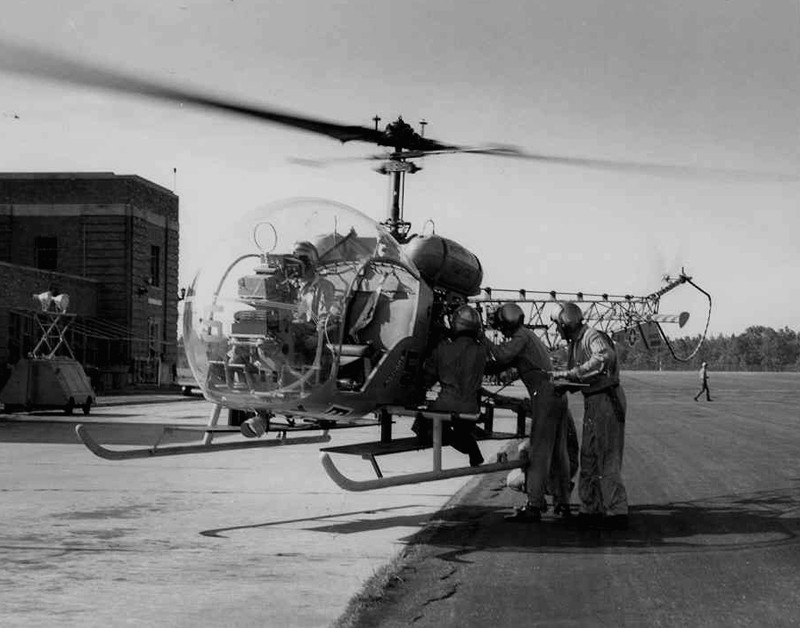 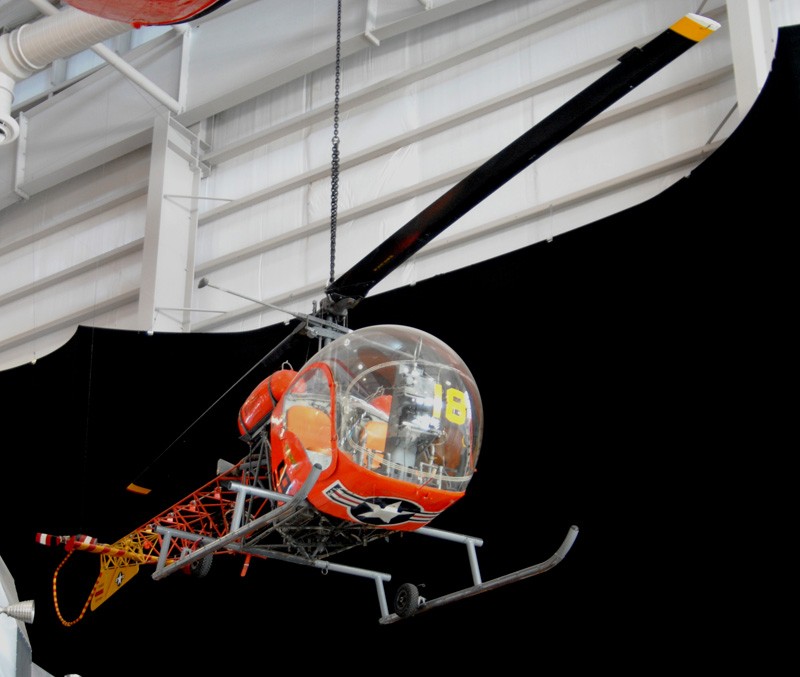 The museum’s TH-13M pictured in its newest display location above the replica of the Lunar Module, the astronauts who flew it completing training in this type helicopter at Naval Auxiliary Air Station (NAAS) Ellyson Field, Florida.
Download 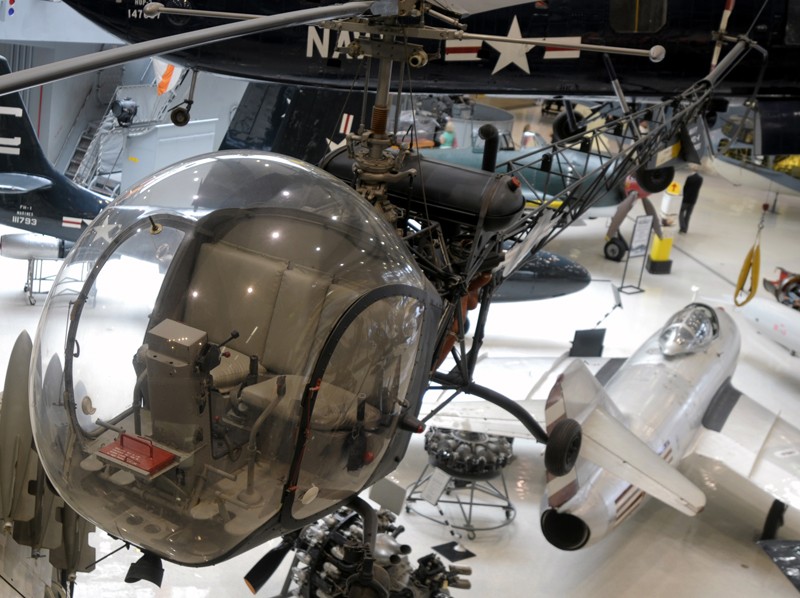 The close-up view of the museum’s example of an HTL-4 on display shows details of the fish-bowl cockpit.
Download