posted in AIRCRAFT IN THE SPOTLIGHT on December 16, 2013 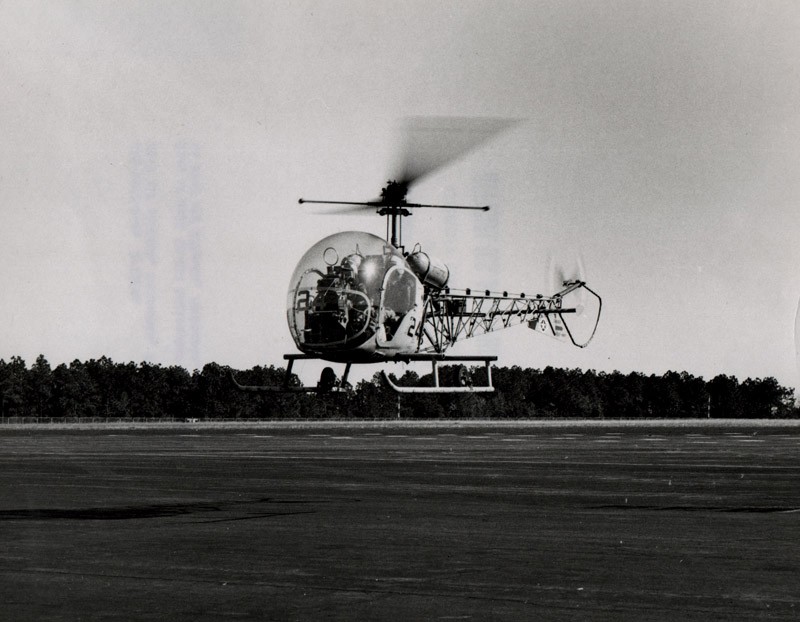 By its own sterling record of accomplishments, which included being the first civilian helicopter to receive certification, the first to carry a President of the United States, and the first to be used by all branches of the U.S. armed forces, Bell’s Model 47 would have been well known in aviation circles. Yet, by playing the starring role in the introduction each week to one of the longest running and popular television series in history, M*A*S*H, the distinctive helicopter with its fishbowl-like cockpit achieved a level of recognition that transcended aviation.

It was indeed ironic that Bell Aircraft Corporation, incorporated in Buffalo, New York, in 1935, would ever turn to producing a helicopter, the company making a name for itself manufacturing fighter planes for the Army Air Forces and building the famed X-1 in which Captain Chuck Yeager became the first man to break the sound barrier on October 14, 1947. Yet, when company founder Larry Bell first saw a design for a helicopter put forth not by an aeronautical engineer, but Princeton-educated mathematician and philosopher Arthur Young, who had invented a system in which a two-bladed rotor linked to a weighted bat produced stability for the aircraft, he embraced rotary-wing aviation. Constructed using a blend of material ranging from balsa wood to magnesium, the Bell 30 formed the foundation for the Model 47, which made its maiden flight on December 8, 1945. With World War II having recently concluded, it incorporated parts originally intended for use on Bell’s fighter planes, which kept costs down. The early flights revealed that the counter-balanced seesaw rotor system on the Bell 47 created a distinctive “clop-clop” noise that over time gave rise to the nickname “choppers” for helicopters. 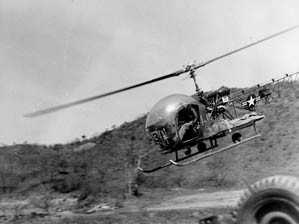 The Navy issued its first contract for procurement of the Model 47, which was designated the HTL (later redesignated H-13) in the Navy’s designation system, in 1946, and the first examples arrived at Helicopter Utility Squadron (HU) 2 in April 1948. Not until 1973 would the last one be retired from the naval inventory and all told the Navy procured a total of 187 examples, which were eventually redesignated H-13s.

The Sioux, as it was named, flew in a variety of roles. With two covered litters mounted on their skids, Marine Corps HTLs saved many a life evacuating battlefield casualties to aid stations during the Korean War, where helicopters of all services were credited with airlifting nearly 40,000 wounded personnel. An example of the dedication of helicopter pilots occurred on April 23, 1951, when a sudden offensive called all HTLs of Marine Observation Squadron (VMO) 6 into action. Fifty critically wounded Marines were evacuated from the battlefield, with one pilot logging 9.7 hours in the air. 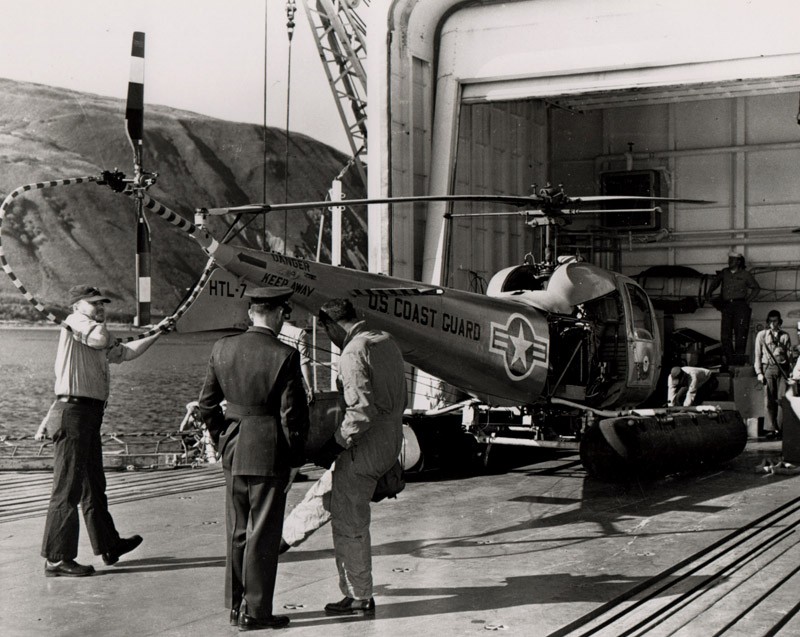 In addition to their battlefield service, HTLs fitted with pontoons operated from ships supporting Navy and Coast Guard operations in the Arctic and Antarctic regions and into the 1960s HTLs could be found at Naval Auxiliary Air Station (NAAS) Ellyson Field, Florida, serving as trainers. Among the famous students who flew them were Apollo astronauts, who logged time in the helicopters to familiarize themselves with its auto-rotation sink rate, which was deemed to be viable simulation training for operating the Lunar Module in its landing on the moon.

A prominent user of the H-13, albeit briefly, was President Dwight D. Eishenhower, who chose it to transport him on short trips between Washington D.C. and such locations as Camp David, the presidential retreat in the Catoctin Mountain Park in Maryland, and his summer home in Rhode Island. Eisenhower, who became the first President of the United States to make a flight in a helicopter when he became airborne in an H-13 on July 12, 1957, soon realized that sitting beneath the bubble canopy was like being in a green house, making for an uncomfortable flight. The relatively slow-speed and accommodation of only two passengers prompted its replacement by the Sikorsky H-34.