posted in FROM THE COCKPIT: STORIES OF NAVAL AVIATION on March 20, 2012

On April 18, 1942, the Doolittle Raiders launched from the deck of the aircraft carrier Hornet (CV 8) on their famous raid over Japan, two naval aviators having played important roles in getting them to that moment…

In June 1942, while visiting the North American Aircraft Company, Brigadier General James H. Doolittle played to his audience when he announced the secret base from which his aircraft were launched for the first American air raid against the Japanese Home Islands. Previously, President Franklin D. Roosevelt, when asked by reporters about the origin of the raid, had responded that they flew from “Shangri-La,” a fictional location in James Hilton’s novel Lost Horizon. Doolittle told North American employees that in his mind, Shangri-La was the factory in which they built his B-25 Mitchell bombers. Of course, word soon was released identifying the aircraft carrier Hornet as the location from which the Doolittle Raid was launched, the heroic mission an exemplary example of joint operations in which the Navy was a significant player even before the B-25s were hoisted onto the flight deck of Hornet (CV 8). The contributions of two in particular outweighed their ranks, Lieutenants Stephen Jurika and Henry L. Miller key figures in the success of a highly secret operation planned at the highest levels.

Like in Germany and Italy, where naval attachés and members of the diplomatic corps posted to the region observed firsthand the events and personalities that most Americans only read about in the newspapers, those posted to Japan witnessed that country’s rise into a formidable military power. As naval officers, the island nation was a subject of particular interest, for in the years following World War I it was Japan that was viewed as a likely enemy in naval battle, interwar war games and fleet exercises devoted to developing strategies and tactics for combating the Imperial Japanese Navy. 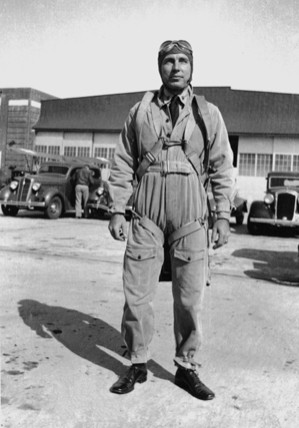 In June 1939, a young lieutenant arrived in Tokyo to assume the duties of Assistant Naval Attaché for Air. His background was certainly unique among his fellow naval officers. Although California-born, he had grown up in the Philippines and been educated in schools there as well as in China and Japan. At the U.S. Naval Academy, from which he graduated in the Class of 1933 alongside future Chairman of the Joint Chiefs of Staff Thomas Moorer and Medal of Honor recipient David McCampbell, classmates knew him as an idealistic young man. “He is gifted with an easy flow of speech and tact, makes friends easily and retains them indefinitely. With a keen and appreciative sense of humor, impulsive, sound judgment, and willingness to question anything, [he] is eminently qualified to handle one of Uncle Sam’s battle canoes.”

After service on board cruisers, Jurika would turn away from “battle canoes” and enter naval aviation, receiving his wings in 1936 and serving as a torpedo plane pilot flying from Saratoga (CV 3). Yet, with the increasingly aggressive actions of the Japanese in the Far East, Jurika’s talents were ideally suited to service outside of the cockpit and he soon found himself in the Japanese capital. The young lieutenant seized on every opportunity to avail himself of military information, playing golf on courses located near Japanese military installations, accepting invitations to official functions, including an air meet where he observed firsthand one of Japan’s vaunted Zero fighters. His activities were part of a larger effort on his part, which he revealed to a fellow officer in a letter sent securely via the diplomatic pouch. “For the past four months I’ve been drawing up bombing maps of Japan by main manufacturing districts, a job which has never been done in this office,” he wrote on October 27, 1940. “Also, plans for bombing Tokyo, its powder factories, munitions factories, …getting down to business on every phase of the possible war.” As a result of his work, his superiors thought his next assignment should be in an operational command, which turned out to be a soon to be commissioned aircraft carrier. Her name was Hornet.

While Stephen Jurika went from shore duty to sea duty, Lieutenant Henry L. Miller exchanged a carrier flight deck for the white sands of the Florida panhandle with assignment as a flight instructor. Graduating from the Naval Academy a year after Jurika, Miller counted among his classmates future submarine skipper and Medal of Honor recipient Richard H. O’Kane. While at Annapolis, the Alaska-born Miller was an accomplished boxer, the mindset and skills honed in the boxing ring put to good use in the fighter plane cockpits he eventually manned. 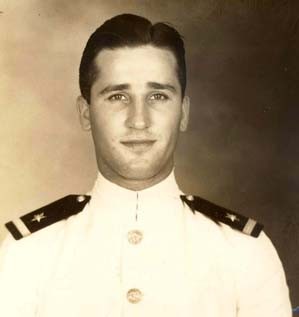 When the Japanese attacked Pearl Harbor, Miller was still assigned as an instructor at Ellyson Field near Naval Air Station (NAS) Pensacola, but he earnestly desired to return to fighters, using a cross-country flight to Philadelphia to stop in Washington D.C. and check in at the Bureau of Aeronautics requesting assignment to a front-line squadron. His efforts proved unsuccessful, but back at Pensacola the arrival of a unique set of orders issued on February 28, 1942, provided an unlikely avenue to the war zone. Miller was to report to Eglin Field in nearby Ft. Walton Beach for an unspecified temporary duty. Given an old SBU biplane for the brief flight to the Army Air Forces field, Miller reported to a colonel there, who indicated he had no idea by a Navy carrier pilot was there. Having been briefed before his departure from Pensacola about his purpose for traveling to Eglin, Miller asked the colonel if he “knew anything about Lieutenant Colonel Doolittle’s detachment there.” With that the colonel closed the door and began to speak in a whisper, indicative of the secret nature of Doolittle’s presence. In short order, Miller found himself at the hangar allocated to the pilots and airmen of the Doolittle Raiders and he soon was at the controls of a B-25 Mitchell medium bomber learning the flying characteristics of the airplane. Over the course of the ensuing weeks, Miller trained the Army Air Forces pilots to take off from the deck of an aircraft carrier, giving them the benefit of knowledge obtained flying from flattops.

When the Doolittle Raiders were set to depart for the West, Miller arranged to accompany them and went aboard ship with them at NAS Alameda, remaining on board for the cruise to the launching point in the waters off Japan. Also on board was now-Lieutenant Commander Stephen Jurika, who conducted intelligence briefings for the Doolittle Raiders, drawing upon the clandestine notes he had made when he lived among the enemy in Tokyo. Jurika would also contribute a medal he had received from the Japanese government to others Japanese decorations that were attached to one of the bombs loaded onto a B-25 for “return” to Japan.

On the morning of April 18, 1942, Hornet and her escorting ships approached the launch point when Japanese fishing boats crossed paths with the ships. Fearing that they may have radioed their position prior to being destroyed by American forces, the decision was made to launch aircraft despite being some 200 miles farther from land than planned. On the flight deck Miller assisted some of the crews in manning their planes and then joined the rest of the men on board Hornet watching the B-25 bombers lumber off the deck and set course for Japan. The fate of the mission rested in the hands of those on board the aircraft, yet its ultimate success was also the result of the work of two wearers of the wings of gold.