During 1941, seated at the kitchen table in his rented house in Coronado, California, a naval aviator spent an evening with match sticks arrayed in front of him, each representing an aircraft. Lieutenant Commander John S. “Jimmy” Thach’s goal as he maneuvered the match sticks around the table was to develop formations and tactics to successfully combat a Japanese fighter, one whose capabilities were being revealed in intelligence reports emerging from China. The words painted a picture of a fighter plane with what to some aviators were mythic capabilities in speed, maneuverability, and rate of climb. As events would prove in the months following the Japanese attack on Pearl Harbor, most of the reported characteristics of the Mitsubishi A6M Type 0 fighter were accurate. Thach would take what he developed with match sticks into the air in developing an air-to-air tactic known as the “Thach Weave,” which as commanding officer of Fighting Squadron (VF) 3 he would use with great effectiveness at the Battle of Midway in June 1942. 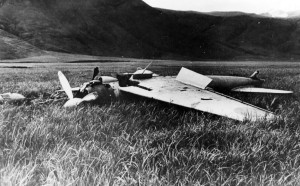 On the eve of Thach’s air battles at Midway, the Japanese carriers Ryujo and Junyolaunched air raids against the American base at Dutch Harbor in the Aleutians. One of the pilots from the former carrier was Petty Officer Tadayoshi Koga, whose Zero fighter took a round that severed the oil line, necessitating that he make a forced landing. Seeing what he believed to be an open grass field on the island of Akutan, Koga lowered his landing gear and prepared to land the aircraft. However, the tall grass masked the fact that what he thought was a field was really a bog. Thus, when the fighter’s wheels struck the water, the aircraft flipped over on its back. Trapped in the cockpit, Koga drowned in the bog’s waters.

The following month, the crew of a PBY Catalina of Patrol Squadron (VP) 41 spotted overturned fighter while returning from a patrol. Two days later, on July 12, 1942, a VP-41 crew landed near the site and investigated the airplane, which was successfully salvaged and sent to Naval Air Station (NAS) San Diego, California, where it was repaired to flying condition and painted in a U.S. Navy color scheme. It was the first flyable Zero in the United States, the experience of test pilots flying it revealing much about the acclaimed fighter’s performance capabilities to the benefit of those fighting in the skies over the Pacific. In particular, test flights quickly revealed that the Zero’s vaunted maneuverability diminished at higher speeds and the airplane had difficulty rolling to the right at those speeds. Thus American pilots were instructed to enter a high speed dive and roll right if they needed to extricate themselves from a dogfight.

In 1943, Koga’s Zero flew across the county to NAS Anacostia in Washington D.C., which was located in close proximity to the National Advisory Committee for Aeronautics’ Langley Memorial Aeronautical Laboratory, where it underwent wind tunnel testing, being transported to Langley after sundown and under cover to avoid the prying eyes of spies. It was ironic that such measures were taken for a few months later the airplane was put on public display for all to see at Washington National Airport on the occasion of the celebration of the 25th anniversary of the inauguration of air mail service in the United States. 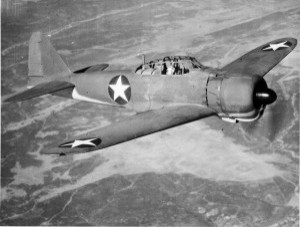 A captured Japanese Zero fighter pictured in U.S. markings while being flight tested in the United States in 1943.
Download

As Allied forces swept across the Pacific, an increasing number of examples of Zero fighters fell into Allied hands. Among them was an A6M5 that was the lone Axis airplane flown alongside U.S. fighters at a Joint Fighter Conference held at NAS Patuxent River, Maryland, in October 1944. One naval aviator and nine manufacturer test pilots logged hops in the aircraft during the conference, giving it high marks in its ground handling, take offs, and approach and landing characteristics. When it came to combat qualities, pilots that flew the Zero concluded that the Japanese fighter was a “dangerous airplane to
dogfight at slow speeds,” stating it was “excellent for low altitude offensive combat or any turning flight where radius of turn or maneuverability is required as prime.”

By that point in the war, the operation of advanced U.S. fighters flown by well-trained pilots, combined with the decimation of the ranks of experienced Japanese fighter pilots flying in the early part of the war, diminished the performance of the Zero in combat. Yet, the aircraft retained the mystique that intrigued Jimmy Thach, a number of the captured Zeros now displayed in museums around the world. Ironically, the first one is not among them, the airplane found in the Aleutians scrapped in February 1945, after the pilot of an SB2C Helldiver taxiing at NAS San Diego inadvertently ran into the taxiing Zero, its propeller chopping off the tail and fuselage aft of the cockpit.