posted in AIRCRAFT IN THE SPOTLIGHT on September 23, 2013 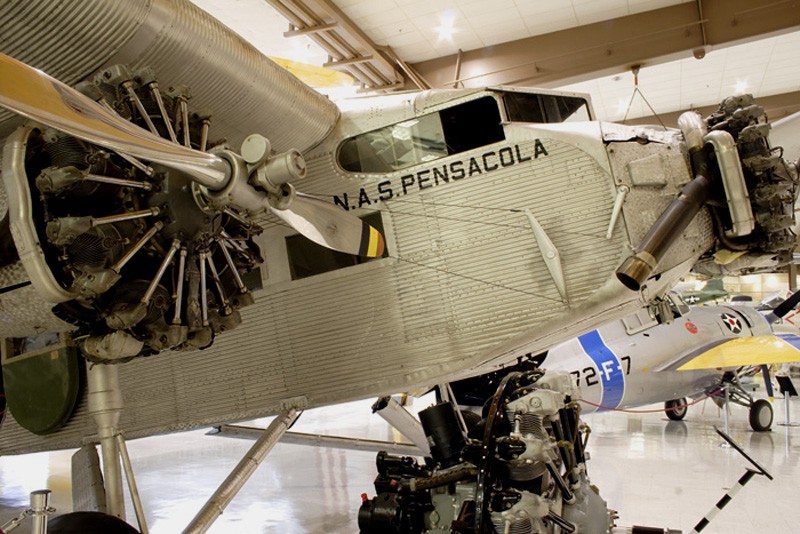 Built in 1928, the museum’s example of the Ford Tri-Motor was initially delivered as a 4-AT-B version before conversion to the 4-AT-E configuration.  The Union Electric Light and Power Company in St. Louis, Missouri, initially owned the airplane before it was purchased by W.A. Monday, who painted “Wyoming’s Flying Hero” on the side and a caricature of a cowboy on the tail and flew around the state. In 1939, Johnson Flying Service of Missoula, Montana, became the next owner of the airplane, employing it in its fire fighting operations.  Established by Bob Johnson in 1926, the organization helped pioneer the employment of smokejumpers, specially trained firefighters that parachuted into remote areas to fight forest fires.  On July 12, 1940, Rufus Robinson and Earl Cooley parachuted fromn a Johnson Flying Service airplane, giving birth to the smokejumper program, one that lasts to this day.  The museum’s airplane hauled smoke jumpers and cargo in support of fire fighting efforts into the mid-1950s.  In May 1969, Mr. Dexter D. Coffin, Jr, of Palm Beach, Florida, purchased the airplane, which had the distinction of being the last Tri-Motor operated by the Johnson Flying Service.  After flying it for a period of time in air shows, in April 1973, he offered to donate the airplane to the museum.  Arriving just in time for the opening of the new museum building in 1974, the aircraft has resided in what is now the south wing ever since, a testament to a bygone era when the “Tin Goose” allowed many Americans to experience the joy and wonder of soaring aloft. It is painted in the markings of Naval Air Station (NAS) Pensacola, Florida. 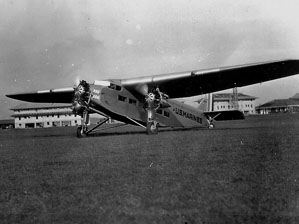 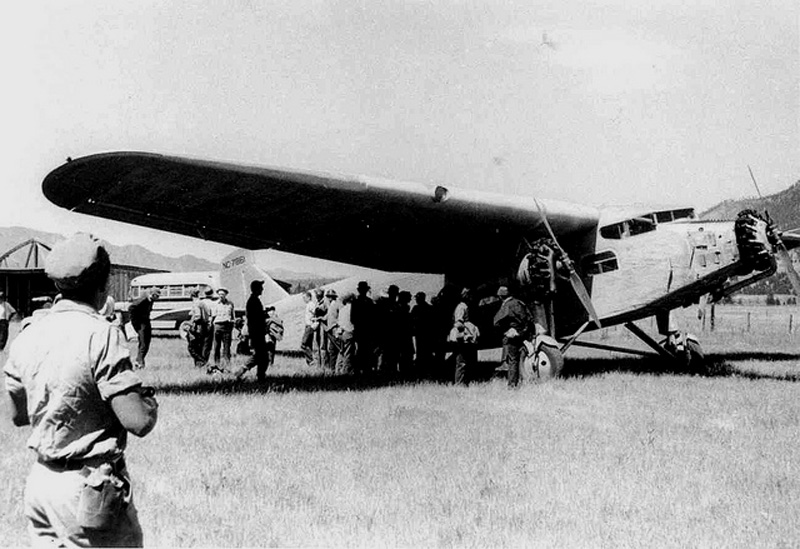 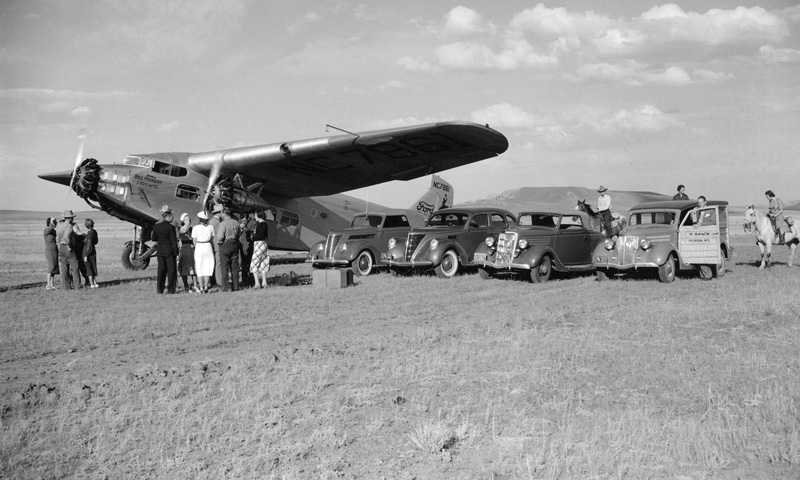