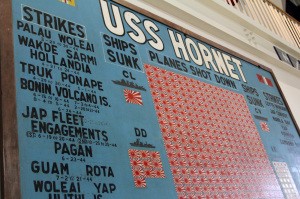 View of a section of the USS Hornet (CV 12) scoreboard displayed at the National Naval Aviation Museum.
Download

Whether looking though a newspaper or browsing the website of a favorite team, baseball fans past and present have awakened each day during the season to check the box scores for their favorite team, the statistical summary telling the tale of the previous day’s game.

Aircraft carriers of World War II and later conflicts had their own versions of box scores, members of the crew keeping a running tally of the combat records of their embarked squadrons and the marksmanship of their antiaircraft gunners by painting scoreboards on the island. Adorned with bright red and white rising sun flags or Nazi swastikas, silhouettes of ships sunk, and names of battles, these scoreboards inspired the crew, boosting morale and instilling pride in their ship. Since not all of a carrier’s crewmen routinely visited the flight deck, some flattops maintained scoreboards in the hangar bay as well, which were either exact replicas of those painted on the island or modified versions.

“You should see our scoreboard in the hangar deck,” Captain Austin K. Doyle wrote to his wife from the carrier Hornet (CV-12) on April 28, 1945. “Over 700 enemy planes shot down, many hundred thousand tons of ships sunk or damaged. I think the country has had its money’s worth from Hornet.”

Three scoreboards are currently displayed in the museum, including the one about which Captain Doyle wrote to his wife during World War II. It was donated to the museum upon Hornet’s decommissioning in 1970. Another one once hung on a bulkhead in the hangar bay of Essex (CVA 9) and is notable in the fact that it covers the ship’s service in both World War II and Korea, reflecting the different natures of those two wars. To this end, the fleet engagements and mass air battles celebrated at the top of the scoreboard contrast with the tally of locomotives, bridges, and even ox carts destroyed during the interdiction campaign over Korea. The third scoreboard is not original, but is as close as it gets. When the decision was made to include a replica of the island and flight deck of the carrier Cabot (CVL-28) as the centerpiece of the museum’s west wing, the sailor who painted the scoreboard on the ship during World War II recreated his work on the museum’s “ship.” Only one minor modification has been made in the form of the signature of former President George H.W. Bush, who flew as a torpedo pilot from one of Cabot’s sister ships, penned on a visit to the Museum during his final year in office. 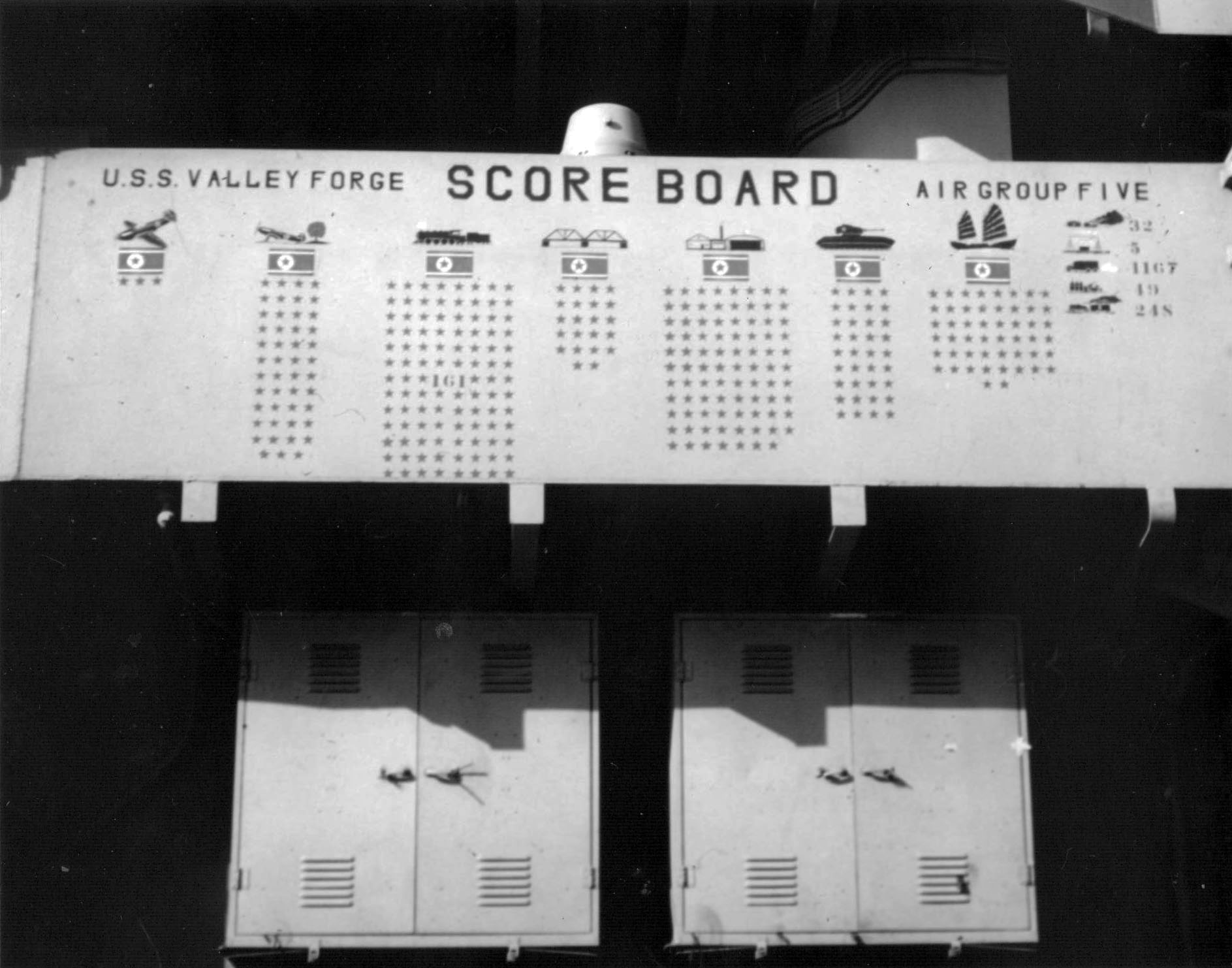 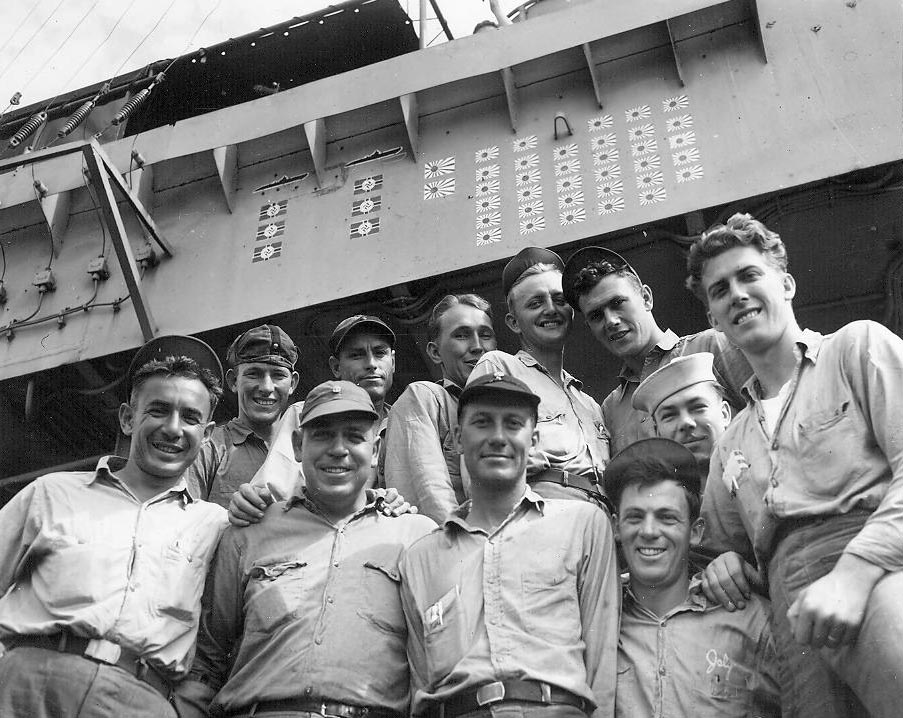 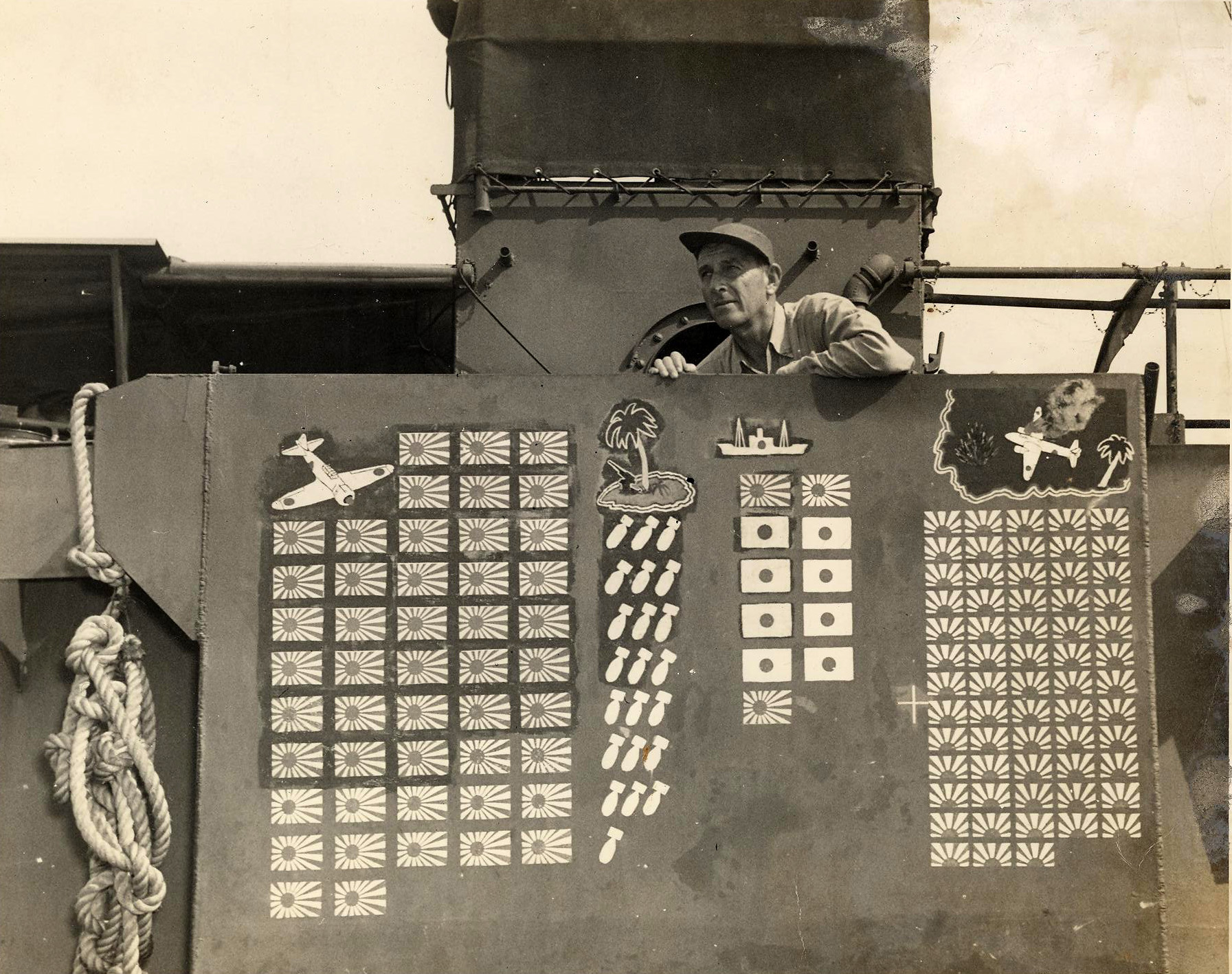 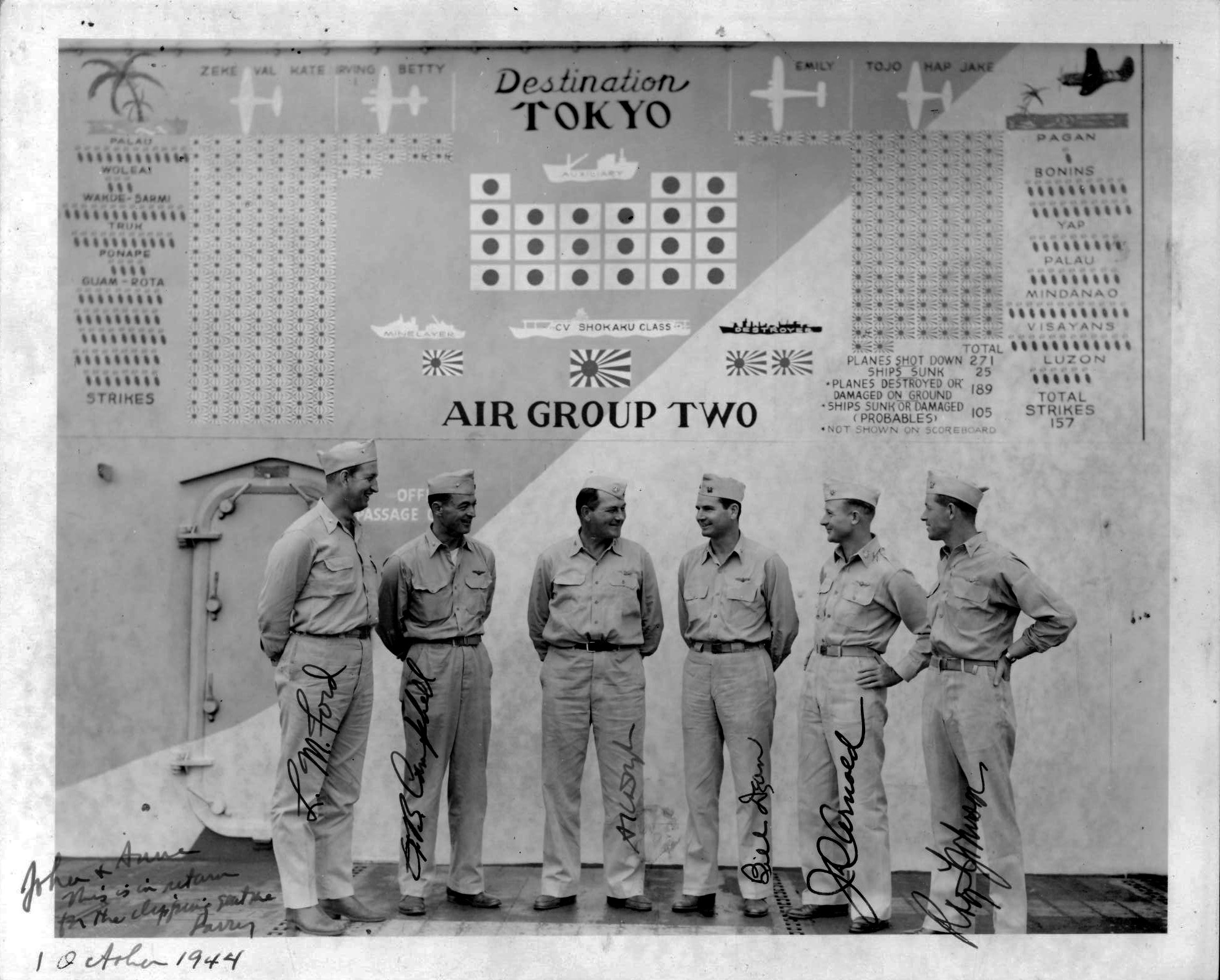 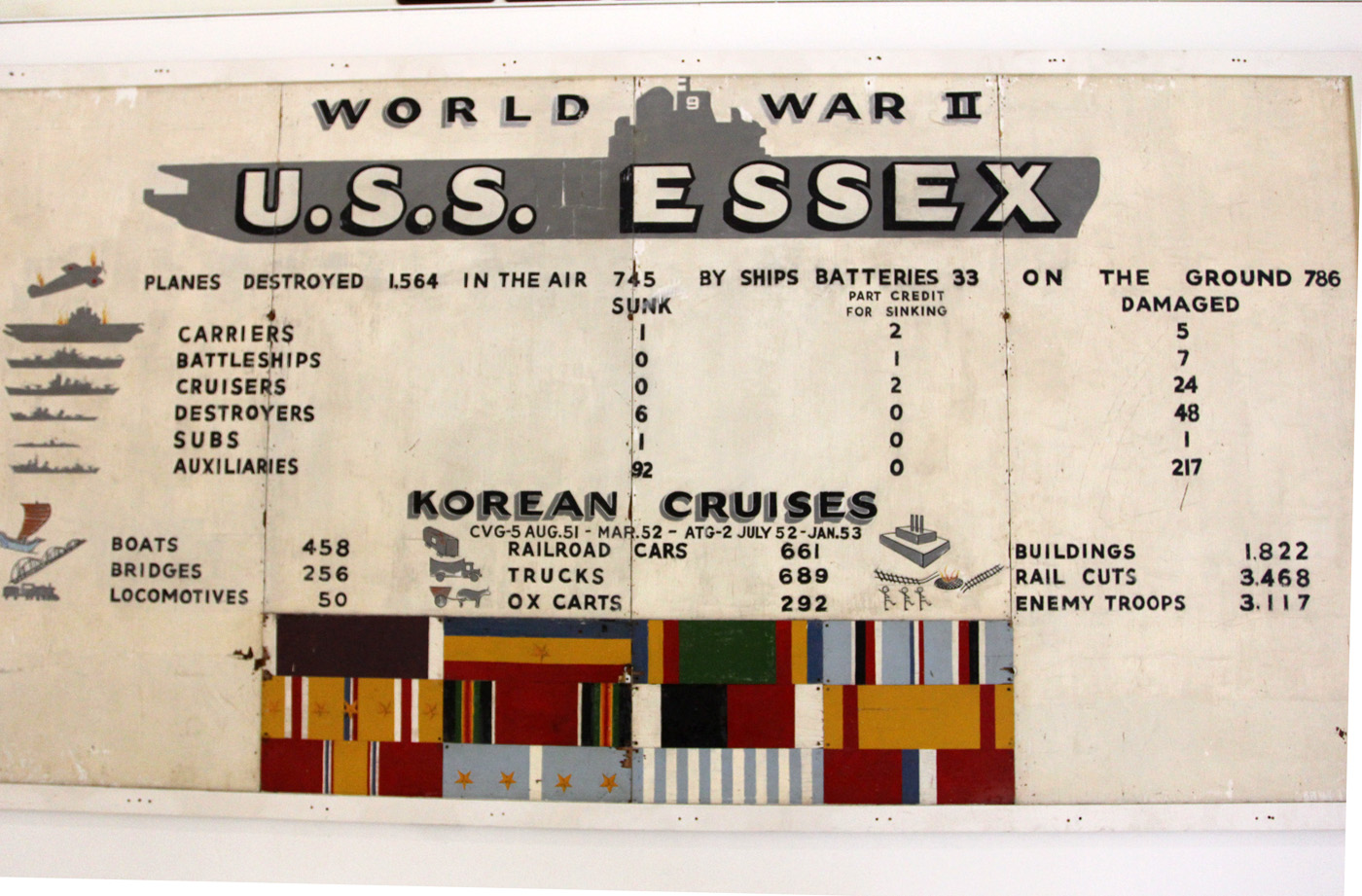 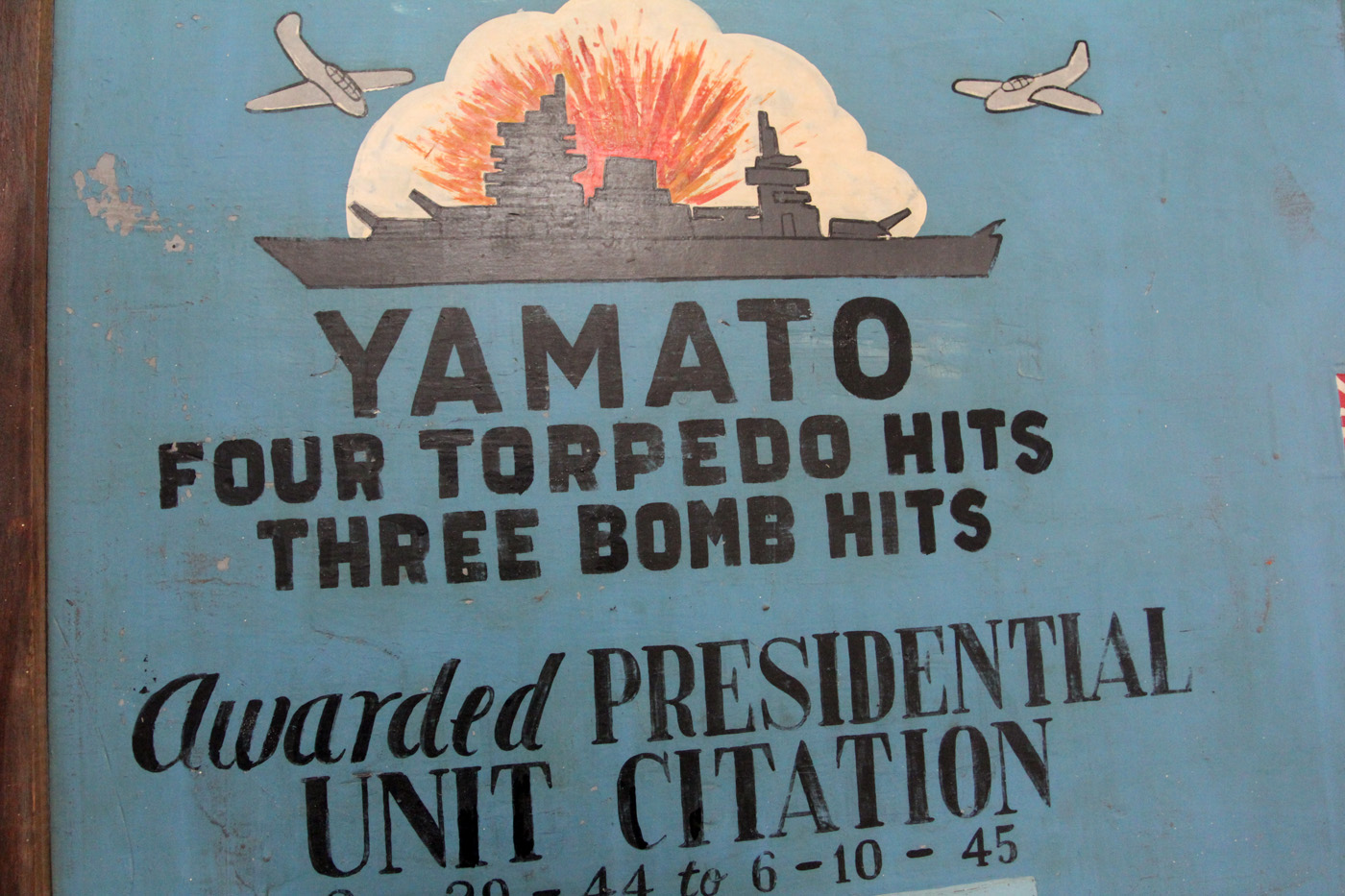 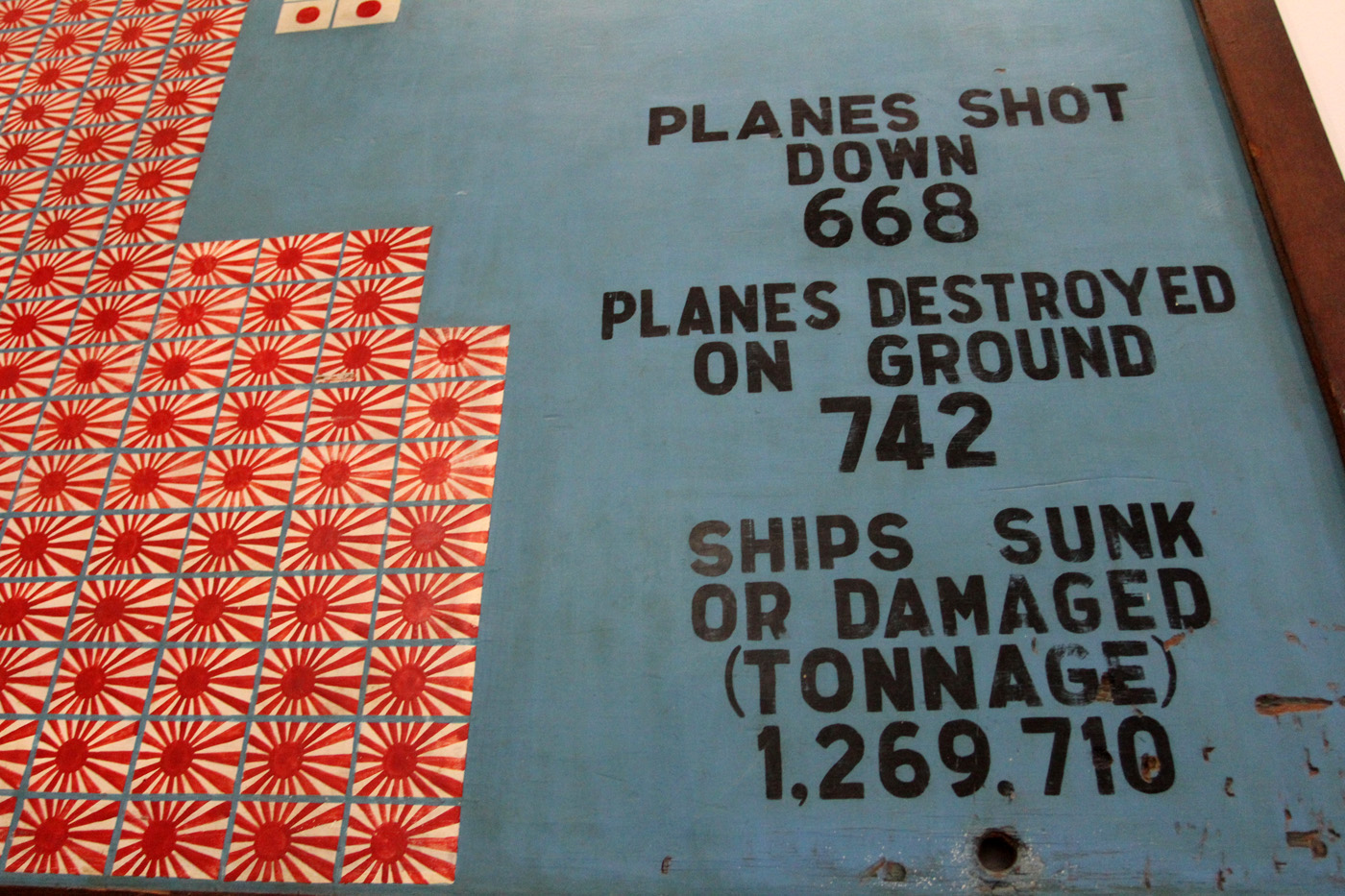 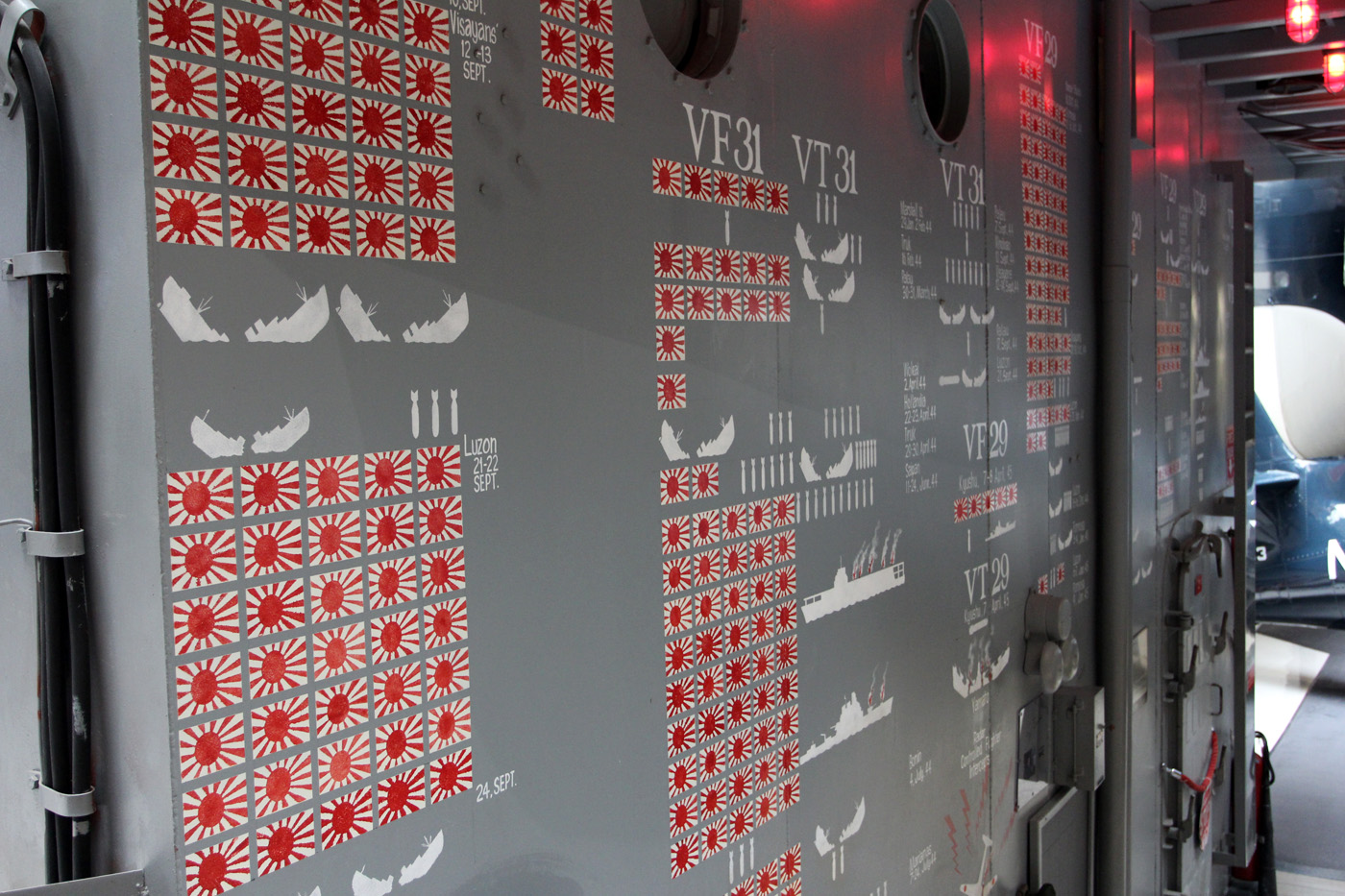 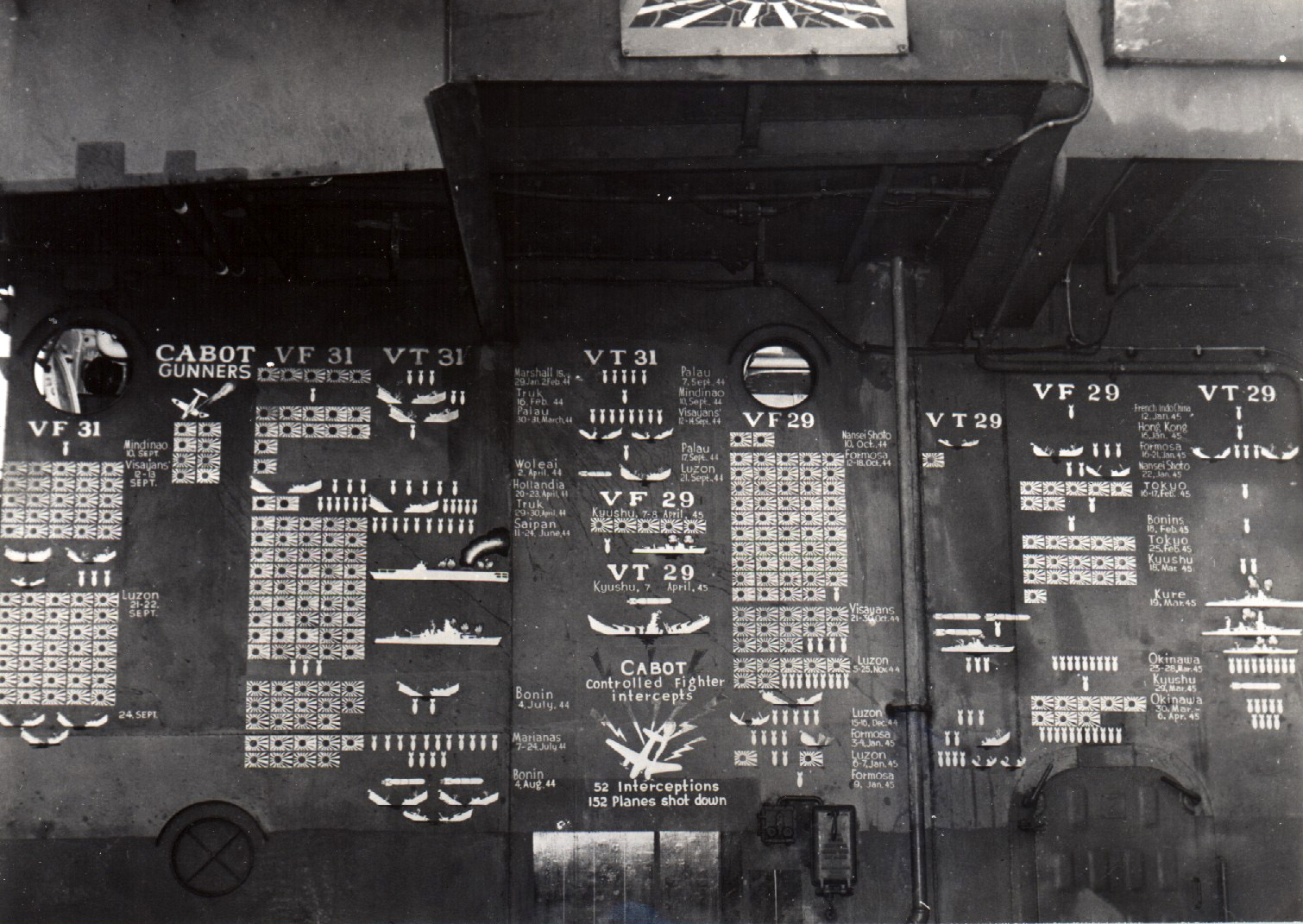