Commander Alex Vraciu, who passed away on January 29, 2015, at the age of 96, was one of naval aviation’s most acclaimed fighter aces. The son of Romanian immigrants, he grew up in East Chicago, Indiana, and graduated from Depauw University, where he played football and tennis and also ran track. Like many college-age men of his generation, who finished their schooling with a world at war, he signed on the dotted line and entered the Navy’s aviation cadet program, reporting to Naval Air Station (NAS) Glenview, Illinois, for elimination training. He finished the course there just two days after the Japanese attack on Pearl Harbor and headed south, bound for NAS Corpus Christi, Texas, to complete his flight training. 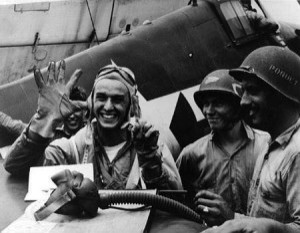 History records that Vraciu was one of World War II’s most outstanding combat pilots. His first squadron assignment was in Fighting Squadron (VF) 6 commanded by the Navy’s first ace of World War II, Medal of Honor recipient Lieutenant Commander Edward H. “Butch” O’Hare. O’Hare thought enough of Vraciu’s abilities that he made him his wingman, imparting invaluable tactical knowledge on air-to-air combat.

The young aviator scored his first kill over Wake Atoll on October 1943, while flying an F6F Hellcat from the deck of the carrier Independence (CVL 22), the first of nineteen confirmed kills that he would compile in the skies over the Pacific. His most famous action came at the Battle of the Philippine Sea, the famed “Marianas Turkey Shoot,” where he shot down six enemy aircraft to become an ace in a day. Returning to Lexington (CV 16)—he had joined VF-16—he posed for a famous photograph in his flight gear, his face lit up in a smile as he held up six fingers to denote his kills. Adding to his combat record in the air was his experience in the Philippines after being shot down on a combat mission with VF-20 flying off Lexington later in 1944. Vraciu spent weeks with a band of Filipino guerillas before making his way to American forces. Remaining in the Navy, he retired as a commander in 1964.

Interestingly, this combat record may have never occurred. On July 13, 1942, the fate Aviation Cadet Vraciu rested in the hands of five officers convened in the aftermath of his causing material damage to an aircraft when he retracted its wheels during the landing roll. The lieutenants, all flight instructors, considered Vraciu a below average student after reviewing his records and believed that there was a chance that he would not successfully complete the course of instruction. By a vote of 3-2, it was recommended that he be dropped from flight training, the signatures of the officers certifying his proposed fate.

The page doesn’t break down which instructors voted yes and which voted no, but in reviewing the names one can imagine that Lieutenants William A. Dean and Robert Dosé likely voted to keep Vraciu in the ranks of naval aviation, perhaps seeing attributes that would be of value in a combat pilot. Dean, one of two regular officers on the board, eventually headed to the Pacific and commanded the “Red Rippers” of VF-2, shooting down eleven Japanese airplanes, including two on the same day that Vraciu splashed six (June 19, 1944). Dosé later assumed command of VF-12 in Saratoga (CV 3) and logged 206 combat missions, including a strike against Rabaul where he was credited with 1.5 kills. 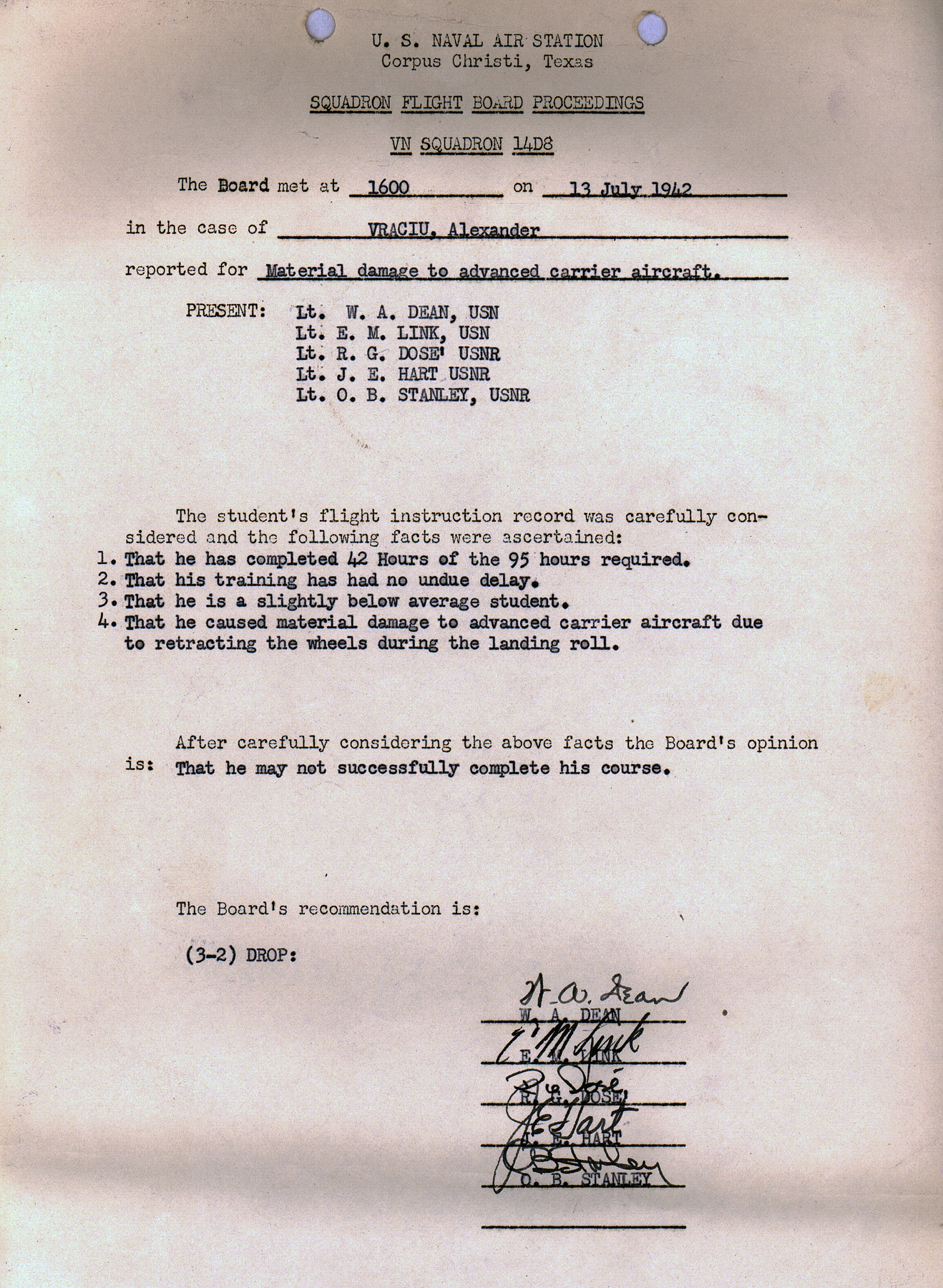 The ruling of a board of flight instructors at Naval Air Station (NAS) Corpus Christi, Texas, may have very well ended the flying career of famed fighter ace Alexander Vraciu if it had been upheld.
Download 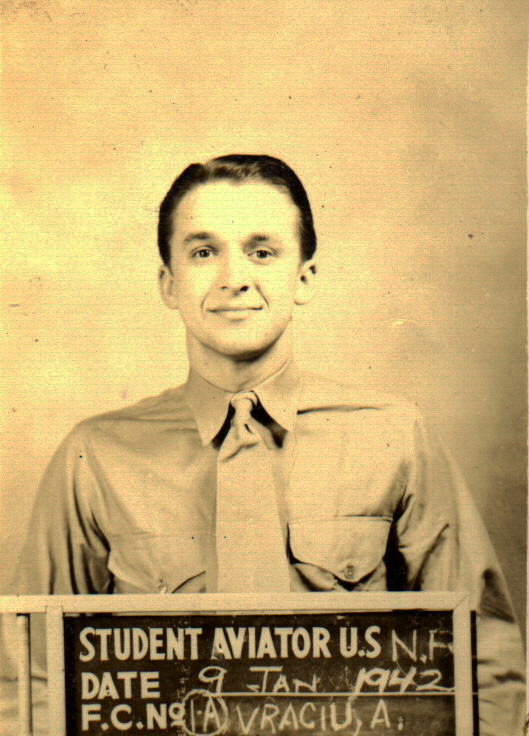