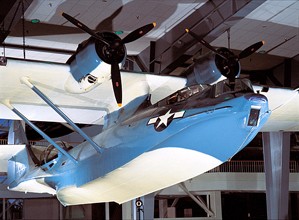 The PBY-5 Catalina on display in the west wing of the museum (Bureau Number 08317), the only surviving non-amphibian version of the venerable flying boat, was delivered to the fleet on February 28, 1943, and assigned to Fleet Air Wing 14. The following month it arrived at Naval Air Station (NAS) Pensacola, Florida, where aside from a brief period of time undergoing maintenance at the Naval Aircraft Factory in Philadelphia, Pennsylvania, it spent its entire service life flying as a training aircraft. Stricken from the Navy’s inventory in 1948, it eventually was acquired by the Smithsonian National Air and Space Museum. It has been on loan from the Smithsonian since 1973.

Displayed on the flight line of Forrest Sherman Field behind Building 3221, PBY-5A Catalina (Bureau Number 46602) was accepted by the Navy on October 14, 1944, and two days later was delivered to Coast Guard Air Station (CGAS) Elizabeth City, North Carolina. It subsequently served in Headquarters Squadron (HEDRON) 2 of Fleet Air Wing 5 and in Patrol Bombing Squadron (VPB) 45. During its time in the latter squadron, VPB-45 deployed to Naval Air Facility (NAF) Ipitanga, Brazil, to antisubmarine patrols over the Atlantic Ocean. 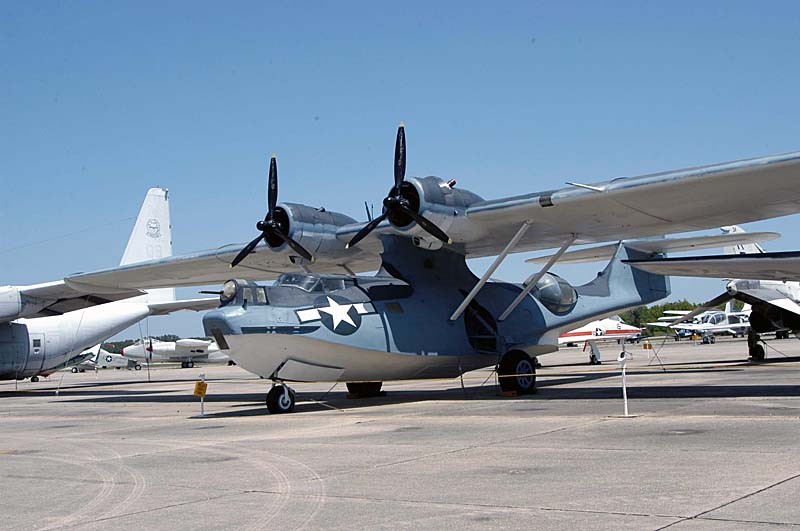 Assigned to HEDRON-1 of Fleet Air Wing 14 at the time World War II ended, in 1946 Bureau Number 46602 joined Fleet Aviation Electronics Training Unit (FAETU) Pacific. At the beginning of 1946, the airplane was transferred to the Naval Aircraft Factory in Philadelphia, Pennsylvania, for a brief time before joining Amphibious Patrol Squadron (VP-AM) 5 when that squadron was established in November 1946. The airplane was with this squadron during its entire existence, operating from Naval Air Station (NAS) Whidbey Island, Washington, and deploying to Adak, Alaska. When VP-AM-5 disestablished in December 1947, Bureau Number 46602 was carried in a number of aircraft pools in the Pacific Northwest and flew with the Naval Air Reserve in Seattle. Eventually placed in storage at Litchfield Park in Arizona, the airplane was stricken from the Navy’s inventory in 1956.

It arrived at the National Naval Aviation Museum in 1987 and underwent and extensive restoration during the late 1990s.