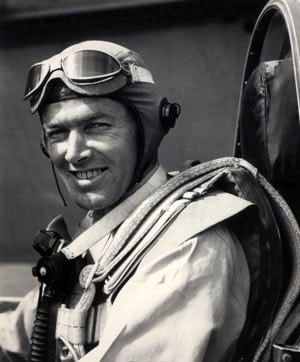 For those preparing to do battle with the enemy during wartime, the last hours before entering combat give pause for reflection.  The possibility of being killed in action is very real to those in the armed forces as they go into harm’s way and, to this end, facing one’s mortality prompts many to leave things behind for family members, be it a sentimental memento or words of love expressed in a latter.  For Lieutenant Commander James H. Flatley, Jr., the executive officer of Fighting Squadron (VF) 42 in the carrier Yorktown (CV 5) steaming in the Coral Sea, the evening of May 6, 1942, brought such a moment as he prepared to combat Japanese carriers.  The ensuing battle  would mark an historic engagement in U.S. Navy history in that for the first time, ships would battle without coming within sight of each other, the salvos wielded instead by carrier aircraft.  Flatley understood the risks and prepared a final letter to his wife in the event he was lost.  Fortunately, it was never sent. 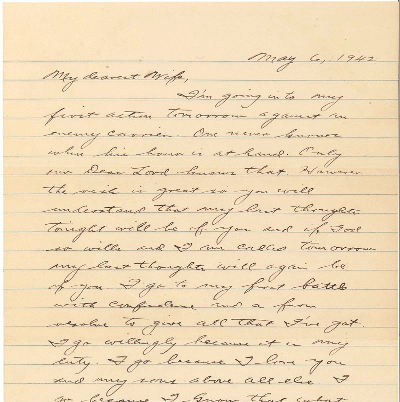 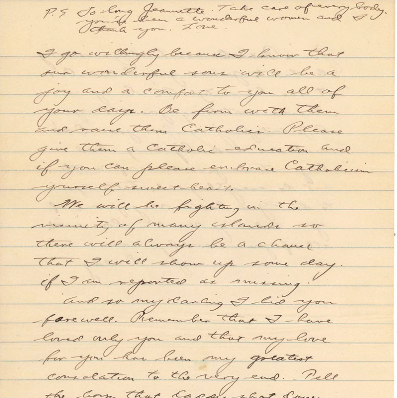 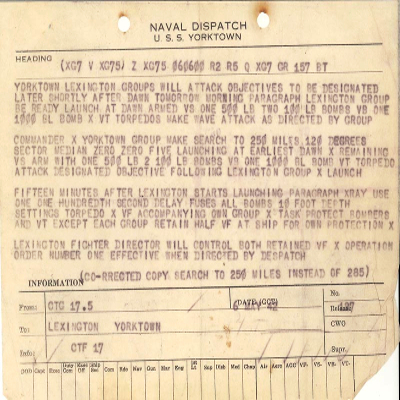