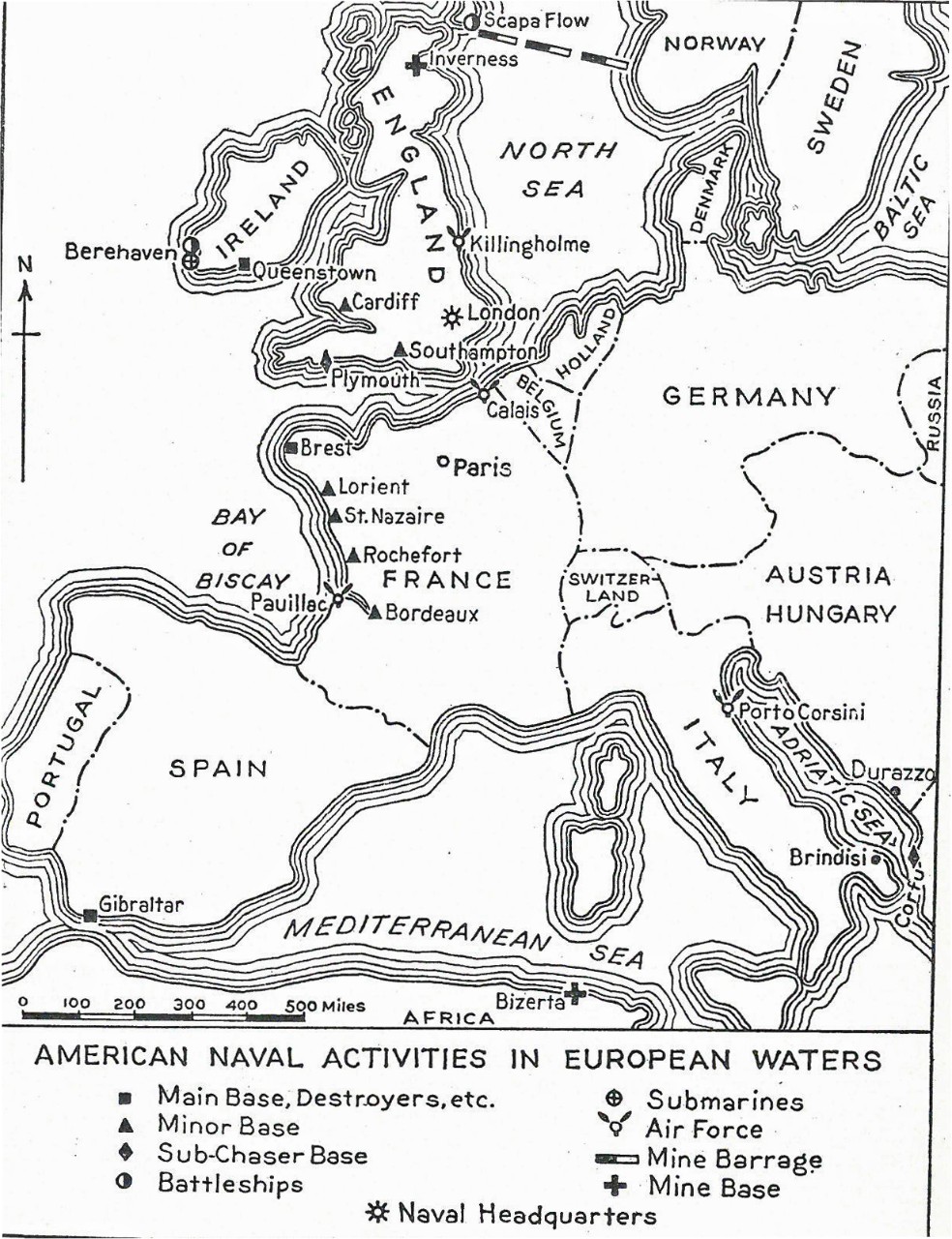 *The following organizational chart only represents a snapshot of U.S. naval forces in September/October 1918.  The makeup of the U.S. naval force in European waters (ships and commanders) changed frequently from May 1917 onward.

U.S. Patrol Squadrons Based on Gibraltar