Worden I (Torpedo Boat Destroyer No. 16)

John Lorimer Worden, born on 12 March 1818 in Westchester County, N.Y., was appointed midshipman in the Navy on 10 January 1834. He served his first three years in the sloop-of-war Erie on the Brazilian Station. Following that, he was briefly assigned to the sloop Cyane before reporting to the Naval School at Philadelphia for seven months of instruction. He returned to sea in July 1840 for two years with the Pacific Squadron. Between 1844 and 1846, Worden was stationed at the Naval Observatory in Washington, Southampton, but in other ships as well. In 1850, he returned to the Naval Observatory for another two-year tour of duty. The ensuing nine years were filled with sea duty which took Worden on several cruises in the Caribbean and Mediterranean Seas. 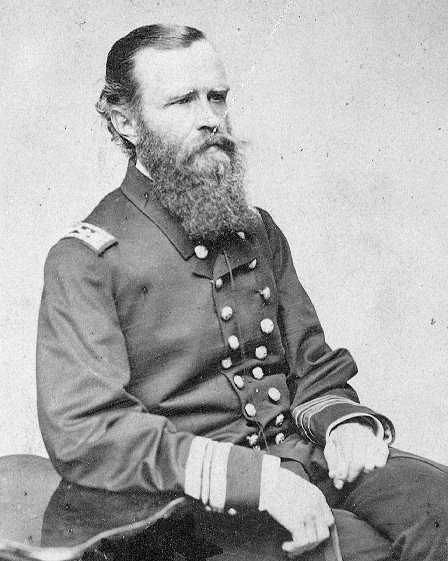 Brought to Washington early in 1861, he received orders in April to carry secret dispatches, regarding the reinforcement of Fort Pickens, south to the warships at Pensacola. During the return journey north, Worden was arrested near Montgomery, Ala., and was held prisoner until exchanged about seven months later. Though still ill as a result of his imprisonment, Comdr. Worden accepted orders to command the new ironclad Monitor on 16 January 1862. He reported to her building site at Greenpoint on Long Island and supervised her completion. He placed the new warship in commission at the New York Navy Yard on 25 February and two days later sailed for Hampton Roads. However, steering failure forced the ironclad back to New York for repairs. On 6 March, she headed south again, this time under tow by Seth Low. On the afternoon of 8 March, Worden's command approached Cane Henry, Va., while inside Hampton Roads, the Confederacy's own ironclad, CSS Virginia, wreaked havoc with the Union Navy's wooden blockading fleet. During that engagement, the Southern warship sank the sloop and severely damaged Congress and Minnesota before retiring behind Sewell's Point. Arriving on the scene too late to participate in the engagement, Worden and his command set about assisting the grounded Minnesota.

At daybreak on the 9th, Virginia emerged once more from behind Sewell's Point to complete her reduction of the Federal fleet at Hampton Roads. As the Confederate ironclad approached Minnesota, Worden maneuvered Monitor put from the grounded ship's shadow to engage Virginia in the battle that revolutionized naval warfare. For four hours, the two iron-plated ships slugged it out as they maneuvered in the narrow channel of Hampton Roads, pouring shot and shell at one another to almost no visible effect. Three hours into the slug fest, Worden received facial wounds when a Confederate shell exploded just outside the pilot house. He relinquished command to his first officer, Samuel D. Green. About an hour later, Monitor withdrew from the battle temporarily and, upon her return to the scene, found that Virginia, too, had withdrawn. The first battle between steam-driven, armored ships had ended in a draw.

After the battle, Worden moved ashore to convalesce from his wounds. During that recuperative period, he received the accolade of a grateful nation and the official thanks of Congress. Late in 1862, he took command of the ironclad monitor Montauk and placed her in commission at New York on 14 December 1862. Later in the month, Worden took his new ship south to join the South Atlantic Blockading Squadron off Port Royal, S.C. On 27 January 1863, he led his ship in the bombardment of Fort McAlister. A month later, newly promoted Capt. Worden took his ship into the Ogeechee River, found the Confederate privateer Rattlesnake (formerly CSS Nashville), and destroyed her with five well-placed shots. His last action came of 7 April 1863, when Montauk participated in an attack on Charleston, S.C.

Not long after the Charleston attack, Capt. Worden received orders to shore duty in conjunction with the construction of ironclads at New York. That assignment lasted until the late 1860's. In 1869, he began a five-year tour as Superintendent of the Naval Academy during which he was promoted to rear admiral. During the late 1870's, he commanded the European Squadron, visiting ports in northern Europe and patrolling the eastern Mediterranean during the Russo-Turkish War of 1877-78. He returned ashore and concluded his naval career as a member of the Examining Board and as President of the Retiring Board. When he retired on 23 December 1886, Congress voted him full sea pay in his grade for life. Rear Admiral Worden resided in Washington, D.C., until his death from pneumonia on 19 October 1897. After funeral services at Washington's St. John's Episcopal Church, he was buried at Pawling, N.Y.

The first Worden (Torpedo Boat Destroyer No. 16) was laid down on 13 November 1899 at Sparrows Point, Md., by the Maryland Steel Co.; launched on 15 August 1901; sponsored by Mrs. Daniel F. Worden, the daughter-in-law of Rear Admiral Worden; and commissioned on 31 December 1902, Lt. Benjamin B. McCormick in command.

On 18 November 1907, the warship was placed in reserve at the Norfolk Navy Yard. As a unit of the Reserve Torpedo Flotilla, she was berthed first at Norfolk and, later, at Charleston, S.C. Save for a six-month interlude from May to November of 1909 when she was returned to full commission, Lt. Comdr. Frederic N. Freeman in Command, Worden remained inactive until 1912. Then, though still in reserve, she was loaned to the Pennsylvania Naval Militia for training purposes and was stationed at Philadelphia until returned to Charleston and the Reserve Torpedo Flotilla the following year.

During 1914, the torpedo-boat destroyer became a tender to the Atlantic Fleet Submarine Force and continued to operate in support of submarines until March 1917 when she was sent to New York on special duty in connection with a recruiting campaign necessitated by the probability that the United States would enter World War I. In June, she was reassigned back to her own type command as a unit of Division B, Destroyer Force; however, she continued her recruiting duty at New York through the end of the year.

On 18 December 1918, about five weeks after the 11 November armistice, she stood out of Brest in company with Flusser (Destroyer No. 20), Stewart, and Whipple (Coast Torpedo Vessel No. 15) to return home. Following refueling and provisioning stops in the Azores and at Bermuda, she and her traveling companions arrived at Philadelphia on 3 January 1919. She remained in commission for a little over six months. In any event, Worden was placed out of commission there on 13 July 1919, and her name was stricken from the Naval Register on 15 September 1919. In 1920, on the first anniversary of her return home, 3 January, she was sold to Joseph G. Hitner, of Philadelphia, for conversion to a motor fruit carrier.

Worden retained her former name while in mercantile service. On 1 May 1942, she was steaming off the Florida coast when the nearby British freighter La Paz, en route from Liverpool, England, and Hampton Roads, Va., to Valparaiso, Chile, was torpedoed by the German submarine U-109 (Kapitänleutnant Heinrich Bleichrodt). Worden stood by the damaged vessel and towed her toward Jacksonville. Although Bleichrodt claimed both ships as sunk, Worden with a torpedo meant for La Paz, both ships survived, La Paz salvaged and resuming service, the fruit carrier continuing in that trade into the post-war period.