One cross-section of a rib from USS Royal Savage with brass commemorative plaque. The wood is smooth on one side with a square peg hole .5" in size. Remaining sides of the section are rough and flake during handling. The smooth side has a brass plaque "English oak from a rib of the /"Royal Savage" Flagship of/Benedict Arnold's American Fleet/Sunk by the British at Valcour/Island, October 11, 1776."

Built for the use of the British Royal Navy, the two-masted schooner was damaged and sunk by American forces during the siege of St. Johns, Quebec, in the fall of 1775. After retaking the fort, the Americans raised and repaired the ship, christening her the USS Royal Savage. She became Benedict Arnold’s flagship of the Lake Champlain Squadron. The squadron was responsible for denying the British the use of the lake in late 1776 thus contributing to British General John Burgoyne's defeat at Saratoga.

In October 1776, Royal Savage was stationed off Valcour Island in an attempted ambush of British ships. During the ensuing battle, Royal Savage ran aground on the southern tip of Valcour Island and was subsequently abandoned. The British recaptured the vessel and burned her. The burnt remnants of the ship remained where she was burned until she was raised by an amateur archaeologist in 1934. This cross-section of a rib was cut from the wreck sometime after its resurrection. The rest of the ship’s remains were presented to NHHC in 2015 by the city of Harrisburg, PA. 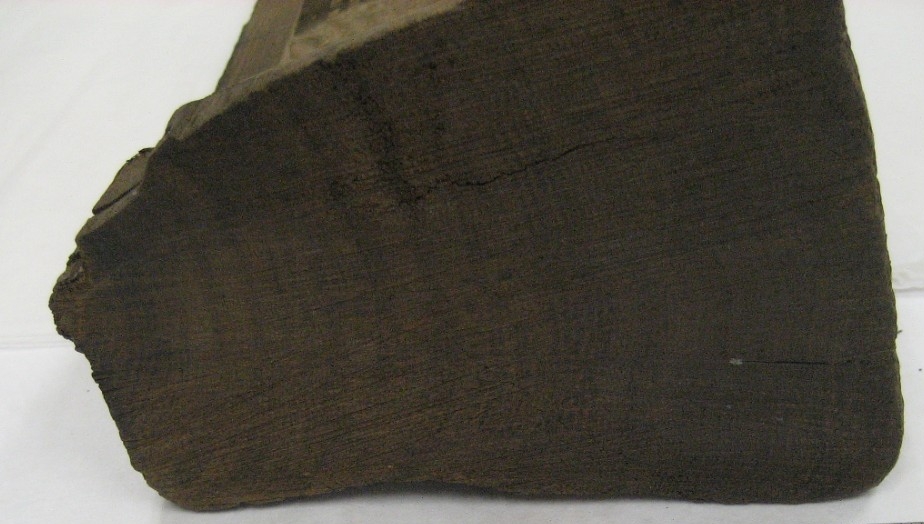