One plastic water bottle with a pink paper label. The label has a scrolling “RR” in rainbow colors with “G.L.A.S.S.” written above. To either side of the logo is the text “The Gay, Lesbian, and Supporting Sailors (GLASS) seeks to foster an afloat command free of prejudice, bigotry, harassment, and violence by providing a space for all Sailors to explore and increase their understanding of aspects related to sexual orientation and expression in an open and non-judgmental environment.” Below the text is a Facebook logo and @CVN76GLASS in bold letters.

The scrolling RR is the symbol of the USS Ronald Reagan- two linked Rs with crossed swords. The rainbow colors of the symbol mirror the rainbow flag that is commonly used as a symbol of the LGBT social movement. Ronald Reagan sailors in G.L.A.S.S. were handing these bottles out to sailors during a port call in Japan in 2017 as a way of advertising the organization. The sailors made the labels and re-adhered them to the water bottles. 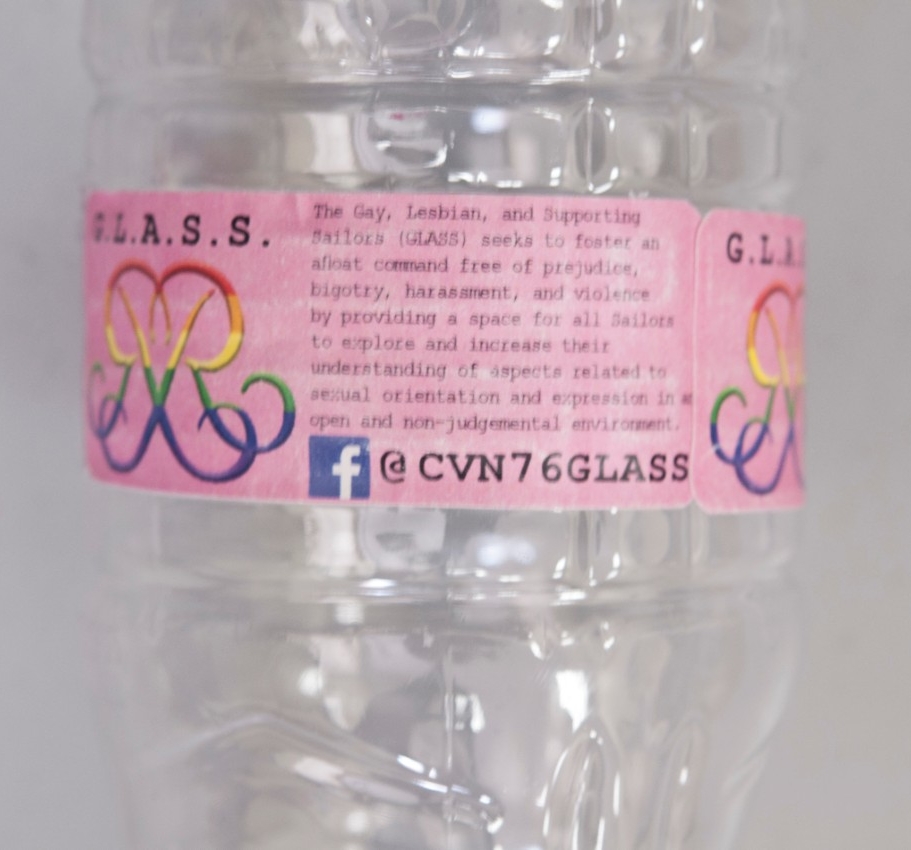