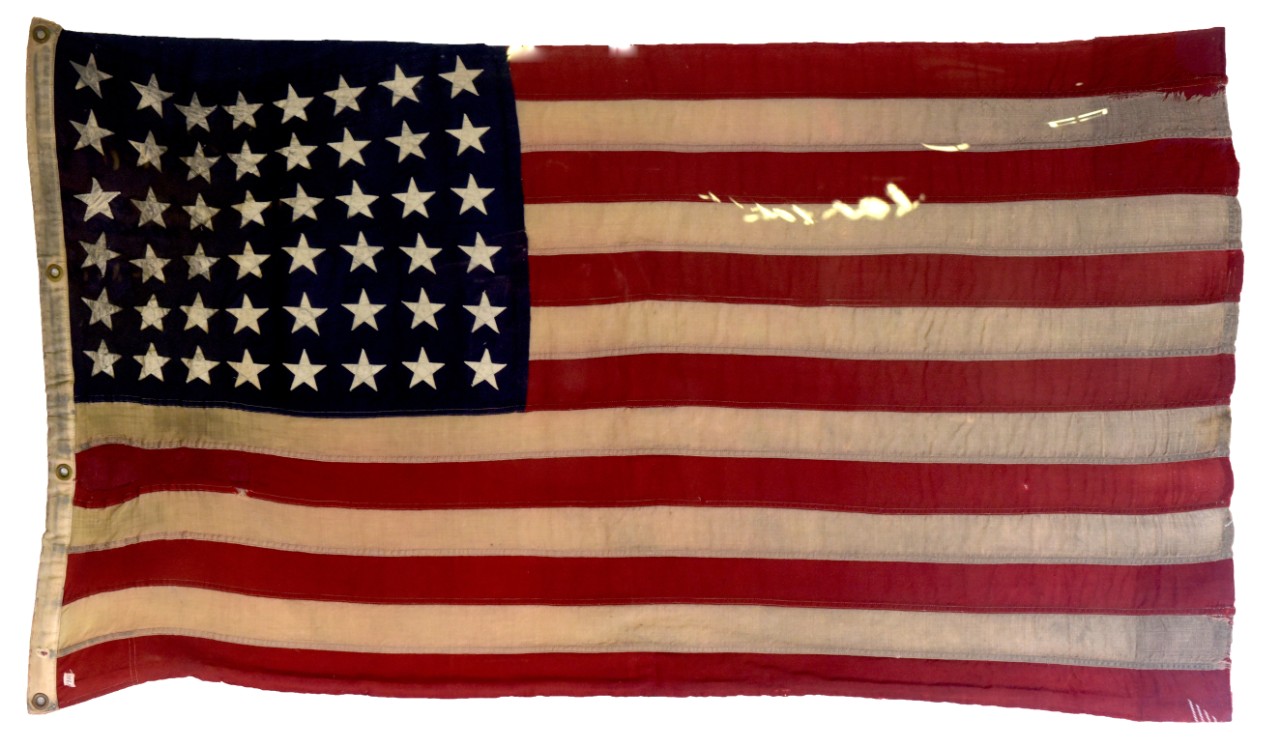 The USS Nashville (CL-43) was a Brooklyn-class cruiser, laid down in 1935 by the New York Ship Building Corp. She was part of the Doolittle Raids in 1942 and was the flagship of Task Force 8, defending Alaska and the Aleutians from the Japanese. On 16 October 1944, USS Nashville sailed from Manus, Papua New Guinea, as the flagship for American General Douglas MacArthur, the Supreme Allied Commander of the Southwest Pacific Area. USS Nashville landed MacArthur on the island of Leyte in the Philippines on 20 October as the American Army was beginning its push to retake the island. Nashville remained on station until 25 October, providing cover for the troops on the beaches and the nearby transports. This ensign was flown aboard USS Nashville when the General sailed to the Philippines to make his triumphant return.