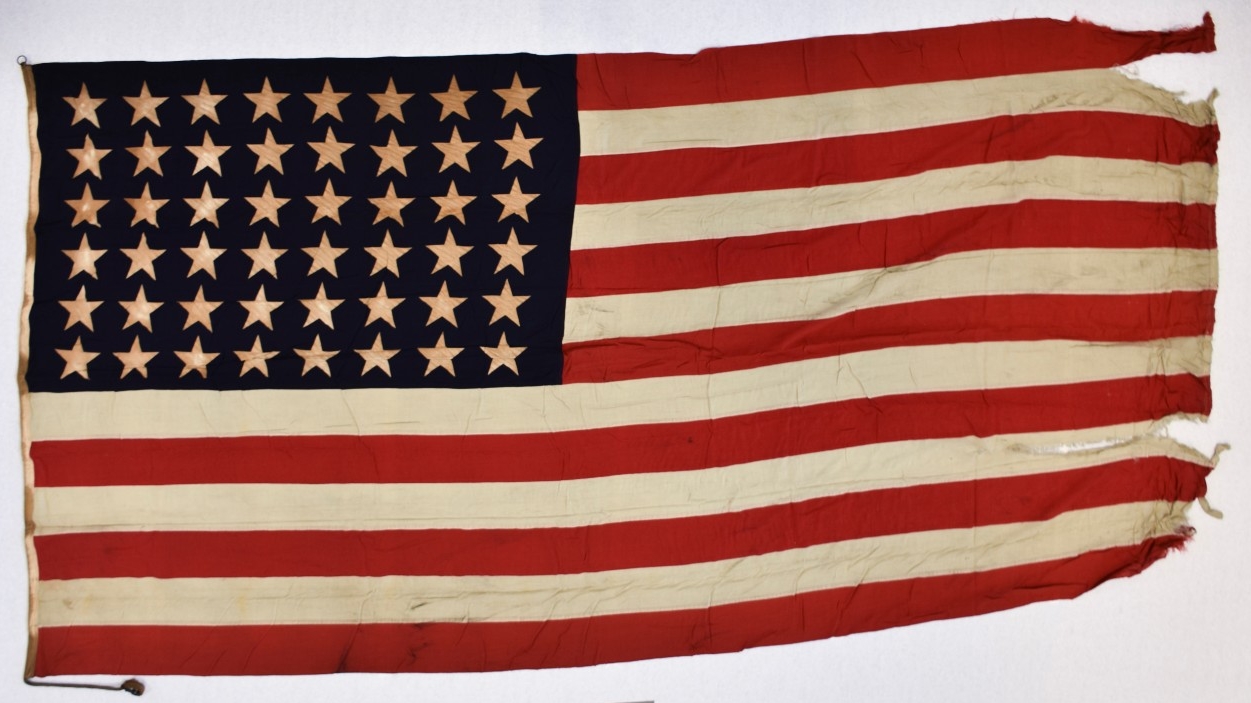 One forty-eight-star national ensign from the light aircraft carrier USS Cowpens (CVL-25) The flag is cotton, of sewn construction and rectangular in shape. Seven alternating horizontal stripes of red and white are joined to a blue canton in the top left corner. Forty-eight individually applied white stars are sewn to each side of the canton. There is a rope running through the white hoist which extends out from the top in a short loop containing a metal ring and from the bottom for several inches with a metal snap hook on the end. The fly has worn and frayed corners, a split seam between stripes near the top and a long tear through a white stripe near the bottom.

USS Cowpens, an Independence-class aircraft carrier, was commissioned as CV-25 on 28 May 1943 and re-designated CVL-25 on 15 July 1943. The ship sailed from Philadelphia on 29 August 1943 headed for Pearl Harbor and the Pacific Theater. Cowpens had a long and distinguished career, first assigned to Task Force 14 and then joining Task Force 58, the Fast Carrier Task Force, in January 1944. The Fast Carrier Task Force was designated TF 58 when assigned to Fifth Fleet and TF 38 when assigned to Third Fleet. From the end of 1943 to the beginning of 1945, the ship participated in strikes on and supported amphibious invasions in the Marshall, Caroline and Mariana Islands, as well as Guam, New Guinea, Iwo Jima, Okinawa, Formosa and the Philippine Islands.

The carrier also participated in the Battle of the Philippine Sea on 19-20 June 1944 and the Battle of Leyte Gulf on 25-26 October 1944. Cowpens also survived Typhoon Cobra on 18 December 1944. In July and August 1945, Cowpens participated in strikes on Japan and had the distinction of being the first American aircraft carrier to enter Tokyo Harbor. Sailors from Cowpens were also credited as being the first Americans to set foot on the Japanese mainland.

This ensign was flown from USS Cowpens (CVL-25) during her assignment to Operation Magic Carpet at the end of World War II. Between 8 November 1945 and 28 January 1946, Cowpens made two round-trips to Pearl Harbor, Guam, and Okinawa to bring US service personnel home. 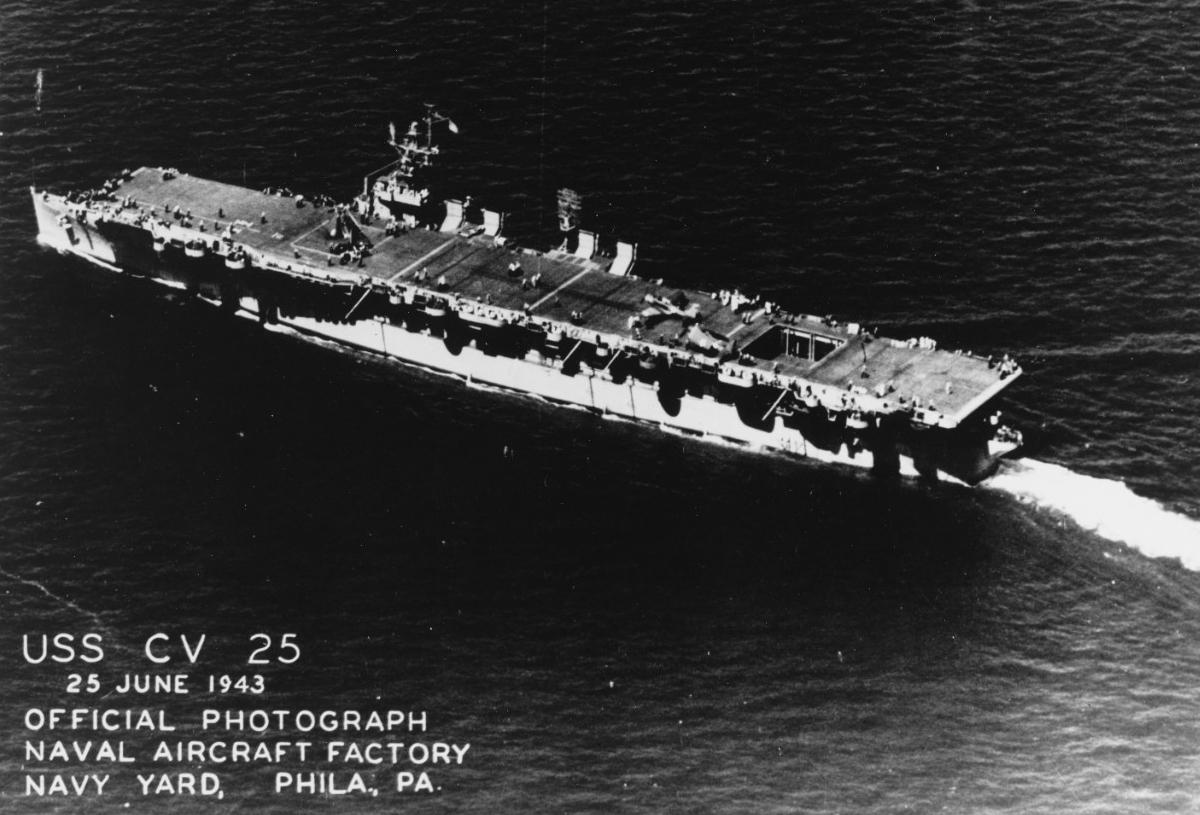