“We Stand By You” Banner 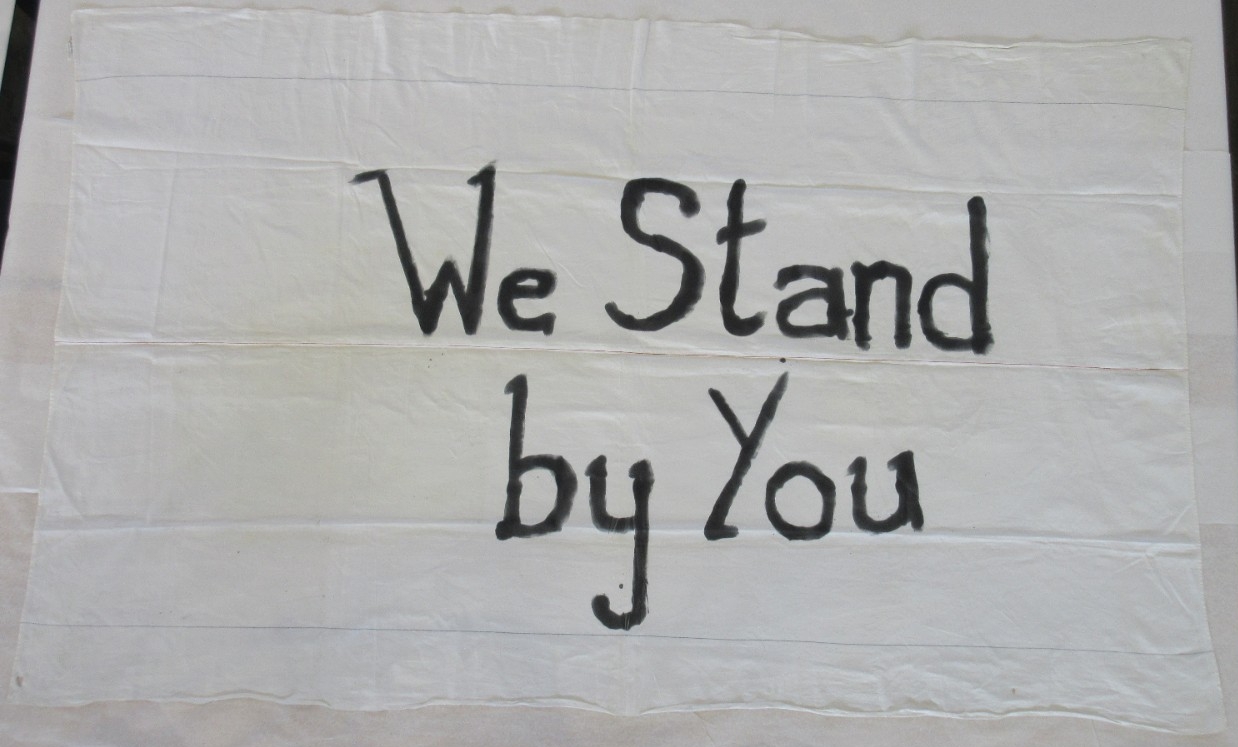 The USS Winston S. Churchill (DDG-81), an Arleigh Burke Class Destroyer, was launched from the Bath Iron Works, ME, in April 1999, and commissioned in Norfolk, VA in March 2001. After a summer shakedown cruise off Florida, the ship set sail for Plymouth, England in late August to welcome aboard a Royal Navy exchange officer, host distinguished visitors, conduct drills, and engage in joint exercises off the southern coast of England.

The German destroyer, FGS Lutjens (D-185) had also made port in Plymouth, England, earlier, for a few days of rest and recreation. While the USS Winston Churchill was in port, the crew from both ships quickly became friends, interacted and played some games of soccer when time allowed. It was then while both ships were in England on 11 September 2001, that the terrorists made their attacks on America. Because of the time difference, when the morning attacks occurred in the United States, it was midafternoon in England. The Winston S. Churchill was at sea undergoing exercises at the time of the attack, and so remained at sea until 18 September before making port again.

On 14 September, as the Lutjens was leaving England to return home, the ship’s captain asked permission to pull alongside the Winston Churchill as they were getting underway. As the ship approached the Churchill, it was apparent that the entire crew of the Lutjens was "manning the rails". Among the men standing on the superstructure, several were holding up the spontaneous made banner made from a bedsheet, that read: “We Stand / By You”. Above the banner, both an American and German flag were flying at half-mast side by side from the yardarms.

“Manning the rails” is a naval tradition where the ship’s crew line up along the rails of the main deck, as well as the superstructure to salute or render honors to a person or another military vessel. It is used sparingly.

The simple and quiet act of empathy the German sailors showed the American sailors spoke volumes as it was reported that there was not a dry eye aboard the Winston Churchill as the Lutjens passed by. More importantly, the honor bestowed was a broad statement speaking to the US Navy and America indicating Germany’s support of the United States.

One bunk bed sized linen bed sheet from the German Destroyer, FGS Lutjens. The sheet is white and has three very thin zig-zag accent lines sewn in lengthwise, using colored thread. The center line is colored red, and two outer lines are in gray colored thread, and run on either side of the red line, but closer to the edges. The sheet is hemmed on the two short ends, while the long sides are machine edged. A buttonhole is incorporated just inside each corner on the short end opposite the manufacturer's label. The label is sewn into and on the underside of the hem.

Thick, black letters written with a Sharpie pen across the middle of the sheet, ranging from about six inches to 14 inches tall, read: "We Stand / By You".

The bedsheet underwent a conservation review and treatment in 2021 in preparation for the 20th anniversary of the September 11 attacks. 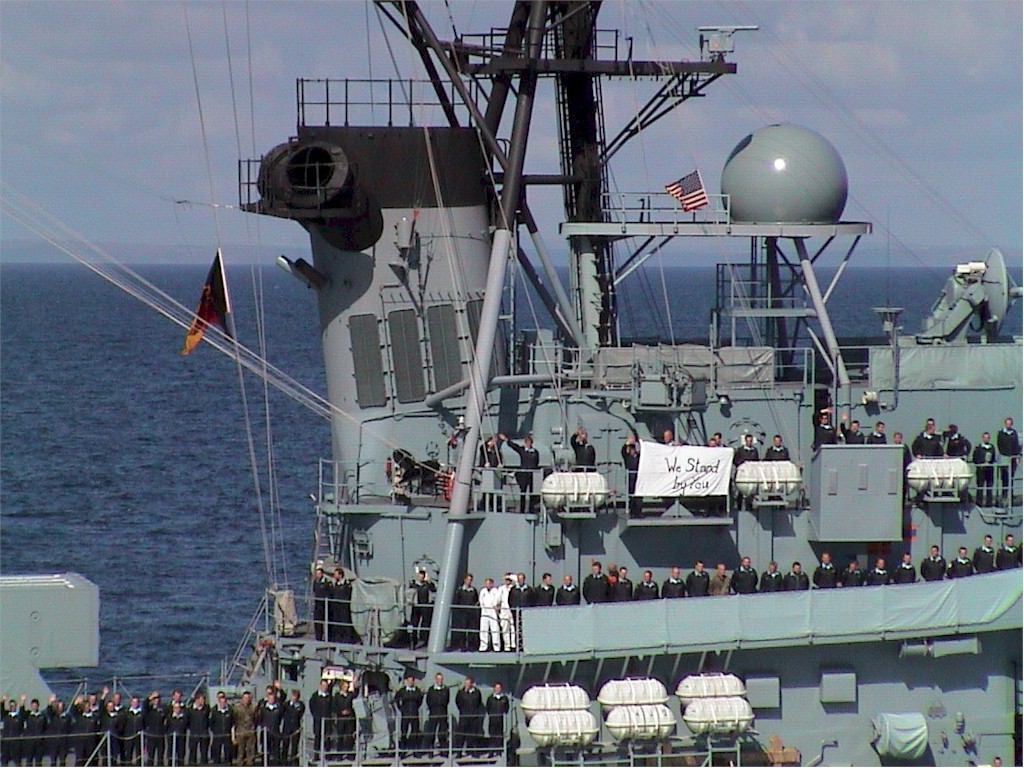