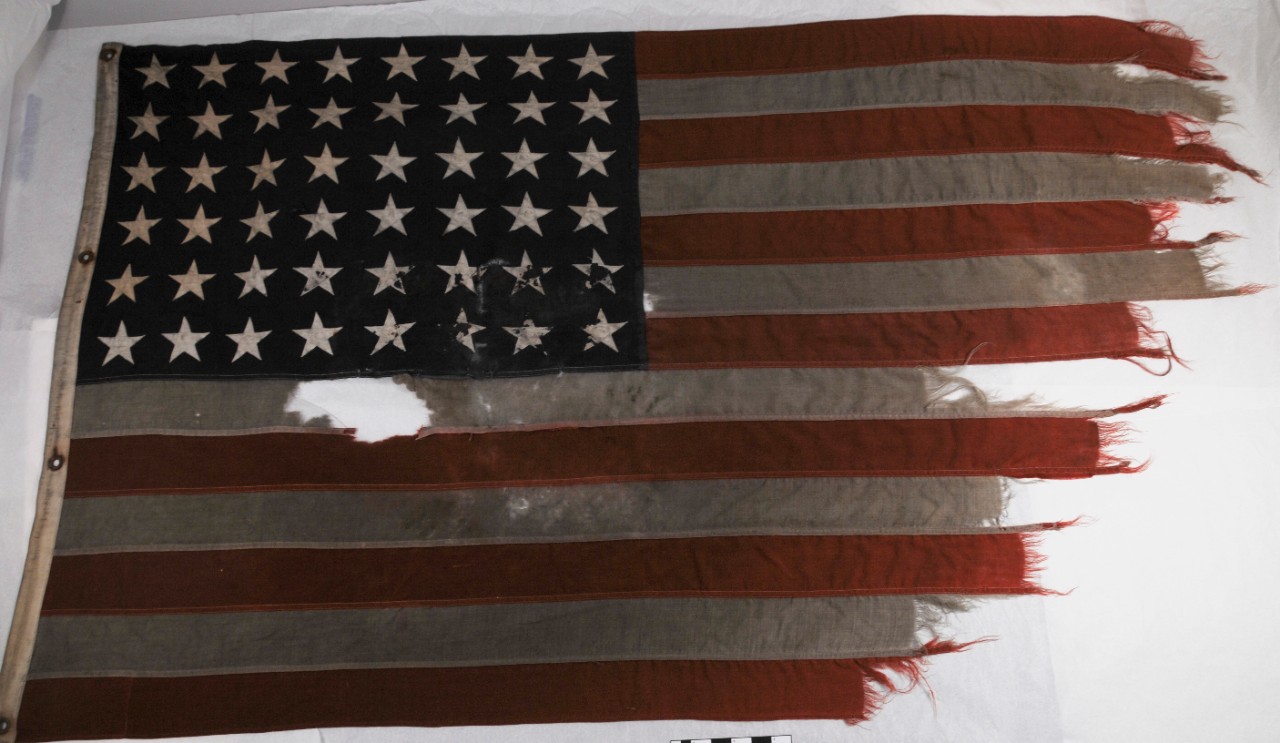 One 48-star national ensign from LCI(L)-488. The rectangular cloth flag has a dark blue canton with 48 white stars. The fly consists of seven red and six white horizontal alternating stripes. There are four brass grommets on the white canvas hoist. The fly is missing large sections and is frayed. There is a large hole in the white stripe beneath the bottom row of stars.

Landing Craft Infantry, Large (LCI(L)), were used to land infantry troops directly onto beaches by means of two ramps on either side of the bow. LCI(L)-488 was part of Assault Force “O” of the Western Naval Task Force and landed elements of the US Army 1st Battalion, 18th Infantry Regiment, 1st Infantry Division on the Easy Red sector of Omaha Beach during the Allied invasion of Normandy on 6 June 1944. The beaches of Normandy were heavily fortified with obstacles and explosives making the landings perilous for both troops and landing craft. This heavily damaged ensign that flew above LCI(L)-488 during the landings at Normandy attests to the heavy fire experienced by the crew and troops aboard the landing craft. 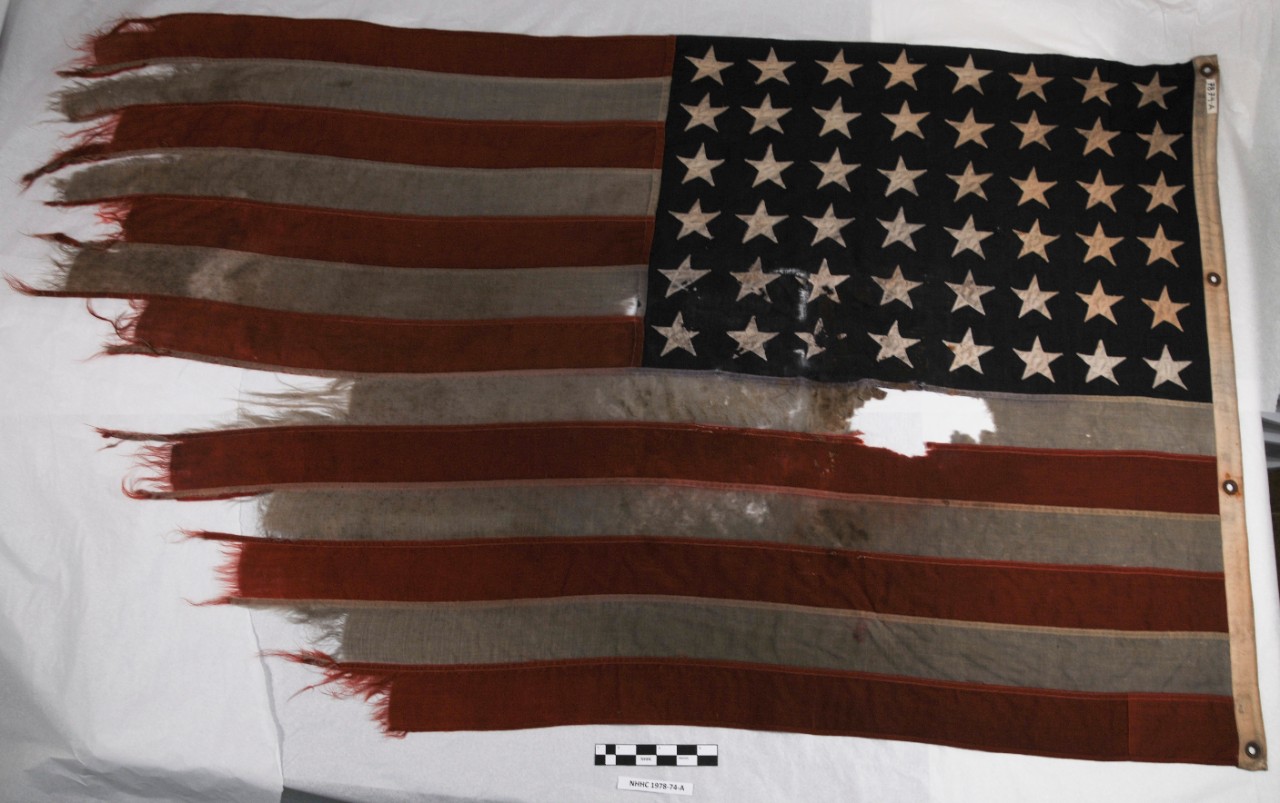