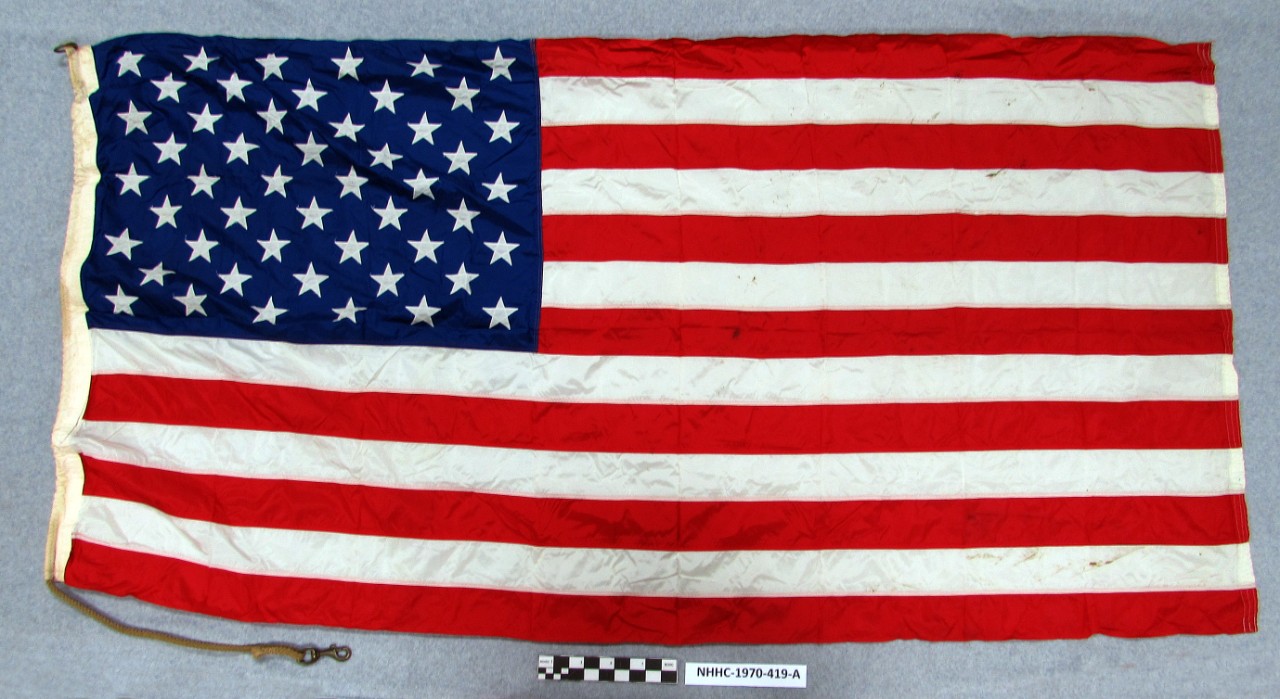 One fifty-star national ensign from USS Escape (ARS-6). The nylon flag has a blue canton with fifty white stars. The remainder of the fly consists of seven red and six white alternating horizontal stripes. It has a white canvas hoist, attached brass ring, and snap hook.

Commissioned 20 November 1943 as a Diver-class rescue and salvage ship, Escape spent the latter part of World War II involved in recovery missions off of Bermuda. Though decommissioned in 1946, she was recommissioned in 1951 to continue her salvage operations along the eastern seaboard and the Caribbean. Her mission changed slightly when, on 30 January 1960, Escape was assigned to assist in the space flight program, starting with Project Mercury. During the launch of Apollo XIII on 11 April 1970, this ensign flew aboard Escape while she served as a secondary recovery ship for the launch.