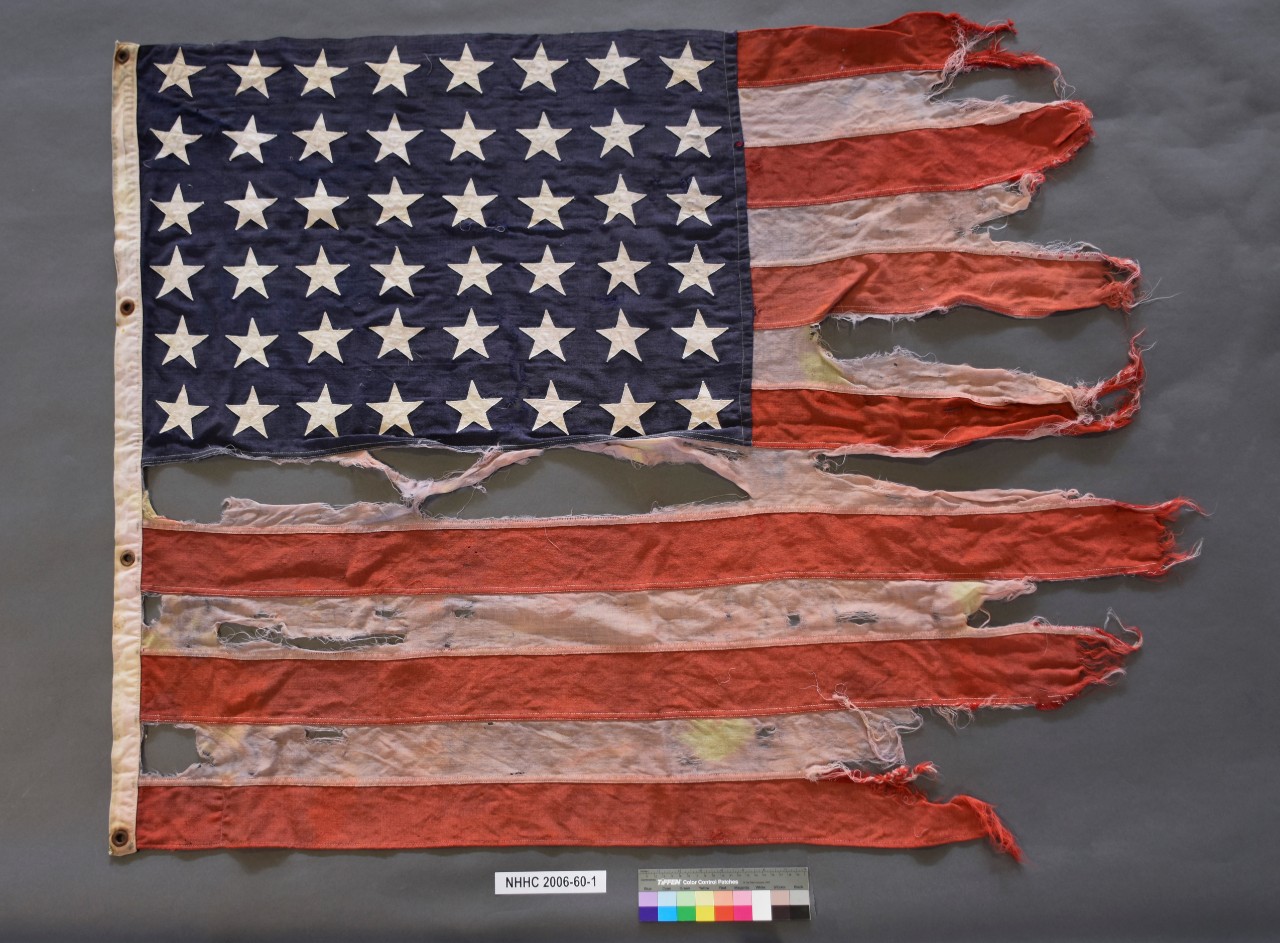 One 48-star national ensign. The hoist is canvas with four brass eyelets. The field consists of thirteen equal horizontal stripes of red alternating with white, with a blue rectangle in the canton bearing 48 small, white, five-pointed stars arranged in six horizontal rows.

This national ensign flew aboard LCI(L)-711 during the landings on Leyte in October 1944. Landing Craft, Infantry, Large (LCI(L)) were unnamed Navy craft designed for troop transport and amphibious assault. The LCI(L) could carry about 200 troops and 22 crew. LCI(L)-711 was one of many LCI’s used by the Navy to land American troops on the beaches of Leyte in a bid to liberate the Philippines from Japanese control. While the LCIs were performing their duties near the beaches, the larger Navy ships were simultaneously engaged in heavy action in the Battle of Leyte Gulf. 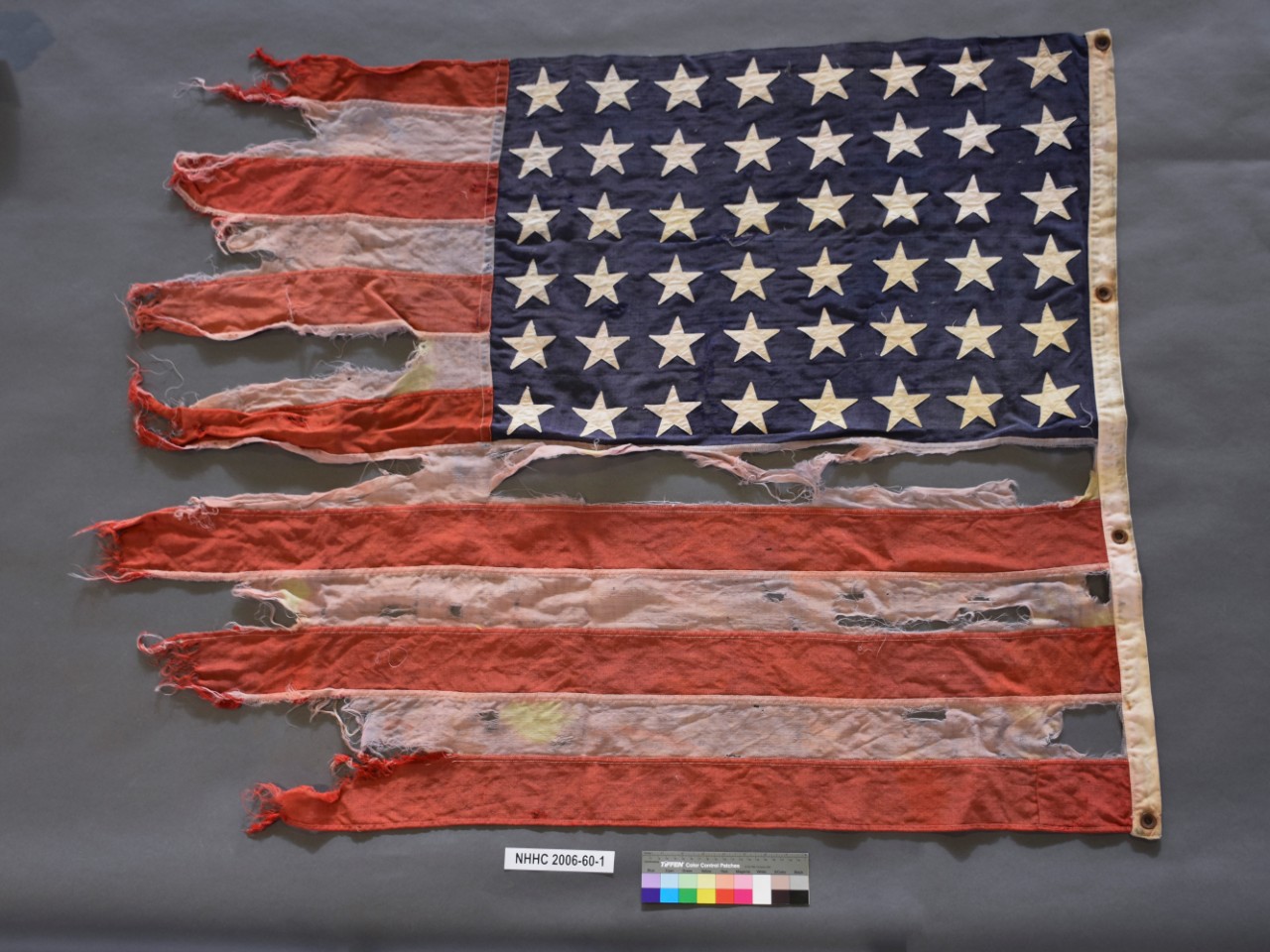