One US Navy commissioning pennant from USS Morris (DD-417). The pennant is cloth with a tapered rectangular shaped, swallowtail design. It has a blue canton with seven white embroidered stars. The fly consists of one red and one white horizontal stripe. The white canvas hoist has a brass grommet. Black ink lettering on the hoist reads "Commission Pennant / flown by USS Morris / June 4, 5, 6, 7, / 1942 / Battle of Midway".

Recently returned from Pearl Harbor where she had sought repairs following damage received during the Battle of the Coral Sea, USS Morris rejoined Tack Force 17 as part of the destroyer screen for USS Yorktown as they prepared to ambush the Japanese at Midway. During the battle, USS Yorktown (CV-5) was struck and heavily damaged by two torpedoes. Along with the other destroyers in the task force, Morris pulled alongside the stricken aircraft carrier and managed to rescue over five hundred of her crew. Though attempts were made to salvage the stubborn Yorktown, another torpedo attack on 5 June ended the effort and she eventually succumbed to her injuries and slipped beneath the waves on the morning of 7 June. This commissioning pennant flew over USS Morris during the engagement. 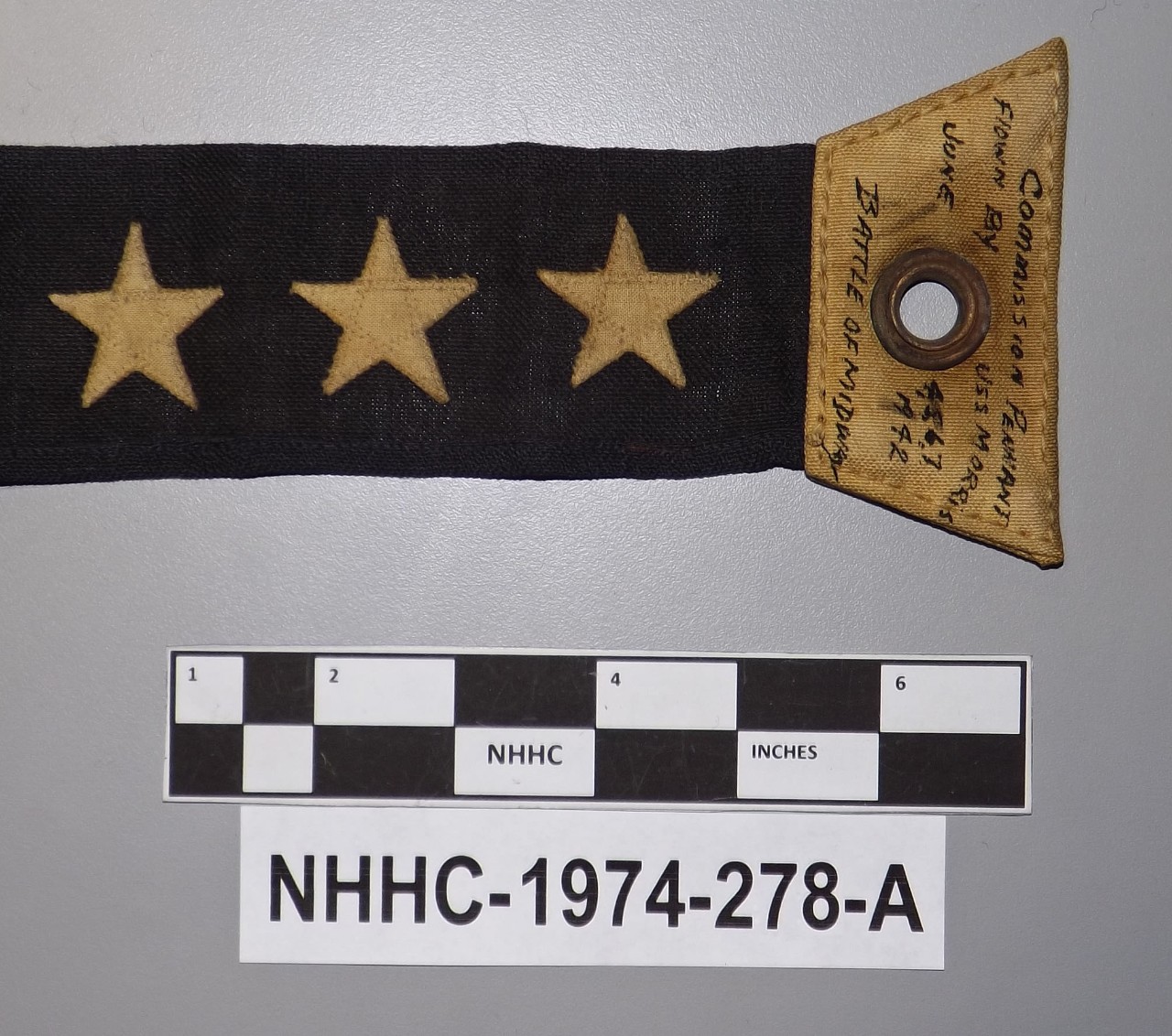