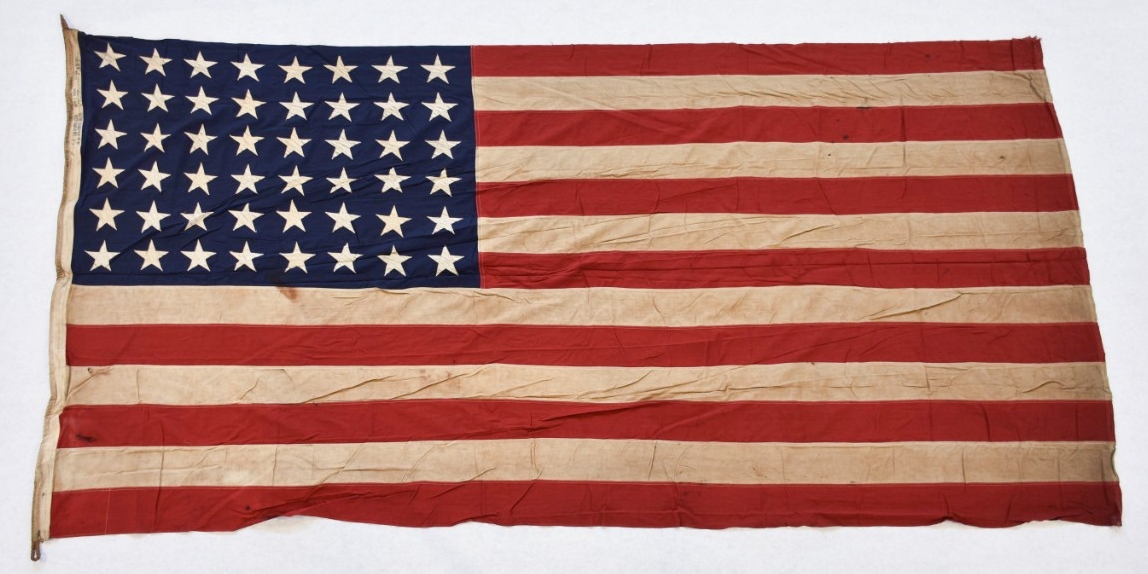 One forty-eight-star national ensign from the escort aircraft carrier USS Thetis Bay (CVE-90). The flag is cotton, of sewn construction and rectangular in shape. Seven alternating horizontal stripes of red and white are joined to a blue canton in the top left corner. Forty-eight individually applied white stars are sewn to each side of the canton. There is a rope running through the white hoist which extends out from the top and bottom and is folded back at each end to form loops. The hoist is stamped in black with manufacturing information and dimensions.

USS Thetis Bay, a Casablanca-class escort carrier, was commissioned on 21 April 1944. After a brief shakedown cruise out of San Diego, she sailed from San Pedro on 5 June loaded with planes and passengers for the Pacific. Between June 1944 and April 1945, the ship made multiple round-trip voyages between California, Pearl Harbor and locations throughout the Pacific Theater, including the Gilbert and Marshall Islands, and New Guinea.

On 25 June 1945, Thetis Bay arrived at Apra Harbor, Guam for assignment to Task Group 30.8 as a replenishment carrier resupplying Task Force 38. The ship made multiple runs between Guam and the Task Force to resupply the fast carriers with replacement aircraft, men and supplies. She returned to Alameda from Guam on 7 September 1945. Thetis Bay was then assigned to Operation Magic Carpet, the return of US personnel from overseas theaters to the US. The ship served in this role from September 1945 until January 1946. This ensign was flown from the gaff of CVE-90 during her final run of Operation Magic Carpet from Yokosuka, Japan to the United States during 12-26 January 1946.

On 7 August 1946, the ship was placed out of commission in the reserve fleet at Bremerton, Washington. 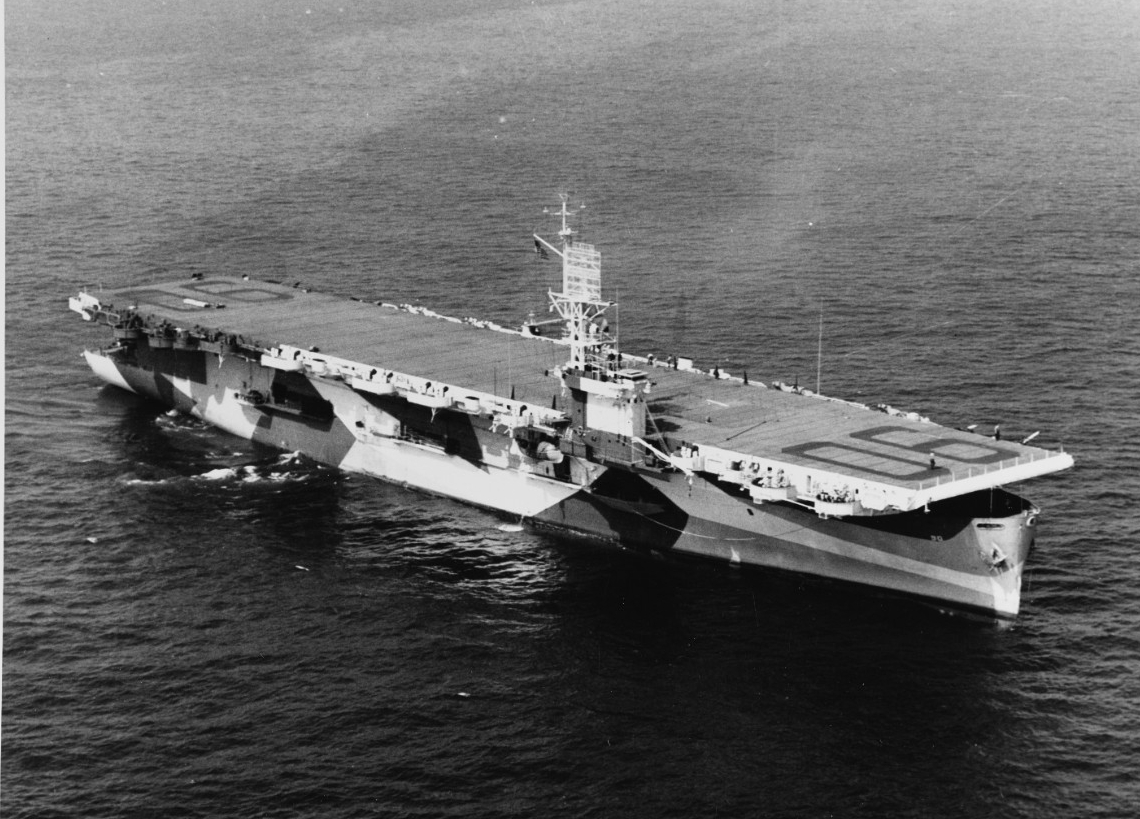