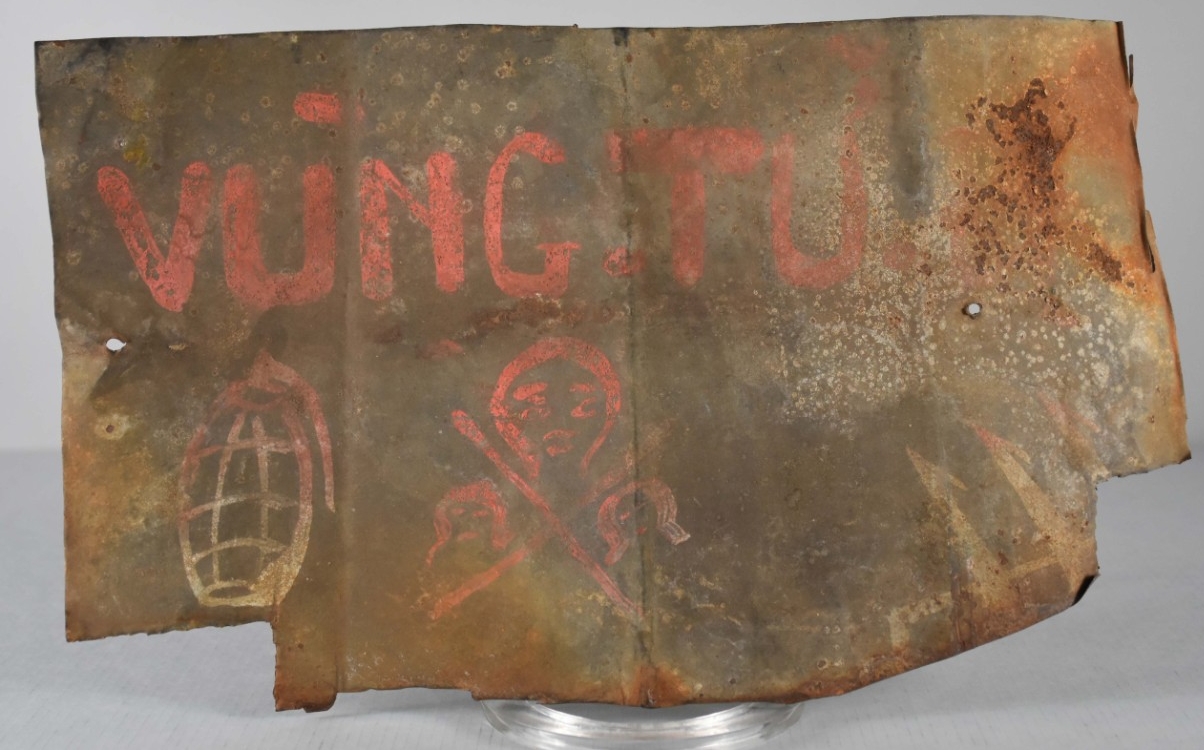 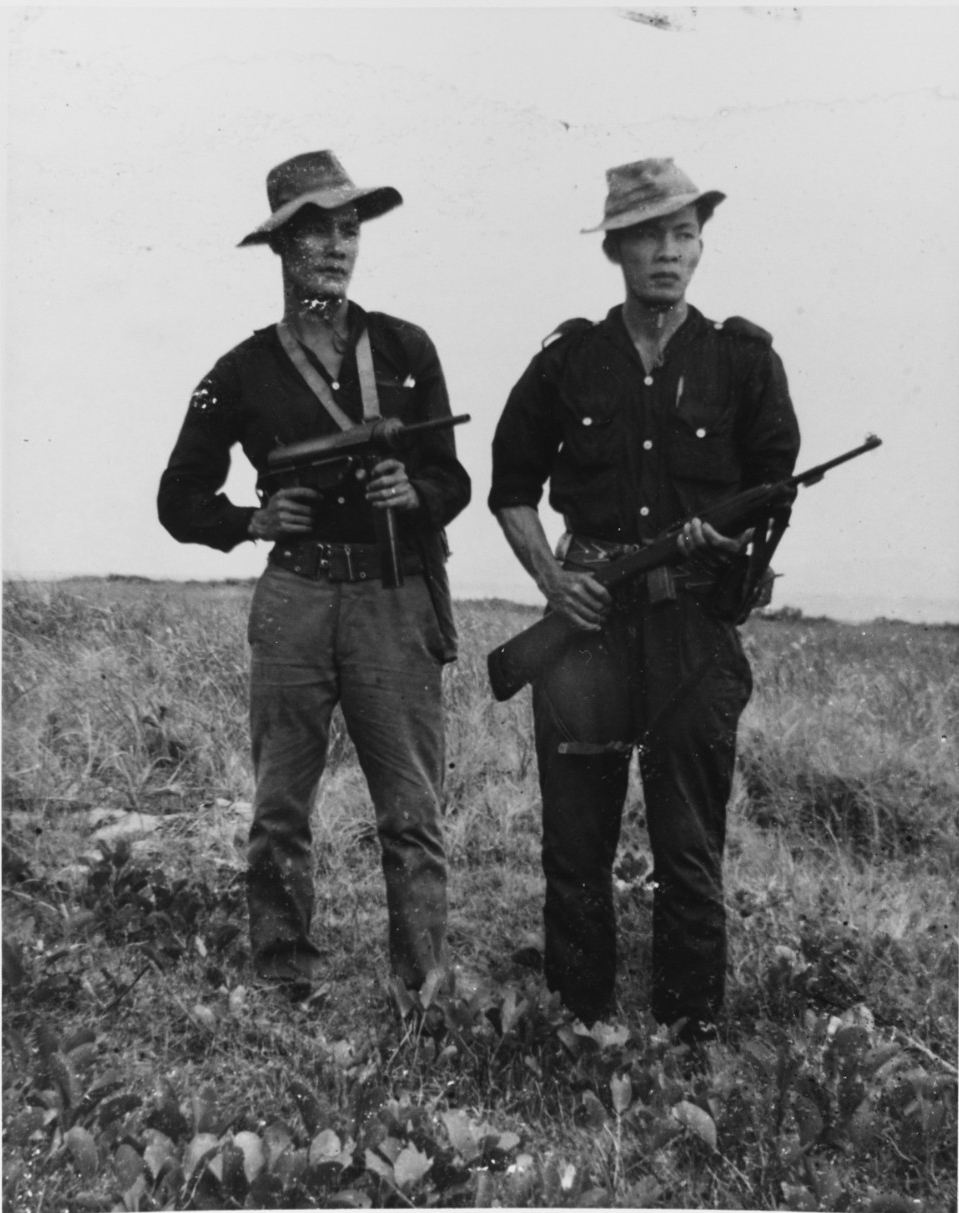 Caption: Two Viet Cong in a Viet Cong base camp in the Rung Sat special zone.

During the Vietnam War, historians assigned to US Naval Forces frequently sent material directly from the battlefield to the Naval Historical Center (now NHHC) for study and preservation. More than just curios, items such as captured munitions were used to train Naval Forces preparing to serve in the South East Asian theatre. The Naval Historical Center received this sign along with other similar signs, Viet Cong weapons and munitions, weapon manufacturing tools and cookware, as well as a complete sampan.

The rectangular, locally produced and hand painted warning sign in NHHC's collection was recovered by US Naval Forces Vietnam in 1968. The sign is constructed from salvaged or scrap metal, with gradating pink markings painted on one side. The metal is roughly cut around the edges and perforated in the center left and center right of the sign, presumably for mounting.

The hand painted imagery on the obverse side of the sign includes a hand grenade in the lower left, a punji stake trap in the lower right, and a skull and cross bones bottom center. Hand lettering spells out “VÙNG.TU.” along the top portion of the sign, loosely translated as “Dead Zone”.  There may have been a second phrase painted on the sign, which is now illegible due to surface rusting. 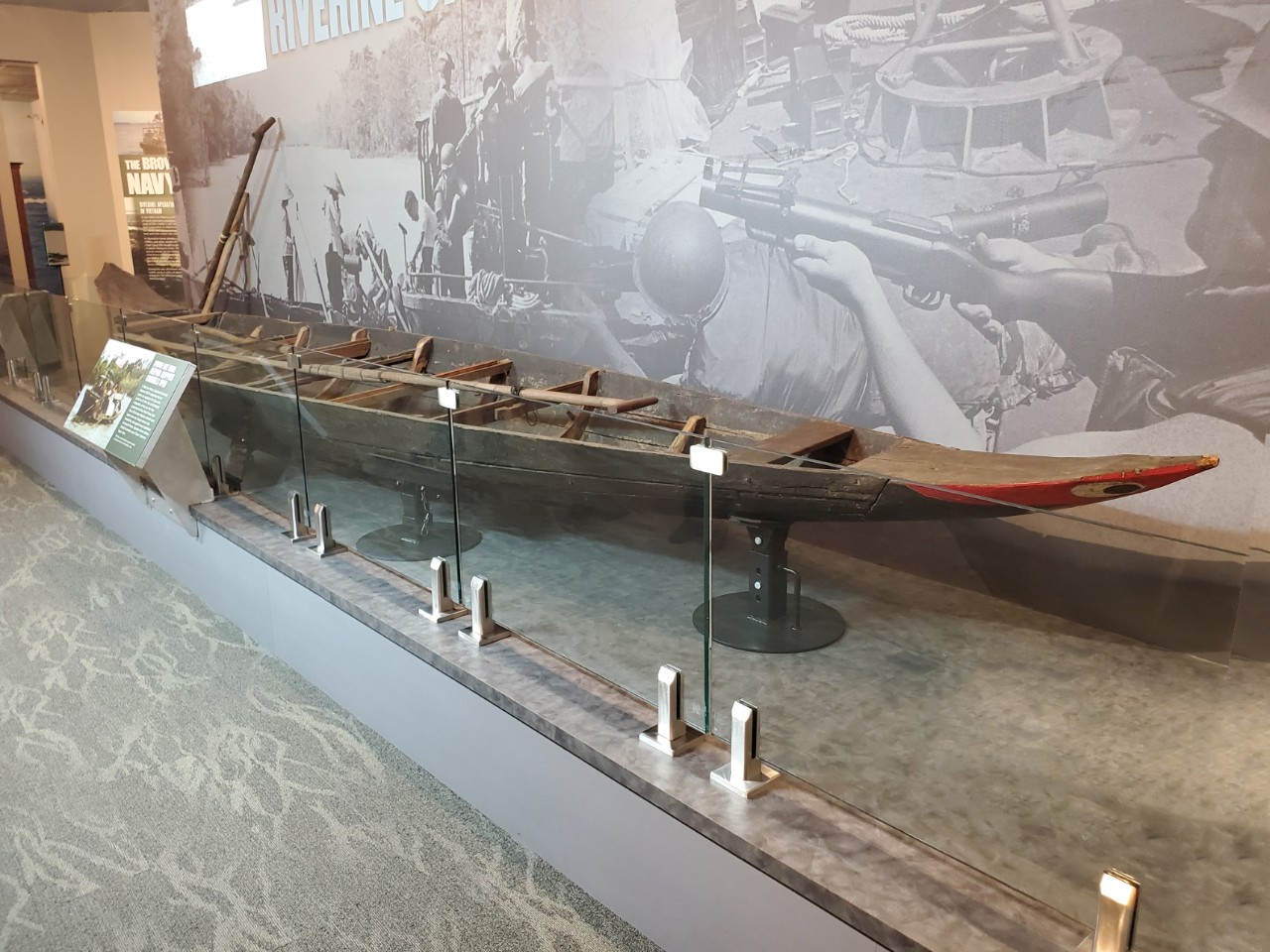 Caption: Sampan on display at the Hampton Roads Naval Museum’s exhibit, “The Ten-Thousand Day War at Sea: The US Navy in Vietnam, 1950-1975.”