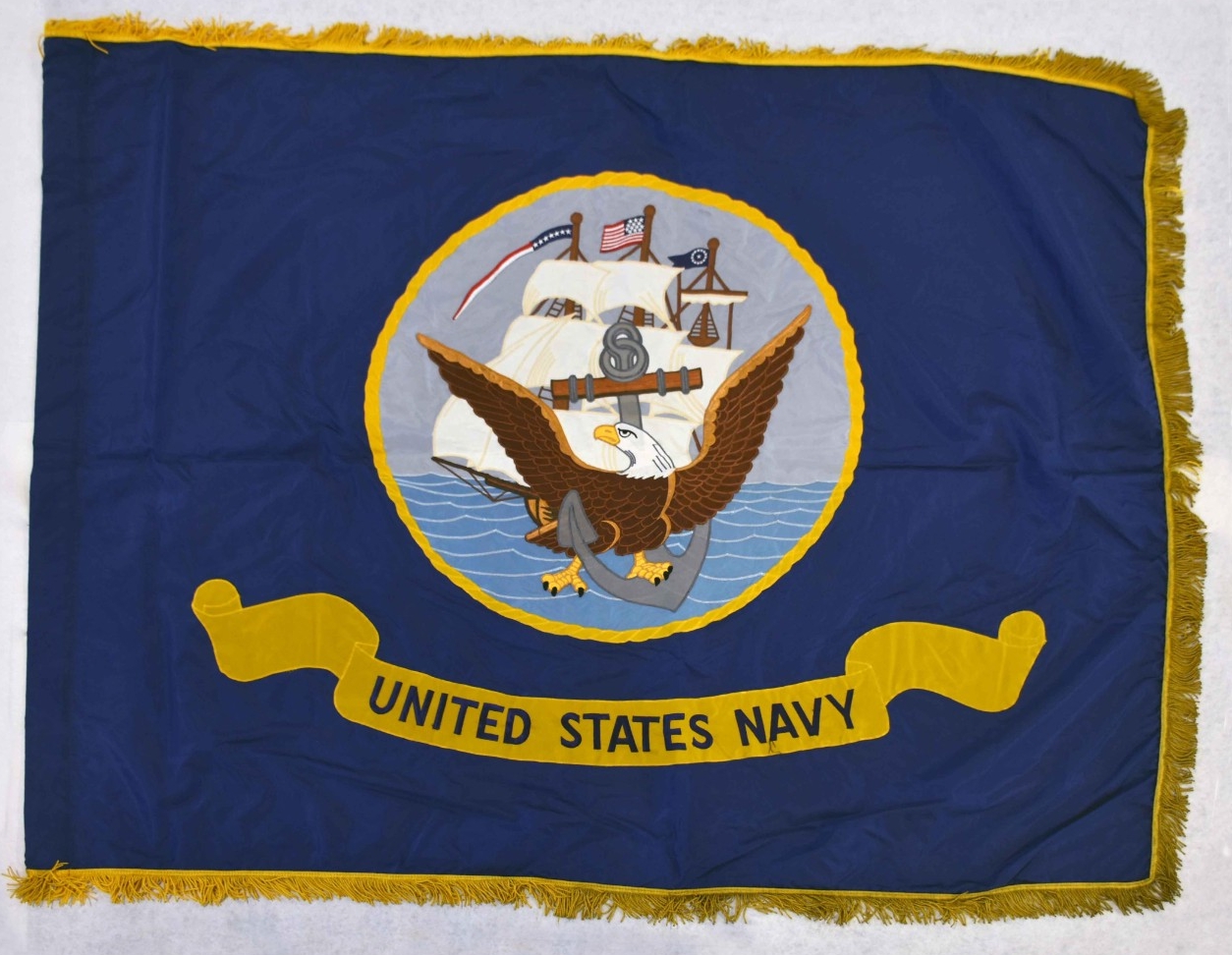 This US Navy flag was located on the ship’s quarterdeck during the attack. The fly end of the flag is soot stained from the explosion.

The flag was transferred to Naval History and Heritage Command in 2001 along with several other objects while the ship was undergoing repairs in Pascagoula, Mississippi. The damaged and smoke scarred national ensign remains on board USS Cole, as a poignant reminder of that day.