Ensign flown aboard the Olympia during the Battle of Manila Bay, 1 May 1898 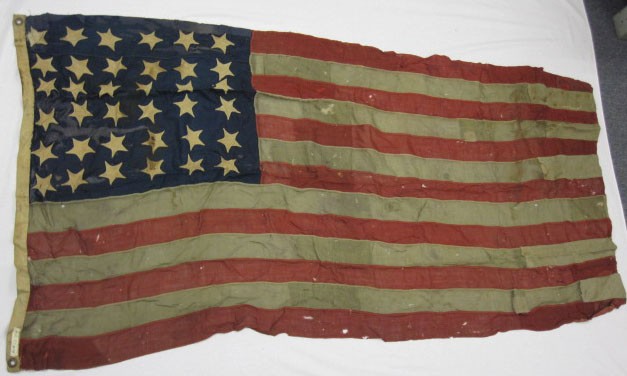 One rectangular cotton flag of the United States of America. The flag consists of seven red and six white stripes with a blue canton in the top left corner containing 36 white stars. The reverse of the hoist is stamped in black ink "U.S.S. OLYMPIA MANILA BAY MAY 1 1898."

This 36-star national ensign of the United States of America was flown aboard the USS Olympia, Commodore Dewey’s flagship, during the Battle of Manila Bay on 1 May 1898.

The Battle of Manila Bay was the first major engagement of the Spanish-American War. The American squadron, under the command of Commodore George Dewey, defeated the Spanish fleet in a matter of hours. 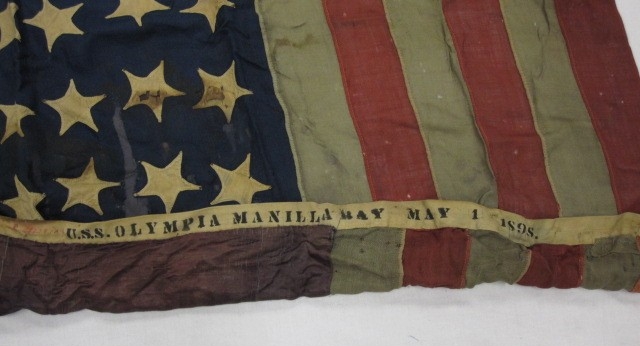