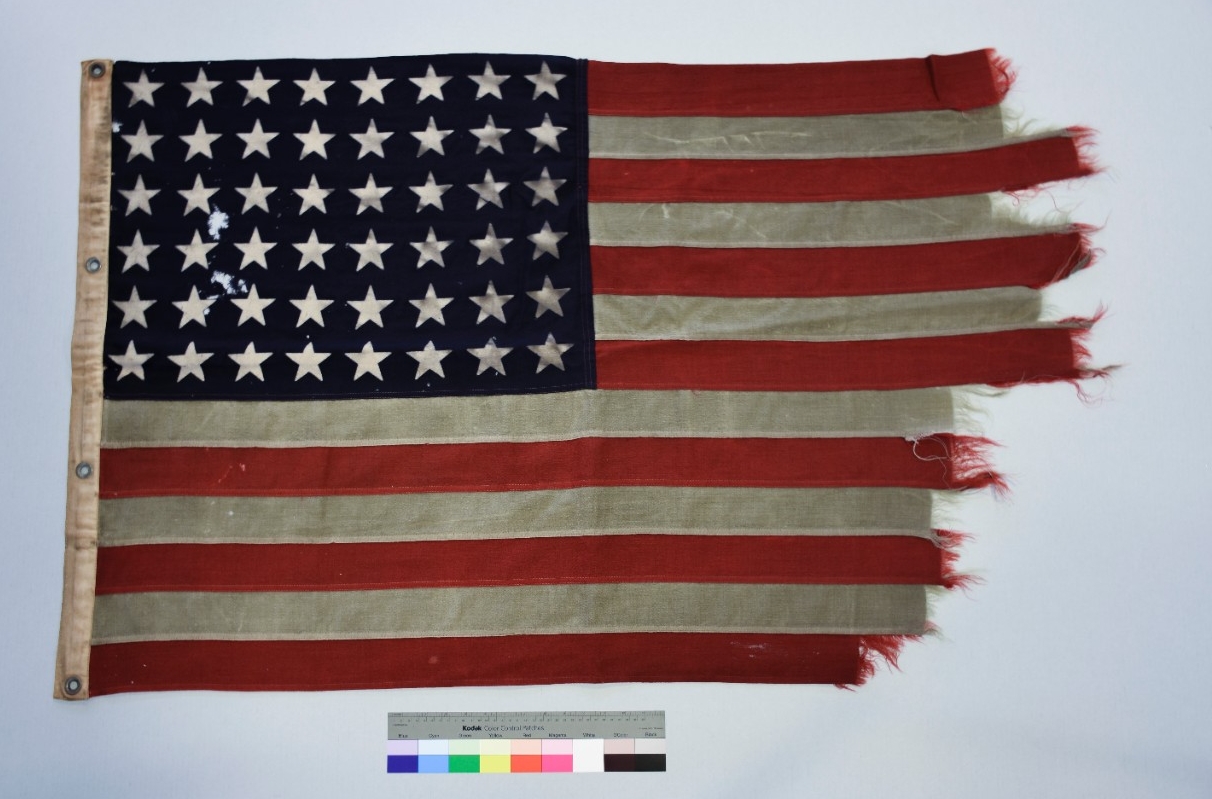 One national ensign flown aboard USS Shasta (AE-6) during the Battle for Iwo Jima in 1945. The flag has forty-eight white stars on a blue field at the canton. Thirteen alternating red and white stripes make up the main field of the flag. At the hoist is a canvas with four grommets. The fly of the flag is heavily frayed. The flag overall has heavy staining with loss of material throughout.

Shasta was an ammunition ship designed to carry ammunition to replenish naval ships of the US battle fleet. She was part of the task force sent to invade the Japanese-held island of Iwo Jima in early 1945. During the battle, she supported the operations of the gunfire support force by delivering ammunition to ships that were in turn supporting the Marines ashore. In this capacity, she came under fire by Japanese shore batteries.

Shasta’s flag was replaced on or shortly after 2 March 1945. The ship’s supply officer, Lieutenant j.g. William Helscher, placed the flag in storage but later discovered it among his belongings. He donated the flag to the Naval Historical Center, the forerunner to the Naval History and Heritage Command, some 55 years later.

Helscher explained in his own words what the flag meant to him: Donating it “in the name of the officers and enlisted men who served aboard the Shasta in World War II in the Pacific, my hope is that it can serve as a testimonial to the honor and courage and to the horror and sacrifice that was Iwo Jima.”