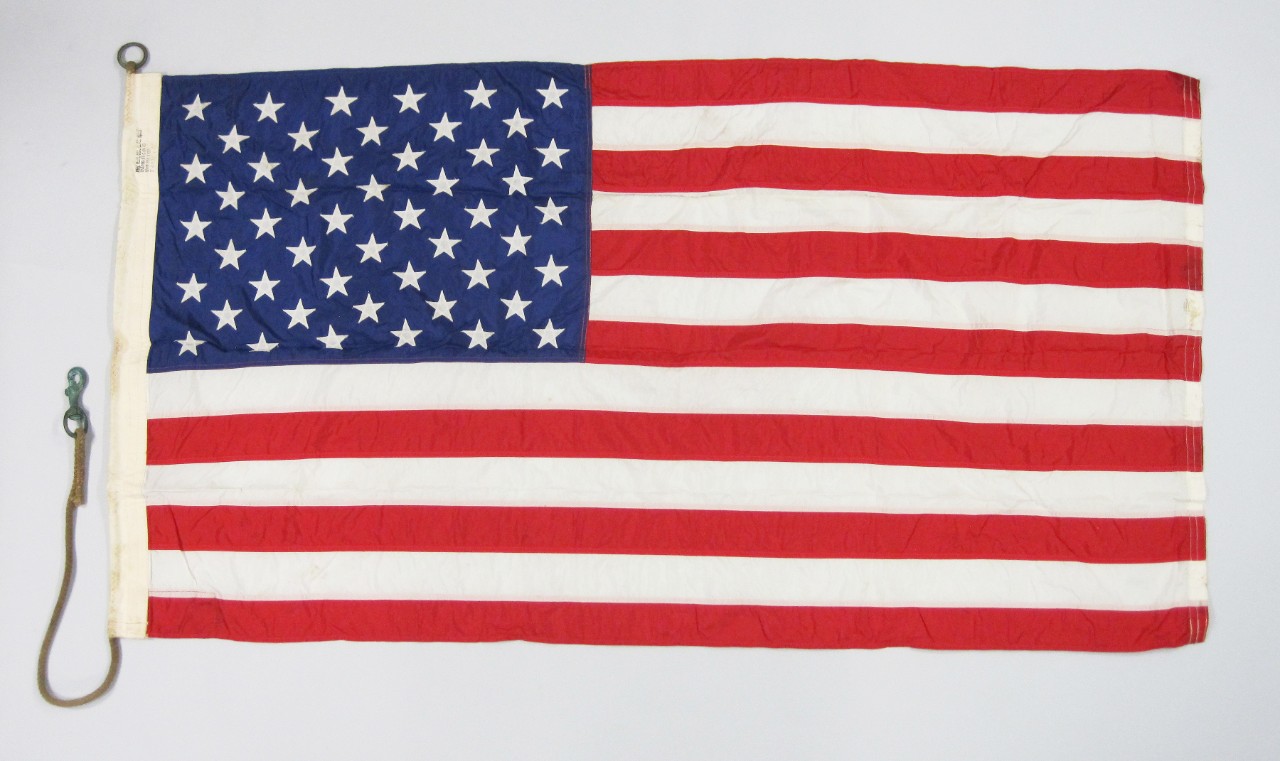 One fifty-star national ensign from the aircraft carrier USS Hornet (CVS-12). The flag is nylon, rectangular in shape, with seven alternating horizontal stripes of red and white. The blue canton in the top left corner contains fifty white stars. There is a rope running through the white hoist. At the top of the rope is a small metal ring. At the bottom of the rope is a metal snap hook.

By 1969, USS Hornet was a decorated veteran of World War II and the Vietnam War, preparing for her decommissioning the following year. Before her final send-off, she was offered one last hurrah- to serve as the Primary Recovery Ship (PRS) for Apollo 11, the first NASA mission to put a man on the moon.

Part of her assignment as the PRS for Apollo 11 included deploying the teams responsible for the recovery of the astronauts. This included underwater demolition team (UDT) swimmers, who extracted the astronauts from the command module, decontaminated them, and assisted them with helicopter extraction, and helicopter squadron four (HS-4), responsible for the transport of the swimmers to the splashdown site and the extraction and transport of the astronauts to the Hornet. After the astronauts were safely onboard the Hornet, she then had to recover the command module Columbia and her precious cargo of moon rocks.

Hornet also had to make room for the Mobile Quarantine Facility (MQF), a specially designed trailer used to quarantine the astronauts to prevent the spread of potential moon pathogens to the Earth. In addition to these vital recovery tasks, she also played host to President Richard Nixon and the legion of press who were granted passage on the ship to film the historic event.

On 24 July 1969, this national ensign flew aboard USS Hornet while she flawlessly performed her historic assignment, having safely recovered the astronauts, command module, and moon rocks.