Swim Fins Used During the Recovery of the Apollo 11 Astronauts 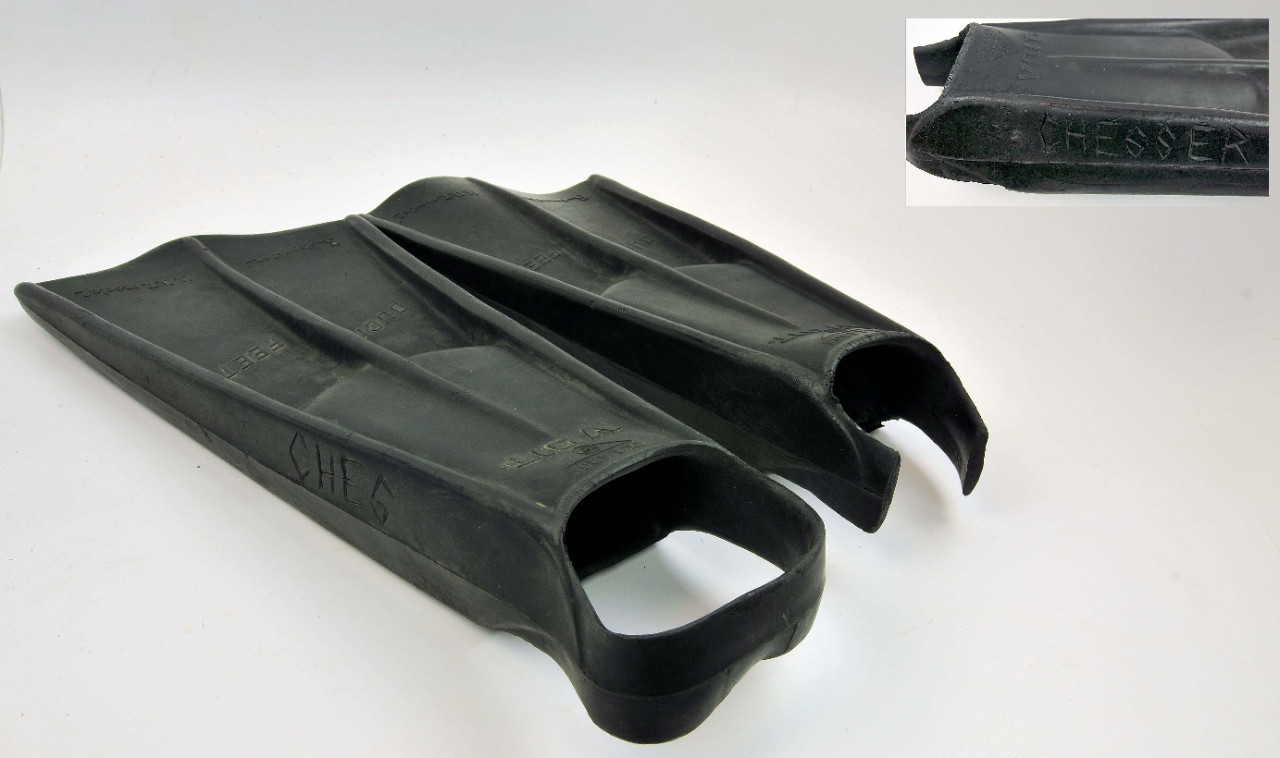 This pair of swim fins was worn by lieutenant junior grade (LTjg) Wes Chesser, an underwater demolition team (UDT) swimmer, during the recovery of the Apollo 11 astronauts. Chesser was the lead for the three-man UDT-11 team, tasked with being the primary swim recovery team for the mission. Their main objective was to secure the command module and prepare it for retrieval.

After the splashdown of Columbia, the swimmers deployed from Helicopter #64, designated Swim Two, near the command module. To stabilize the module, they cleared away the parachutes, deployed a sea anchor to slow the module’s drift, and attached and inflated a floatation collar around the module. They also deployed two life rafts: one was tethered to the command module for the astronauts and decontamination swimmer and another was deployed at a distance from the module for the UDT swimmers. Once these tasks were complete, they remained nearby to provide assistance to the decontamination swimmer and the astronauts if needed.

Once the astronauts had been hauled aboard by helicopter #66, the three swimmers of Swim Two, plus the decon swimmer, remained with the command module to prepare it for retrieval by the primary recovery ship USS Hornet (CVS-12) Once the module was secured with a lifting cable to the ship’s crane, UDT-11’s mission was complete and they were able to return to the Hornet.