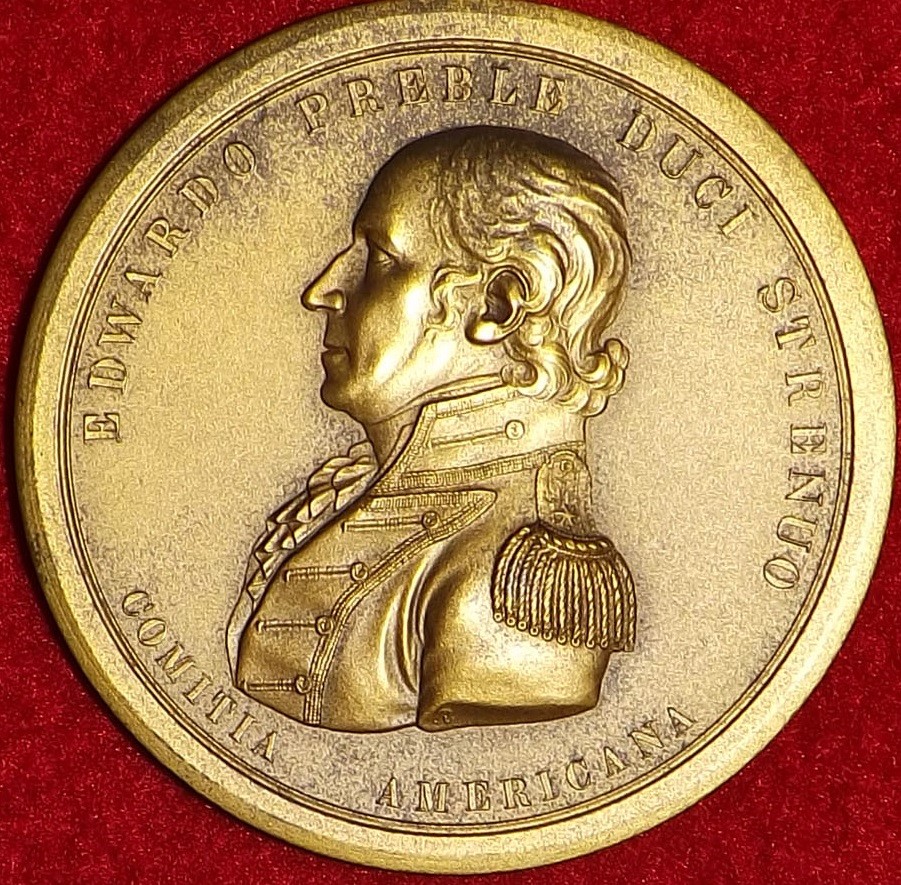 One 1884 reproduction of a Congressional Medal issued to Commodore edward Preble. The obverse has a profile bust of Edward Preble with Latin around the edge reading "EDWARDO PREBLE DUCI STENUO / COMITIA AMERICANA." The reverse has an image of a fleet of ships on the ocean attacking a fort on shore with smoke rising from the fort. Latin around the edge reads "VINDICI COMERCII AMERICANI / ANTE TRIPOLI / MDCCCIV / REPRODUCTION 1884."

In recognition of Edward Preble's exploits in Tripoli, the United States Congress in 1805 resolved, "That the thanks of Congress be, and the same are hereby presented to Commodore Edward Preble, and through him to the officers, petty officers, seamen and marines attached to the squadron under his command, for their gallantry and good conduct, displayed in the several attacks on the town, batteries and naval force of Tripoli, in the year one thousand eight hundred and four."

Congress further resolved that "the President of the United States be requested to cause a gold medal to be struck, emblematical of the attacks on the town, batteries and naval force of Tripoli, by the squadron under Commodore Preble's command...."

The Congressional Medal is minted first in gold, then subsequently in silver and bronze. The Preble medal was sculpted by John Reich.

The Comitia Americana medals were created after a vote by the Continental Congress in March 1776. The congress commissioned the creation of a series of medals to be given to American heroes, foreign royalty, dignitaries, and even universities as a continued declaration and celebration of American independence. To date, there have been 163 medals awarded. 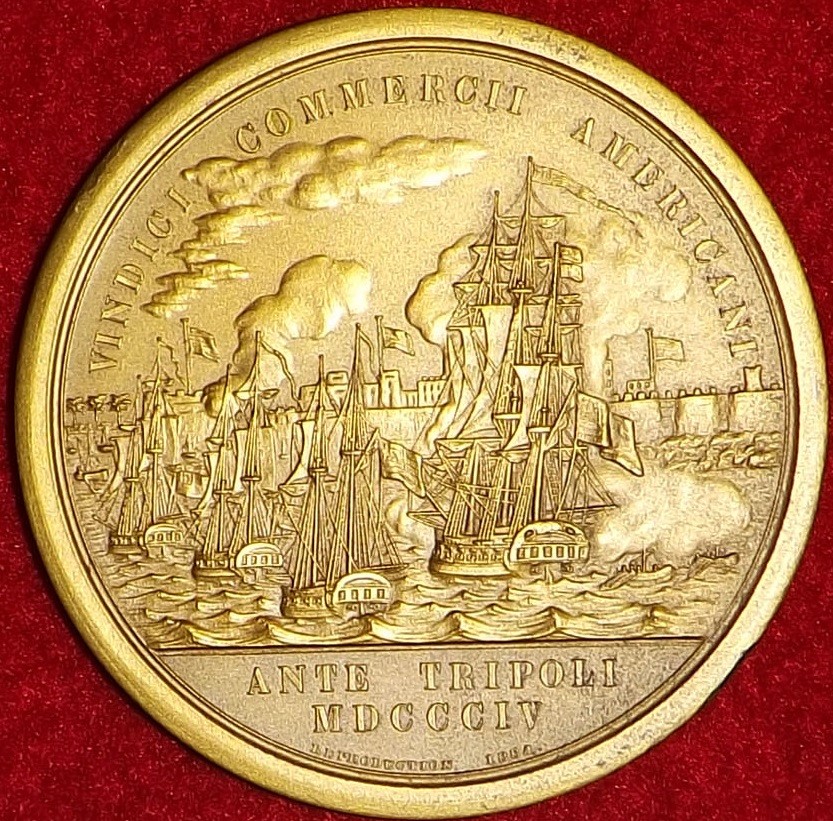