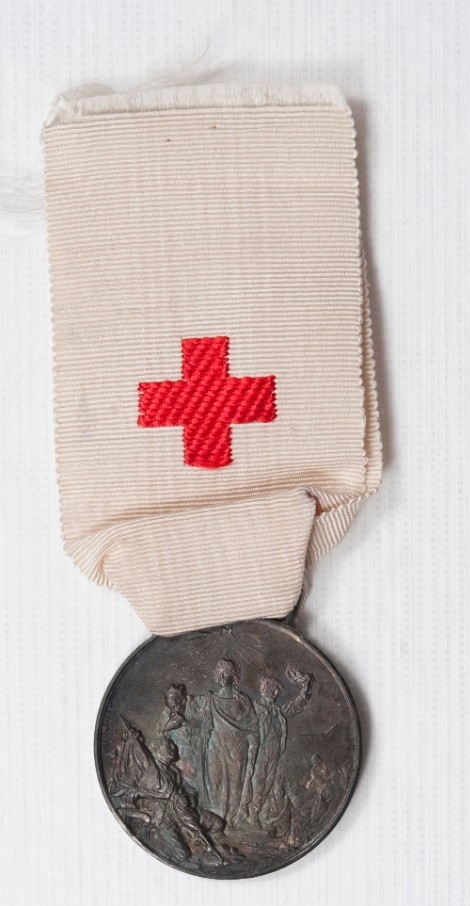 One commemorative Red Cross medal issued by the Italian Red Cross Society for assistance rendered following the 1908 earthquake in southern Italy. Circular silver medal suspended from a white ribbon. The ribbon is embroidered with a red cross. The obverse of the medal has a low relief design of a robed woman with an injured man to her right, kissing her outstretched hand, and a cloaked figure to her left waving a kerchief. Lower left side is a kneeling man holding a flag. Lower right are two soldiers, one mounted, the other leading a donkey. Above the woman is a five-pointed star. On the reverse are the words // Croce Rossa / Italiana / Terremoto / Calabro Sicvlo /MCMVIII // underneath a cross in a circle.

While the Great White Fleet was nearing the end of its around the world tour, on 28 December 1908 a 7.1-magnitude earthquake struck the southern Italian towns of Sicily and Messina. A devastating tsunami followed in the wake of the earthquake. Navy and merchant ships from Italy, Britain, France, and Russia arrived at the devastated region to provide assistance. President Theodore Roosevelt detoured the Great White Fleet from their worldwide tour to assist in the relief efforts. Ships USS Connecticut, USS Illinois, USS Culgoa, USS Yankton, USS Scorpion, and USS Celtic responded. 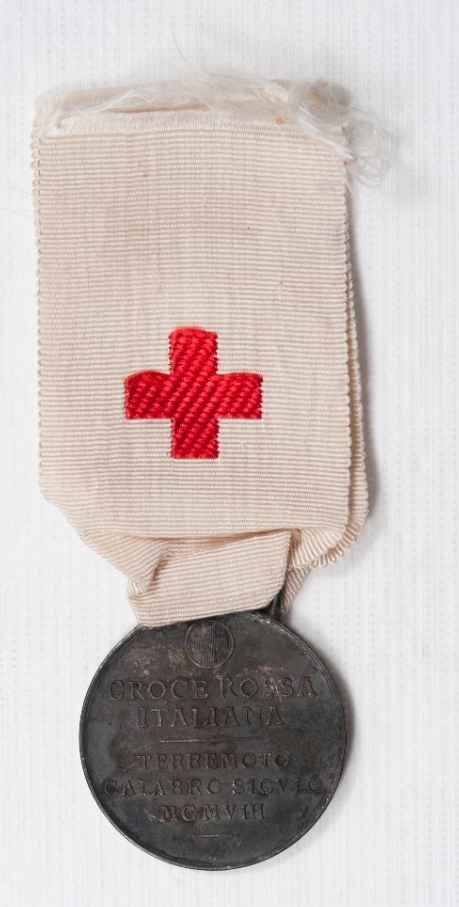