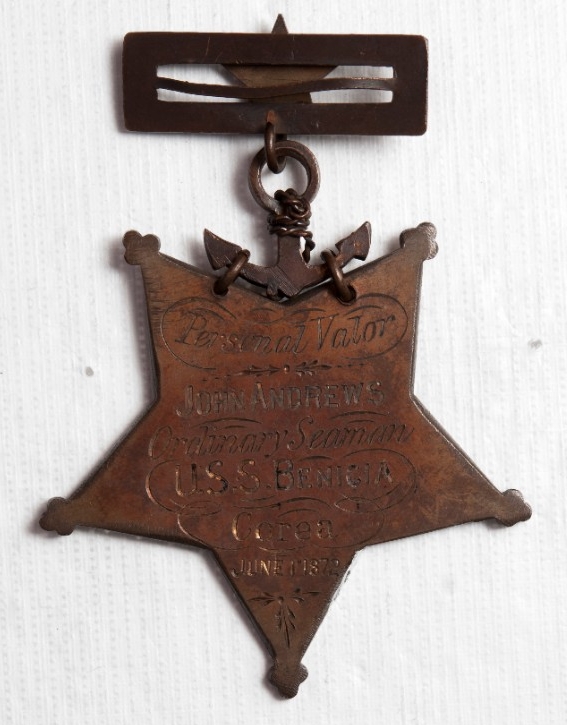 Citation for Award: For extraordinary heroism in action on board the USS Benicia in action against Korean forts on 9 and 10 June 1871. Stationed at the lead in passing the forts, Andrews stood on the gunwale on the Benicia's launch, lashed to the ridgerope. He remained unflinchingly in this dangerous position and gave his soundings with coolness and accuracy under a heavy fire.

In 1871, an American fleet of five warships and approximately 650 Marines and sailors, under the command of Rear Admiral John Rodgers, travelled to Korea to support an American diplomatic delegation. Korea’s Joseon Dynasty had an isolationist nature leading to a misunderstanding and conflict between the expedition and the Koreans. While attempting to sail up the Ganghwa Strait, a waterway that connects to the Han River and leads to the capital city Hanyang (modern day Seoul), the fleet came under heavy fire from the surrounding Korean forts. Under this intense fire, Ordinary Seaman John Andrews remained in an exposed position and continued to provide the soundings for the USS Benicia, ensuring the ship did not become stranded or wrecked in shallow water. The warships landed the sailors and Marines who managed to capture the attacking forts. The military engagement put an end to the diplomatic mission and chilled relations between the two nations until 1882, when negotiations were renewed.

Andrews’ Medal of Honor was one of fifteen awarded for this engagement. These awards marked the first time the medal was awarded for actions in a foreign conflict. 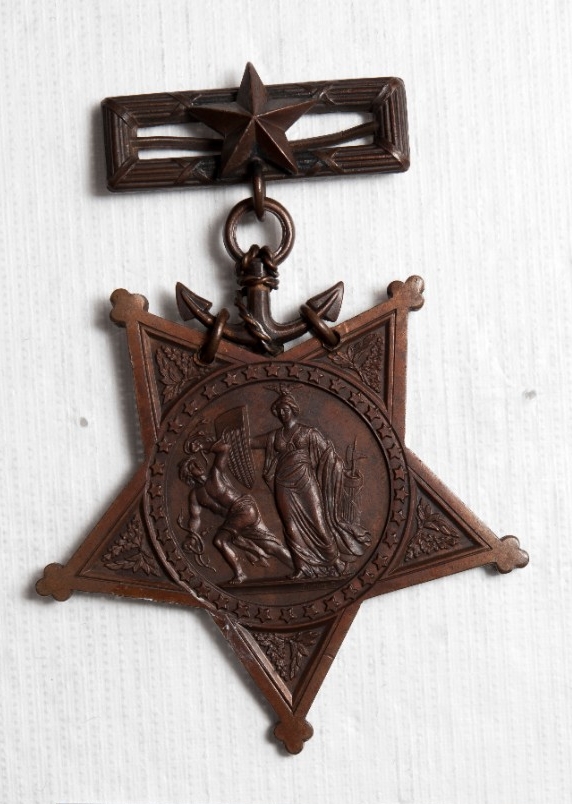