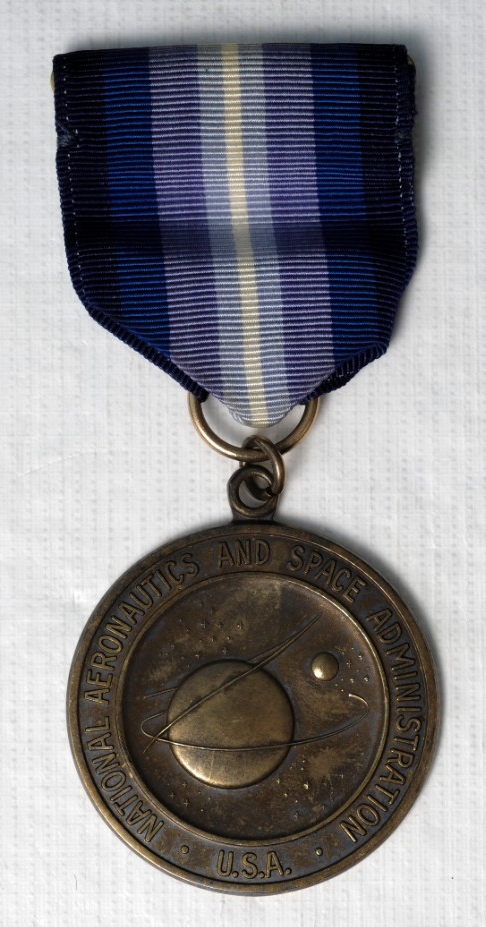 One Type I NASA Distinguished Service Medal. The medal is sterling silver. The obverse planchet bears the official seal of NASA with "National Aeronautics and Space Administration / U.S.A." stamped around the rim. The reverse has a relief image of oak branches around the rim with "Exceptional Service" in raised letters at the top. The planchet is attached with a suspension ring to a tapered ribbon. The colors of the ribbon are Navy blue, blue, purple, sky blue, and white. The pin and clasp is sewn to the ribbon.

NASA, as its current organization, was created in 1958. This medal design was used from 1958 to 1961 when the current awards for NASA were created. The seal for NASA was created by James J. Modarelli in the summer of 1958 and used for formal documentation. Informally called the "Meatball" design, the NASA insignia was also created by Modarelli and was approved in 1959. The Type I was awarded until 1964 when it was replaced by the current Type II design.

The NASA Distinguished Service Medal is awarded to those who display distinguished service, ability, or courage, and have personally made a contribution representing substantial progress to the NASA mission. The contribution must be so extraordinary that other forms of recognition would be inadequate. It can be awarded to any federal employee, including both military and civilian personnel. The medal is the highest award bestowed by NASA. 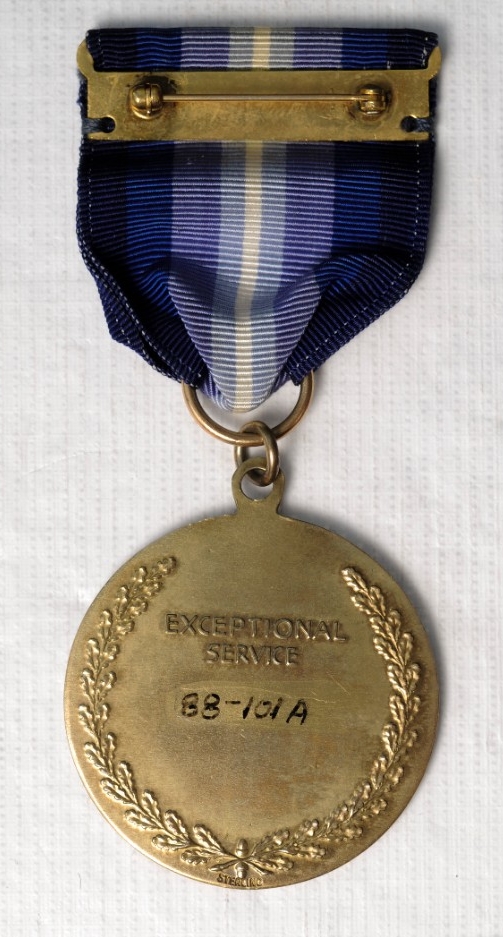