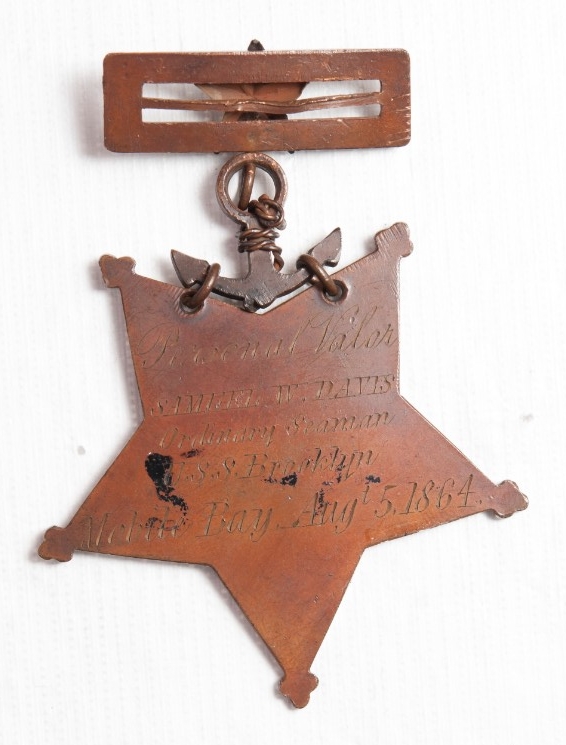 Citation for Award: For extraordinary heroism in action while serving on board the USS Brooklyn during successful attacks against Fort Morgan, rebel gunboats and the ram Tennessee in Mobile Bay, on 5 August 1864. Despite severe damage to his ship and the loss of several men on board as enemy fire raked her decks from stem to stern, Davis exercised extreme courage and vigilance while acting as a look-out for torpedoes and other obstructions throughout the furious battle which resulted in the surrender of the prize rebel ram Tennessee and in the damaging and destruction of batteries at Fort Morgan. 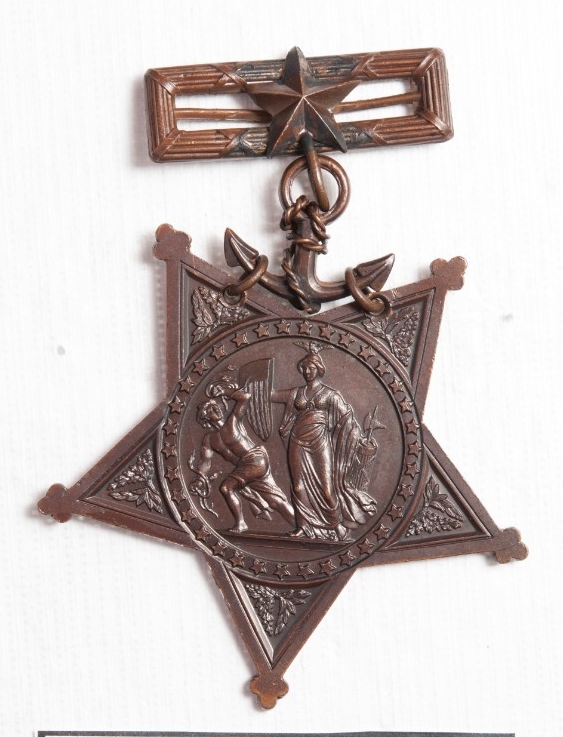