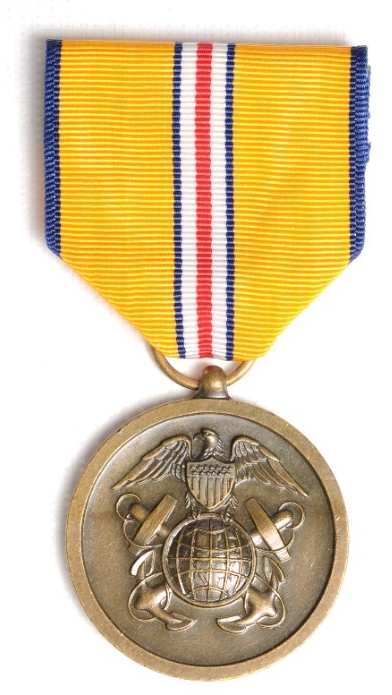 One US Coast and Geodetic Survey Pacific War Zone Medal. The planchet is bronze. The obverse planchet has a relief image of an eagle holding a globe with two crossed fouled anchors in the background. A suspension ring attaches the medal to a tapered ribbon. The ribbon is yellow, with a thin blue stripe along either edge. The center stripe group has a red stripe at the center with a white and blue stripe on either side. A pin and clasp brooch is attached to the ribbon. 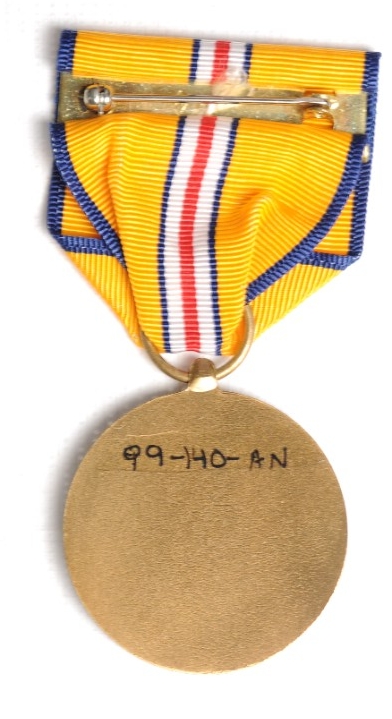