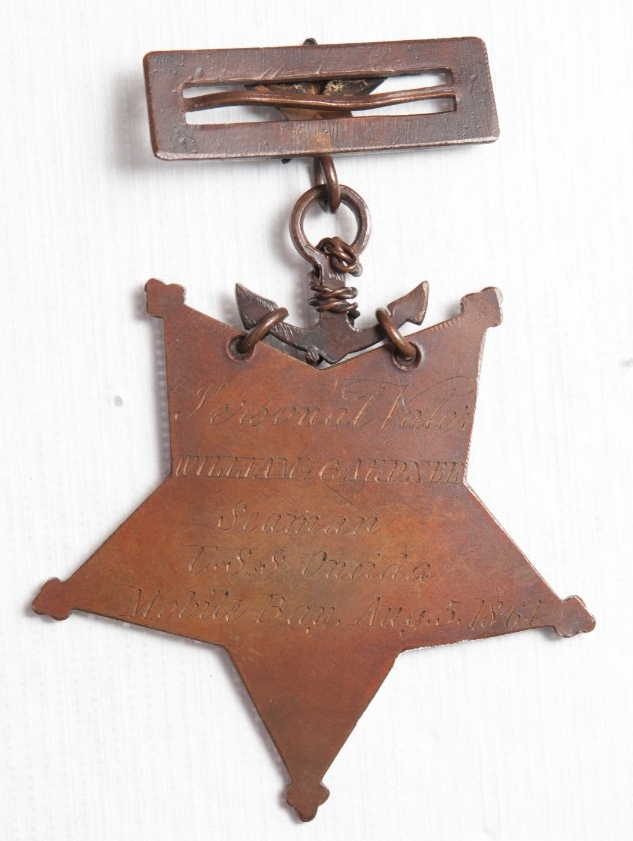 Citation for Award: As seaman on board the USS Galena in the engagement at Mobile Bay, 5 August 1864. Serving gallantly during this fierce battle which resulted in the capture of the rebel ram Tennessee and the damaging of Fort Morgan. Gardner behaved with conspicuous coolness under the fire of the enemy.

It is unclear why the reverse of the medal mistakenly cites him on board the USS Oneida. During the Battle of Mobile Bay, Admiral Farragut ordered his ships to be lashed together in pairs so that if one were disabled, the other could tow it. Galena and Oneida were lashed together and formed the last pair in the Union column. A Confederate shell struck Oneida’s starboard boiler disabling it. Thanks to Farragut’s pairing of ships, Galena was able to pull Oneida out of range of the fort guns. 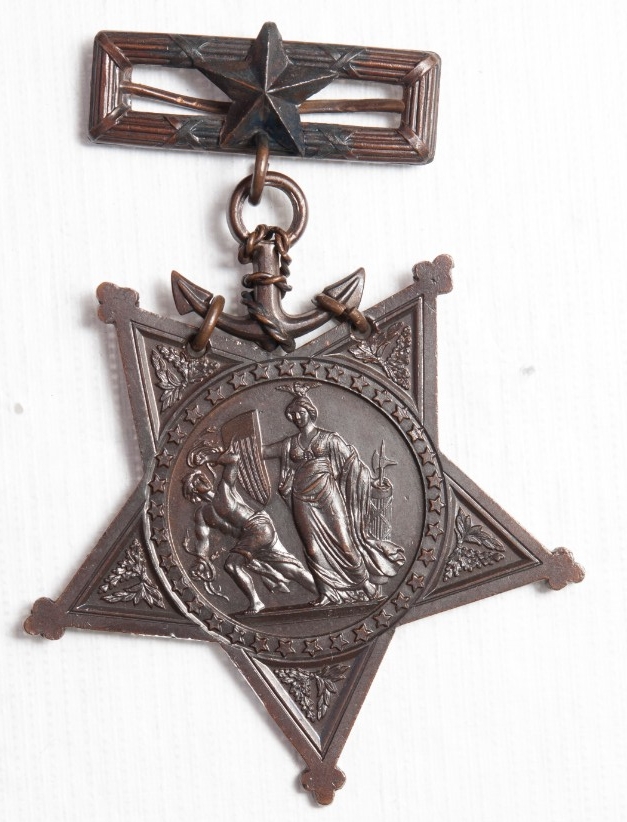