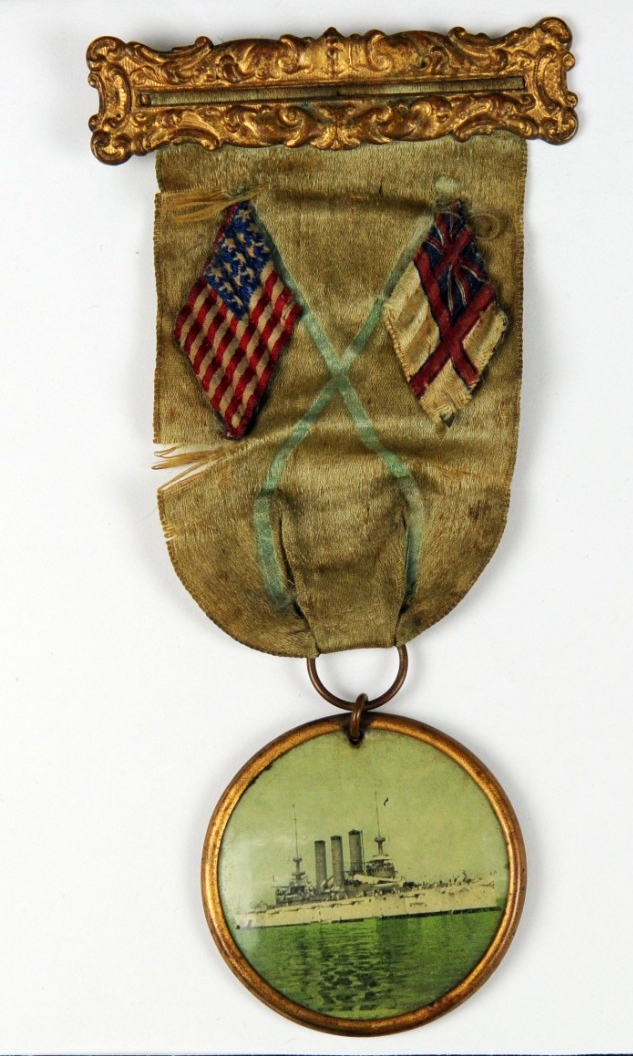 One medal to commemorate the visit of Admiral Prince Louis of Battenberg and the Royal Navy to New York City. The obverse of the medal has a colorized image an American battleship on paper with a celluloid cover. The top pin and clasp is decorative metal with scrollwork on the obvers. The ribbon is a dirty cream color with crossed flags of the United States and the British Naval Service. The reverse of the medal reads "Entertainment / given by Enlisted Men of / U.S. North Atlantic Fleet in / Honor of our Cousins the / Enlisted Men of the H.B.M. / 2nd CRUISER SQUADRON / at Stauch's, / Coney Island, N.Y. /  Nov. 13, 1905." The top half of the text is bordered by an arc of white stars on a blue field. The bottom half of the text is bordered by alternating red and white horizontal stripes. There is a brass trim surrounding the medal.

In 1905, Rear Admiral Prince Louis of Battenberg commanded a six-ship British armored cruiser squadron as it made goodwill port visits to Annapolis, MD; Washington, D.C.; and New York City. The official American host during that visit was Rear Admiral Robley D. Evans, US Navy, who commanded the North Atlantic Fleet. The culmination of these events was a celebration at Stauch's Restaurant, a popular restaurant and dancehall in Coney Island, NY. Shortly after the British squadron returned home from that cruise, Prince Louis - who later gave up his German title and took the surname Mountbatten- mailed the Battenberg Cup to Admiral Evans thus creating the rowing competition between the US Navy and British Royal Navy that lasted from 1906 to 1940. There were 52 challenges for the cup. Each winning ship's name is engraved on the cup with the date of the successful challenge. Only once did a British crew successfully challenge for it. 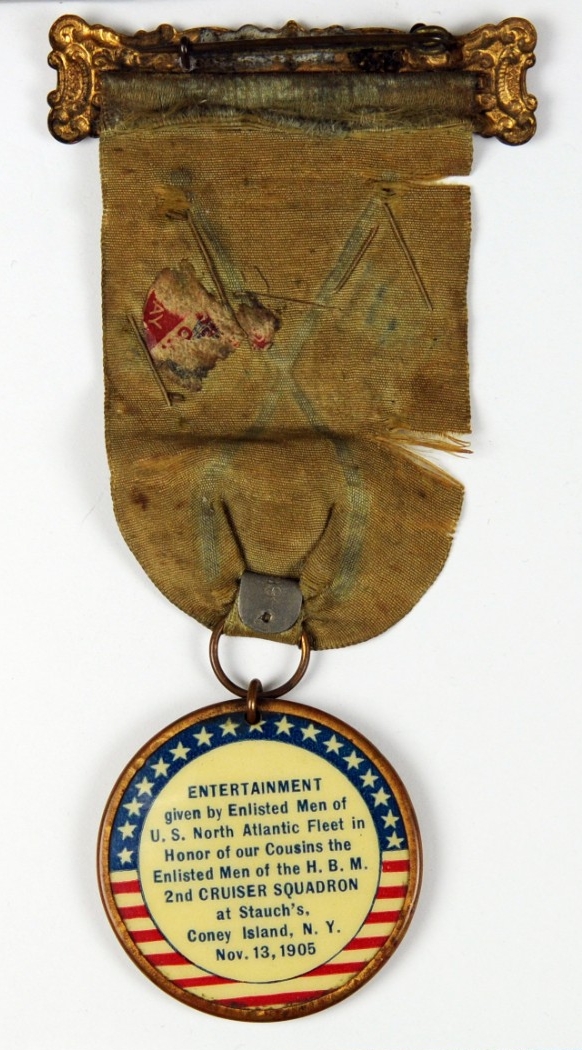