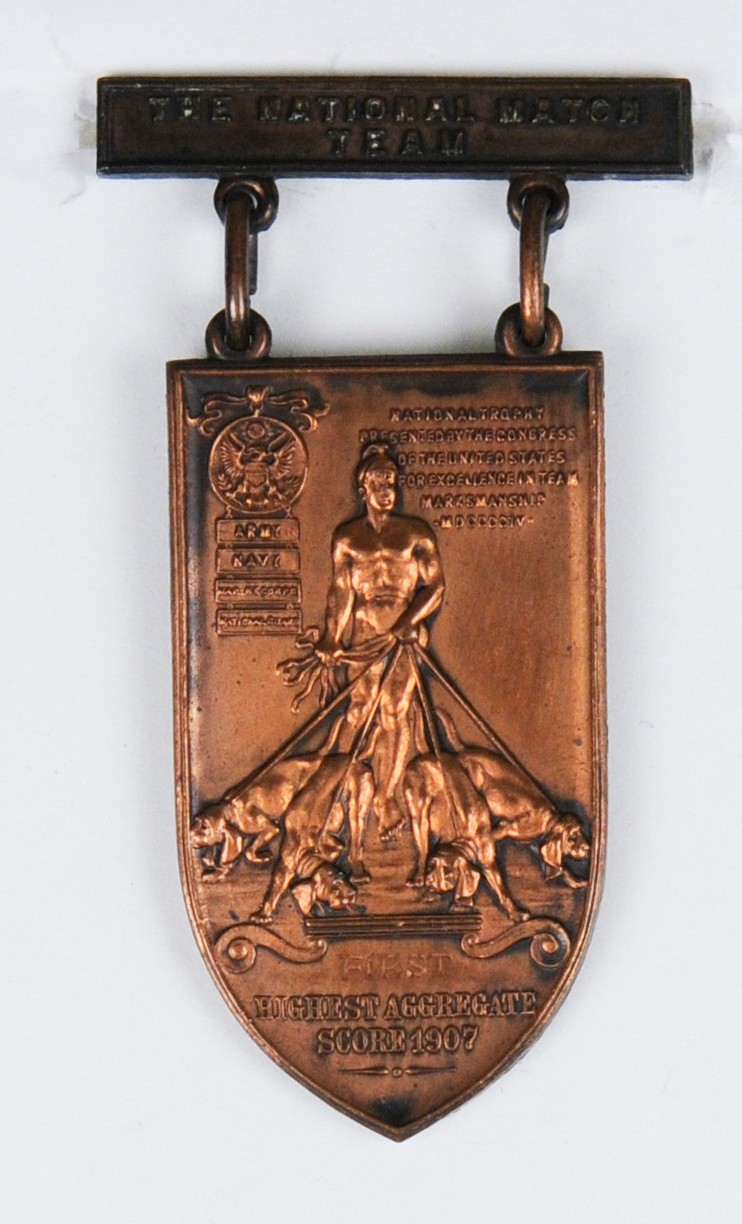 Obverse is a depiction of "The Dogs of War" with a man holding dogs on leashes. The proper left has a National Seal medal with tabs below depicting Army, Navy, Marine Corps, and National Guard. The proper right text reads "National Trophy Presented by the Congress of the United States for Excellence in Team Marksmanship MDCCCCIV" The pin and clasp at top is attached with two rings. The text on the bar reads "The National Team Match."  "First" is etched below the Dogs of War with "Highest Aggregate Score 1907." 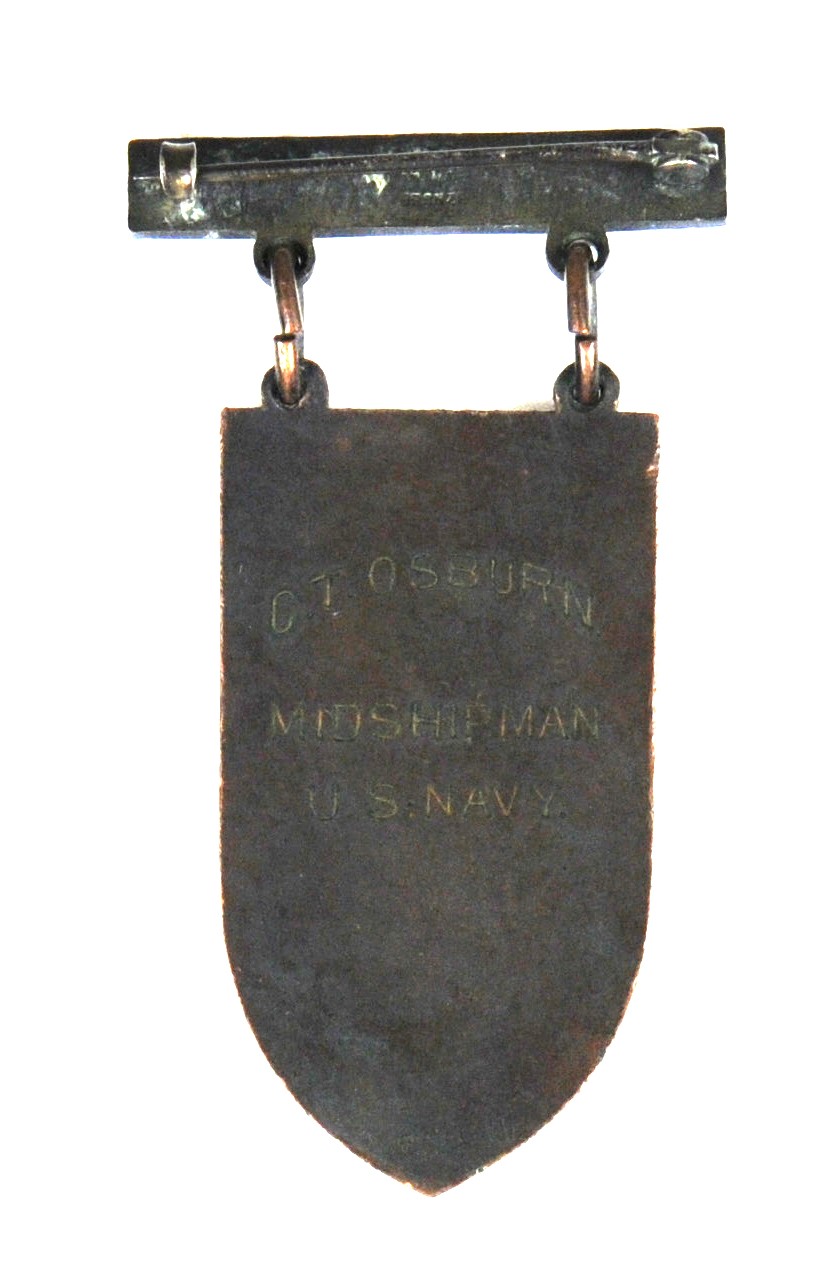 Note: image of reverse is overexposed to make the text more easily visible