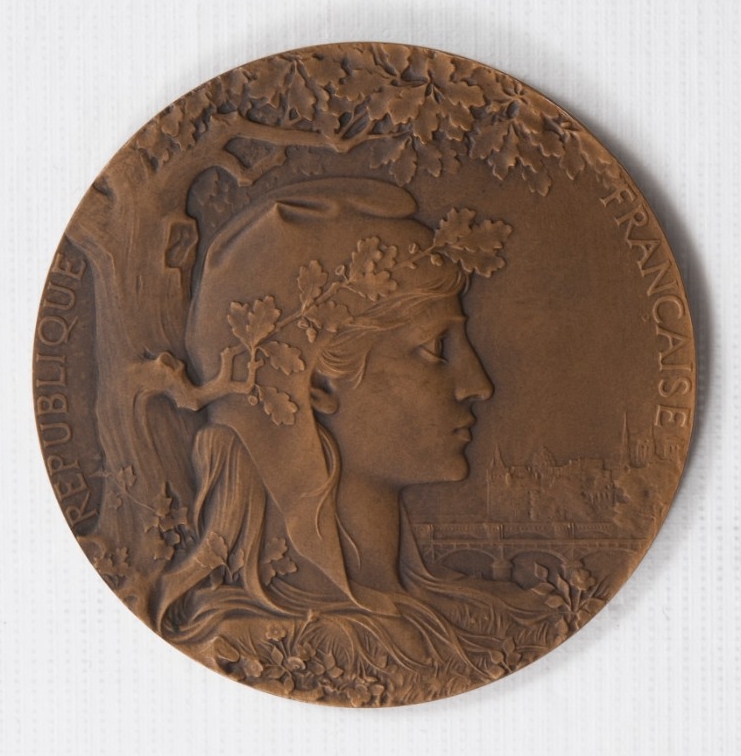 One circular bronze medal from the Exposition Universalle/ Paris World's Fair 1900. The obverse has a profile relief of the face of liberty (Marianne) wearing the liberty cap. An oak tree grows behind her with an outstretched branch forming a wreath of oak leaves on Marianne’s head. A low-relief depiction of Paris is visible in the background. The words "Republique Francaise" is around the edge of the medal face. On the reverse is winged Nike, goddess of victory, holding a laurel wreath and a palm branch in her outstretched right hand and carrying an athlete bearing a flaming torch on her back. Below the figures is a view of the exposition buildings. Around the face of the medal are the words "Exposition Universelle Internationale" with the year 1900. A small rectangular cartouche at the bottom is marked “Exposition Collective / Du Ministere de la / Marine A Washington.” Below the image is the name JC Chaplain.

This medal was awarded for the collective exhibits and participation of the US Navy at the Exposition. The Secretary of the Navy ordered the auxiliary cruiser USS Prairie to transport the American exhibits both to and from France, via New York City, Norfolk, VA, and Baltimore, MD. The participation of the Navy in the fair did not end with transportation. Per the Commissioner-general’s report, the exhibits included models of warships and naval construction as well as exhibits on the manufacture of armor and guns, administration of military and naval academies, and the relation of the Naval Reserve to the general government. [Report of the Commissioner-General for the United States to the International Universal Exposition, Paris, 1900].

Among the exhibits on display at the Exposition was an exhibit assembled by W.E.B. DuBois showing the contributions of African-Americans to the United States. Part of this exhibit highlighted the African-American recipients of the Medal of Honor. Among those on the list were Navy Medal of Honor recipients Aaron Anderson, John Lawson, Joachim Pease, and Clement Dees (Rescinded). 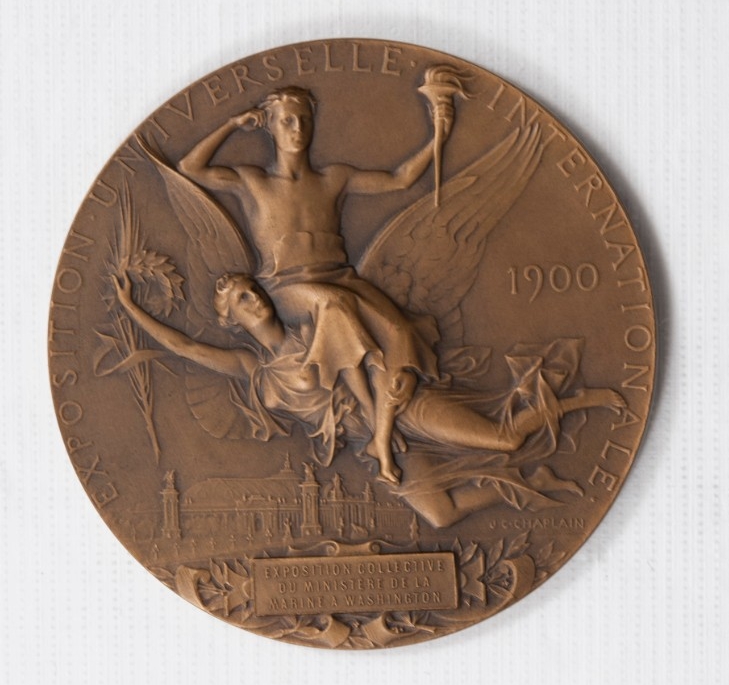