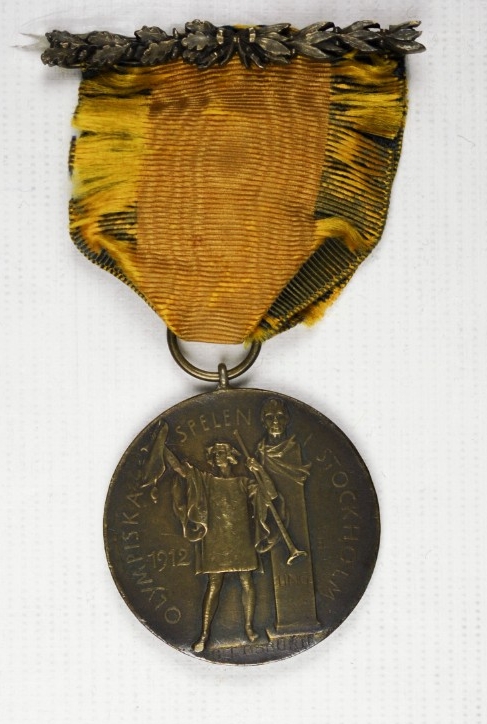 On the obverse, two seated female figures place a laurel crown on the head of a young victorious athlete. The medal is suspended from a bar with a laurel branch design by a yellow ribbon with two vertical stripes of blue at the edges.

In the 1912 Olympics, Carl T. Osburn earned a Bronze medal in the 50m Team Small-Bore Rifle. He also earned two Silver Medals, and one Gold during these Olympic games.

On the reverse, a herald proclaims the opening of the Games. On the right is a bust of Ling, the founder of the institutions and the Swedish gym system. Around the rim is the inscription OLYMPISKA SPELEN STOCKHOLM 1912. CT OSBORN is stamped into the medal below the image.