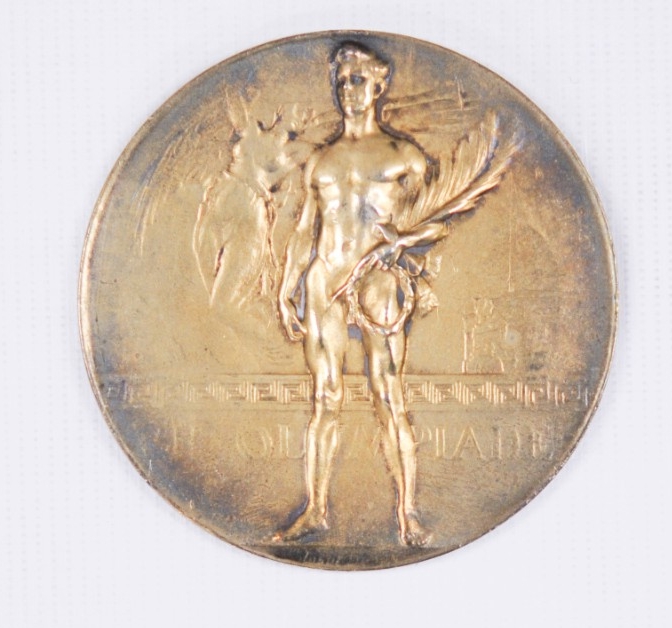 On the obverse, a tall, nude athlete, holds in his left hand a palm leaf and a laurel crown, both symbols of victory. Behind him is the figure of the Renommée playing the trumpet. In the background is a frieze with a Greek motif with the inscription VII OLYMPIADE underneath. 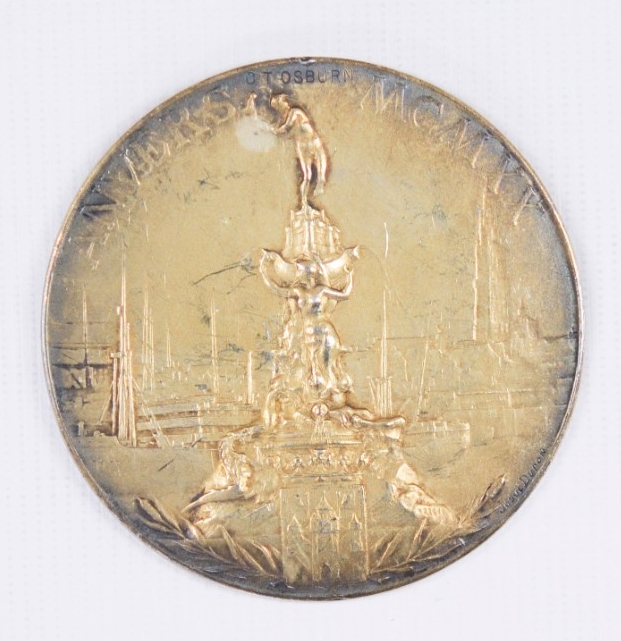