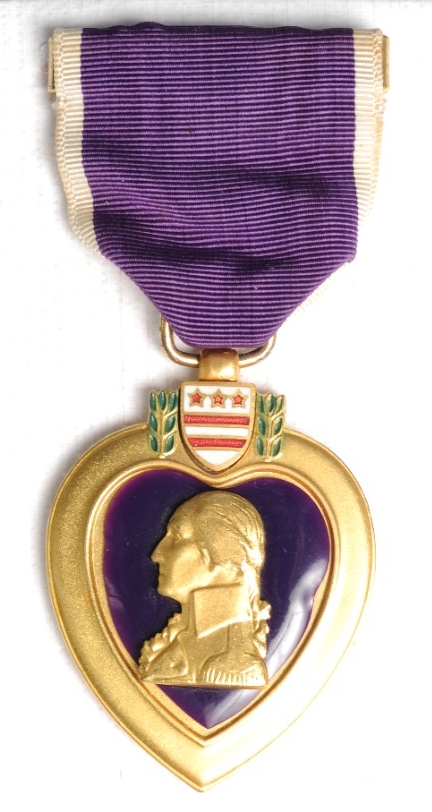 One Purple Heart posthumously awarded to Seaman 2d Class John W. Rokosky. The medal is a gold heart with an inset purple enamel heart in the center with a raised profile bust image of George Washington. At the top of the medal is a white enamel shield with three red stars above two horizontal red stripes. Green laurel branches are on either side of the shield. The suspension ring for the medal attaches above the shield. The reverse of the medal reads “For Military Merit John W. Rokosky S2c, USNR." The ribbon is purple with white stripes along the edges. Pin and clasp bar is the 1944 full-wrap brooch style.

Seaman 2d Class John Rokosky, a native of Pennsylvania, served during World War II. While aboard the destroyer USS Leary (DD-158) in the North Atlantic in December 1943, the ship came under attack by a German submarine pack. The Leary was sunk by torpedoes from U-275, taking 97 men with her, including Rokosky. He was declared missing in action, later changed to killed in action on 25 December 1944. He is memorialized on the Tablets of the Missing at Cambridge American Cemetery in England. 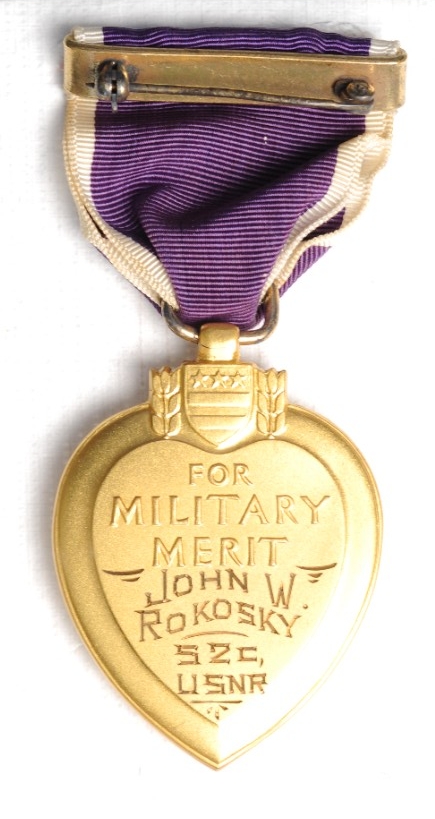