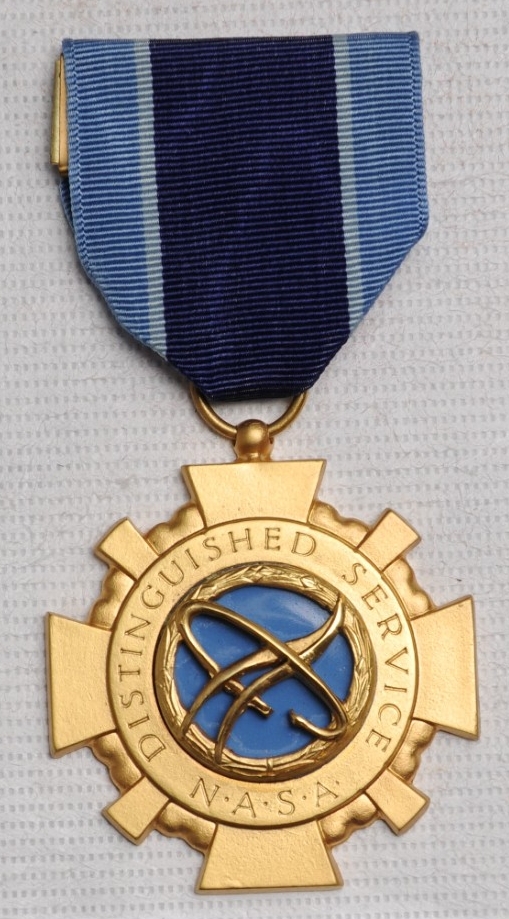 One Type II NASA Distinguished Service Medal. The medal is gold-colored cross-shape with large points at the cardinal points and smaller legs at the intercardinal points, superimposed over a wreath. The center is blue enamel with a 3D NASA insignia on top. In a ring around the center, engraved words read, "DISTINGUISHED SERVICE/NASA." The reverse is blank. The medal is suspended from a ribbon that has a wide dark blue stripe in the center flanked by a thin light blue stripe and medium blue stripe at the edge.

Like the Type I NASA Distinguished Service Medal, this medal is awarded to any federal employee who “displays distinguished service, ability, or courage, and has personally made a contribution representing substantial progress to the NASA mission. The contribution must be so extraordinary that other forms of recognition would be inadequate.” NASA adopted the current Type II version in 1964 that is still the version awarded today. It remains the highest award presented by NASA. 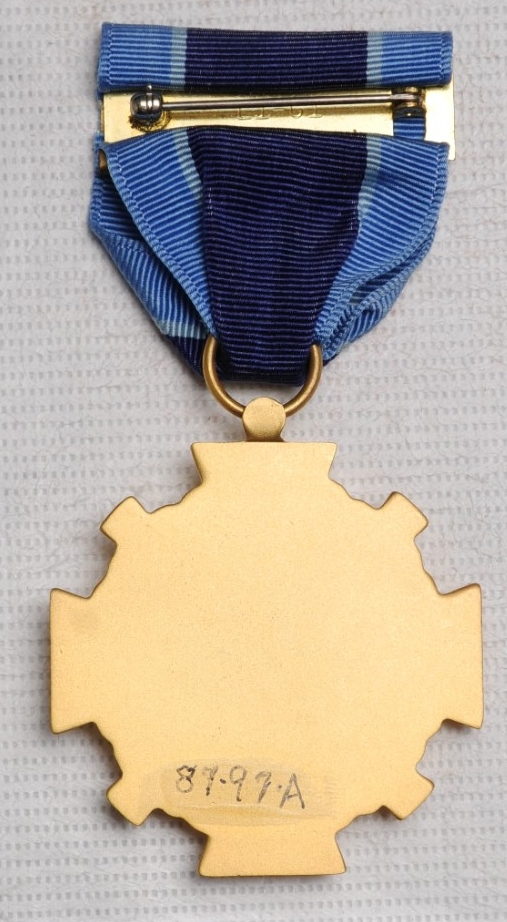