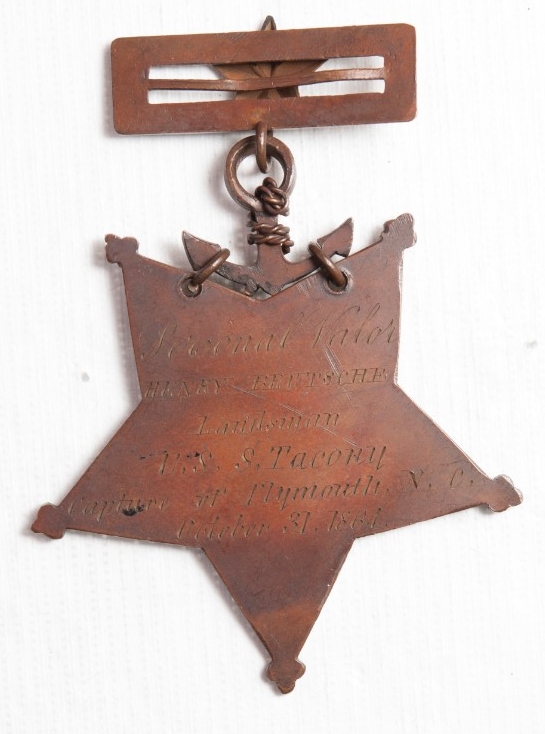 Citation for Award: For extraordinary heroism in action while serving on board the USS Tacony during the taking of Plymouth, N.C., 31 October 1864. Carrying out his duties faithfully during the capture of Plymouth, Landsman Brutsche distinguished himself by a display of coolness when he participated in landing and spiking a 9-inch gun while under a devastating fire from enemy musketry. 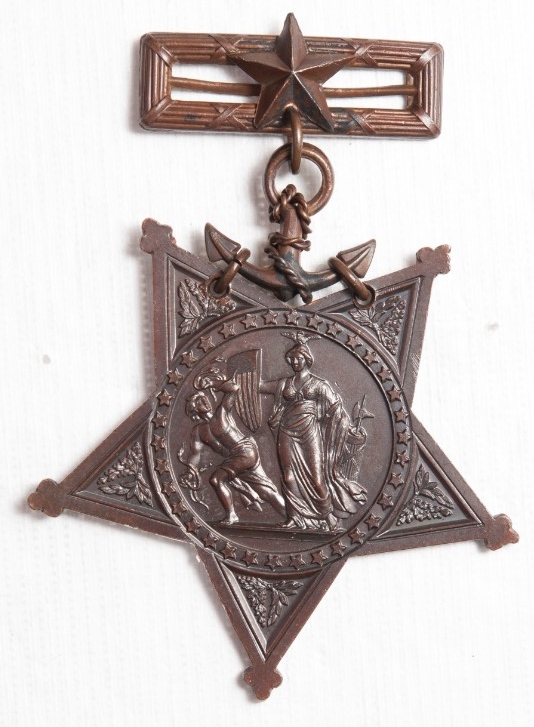