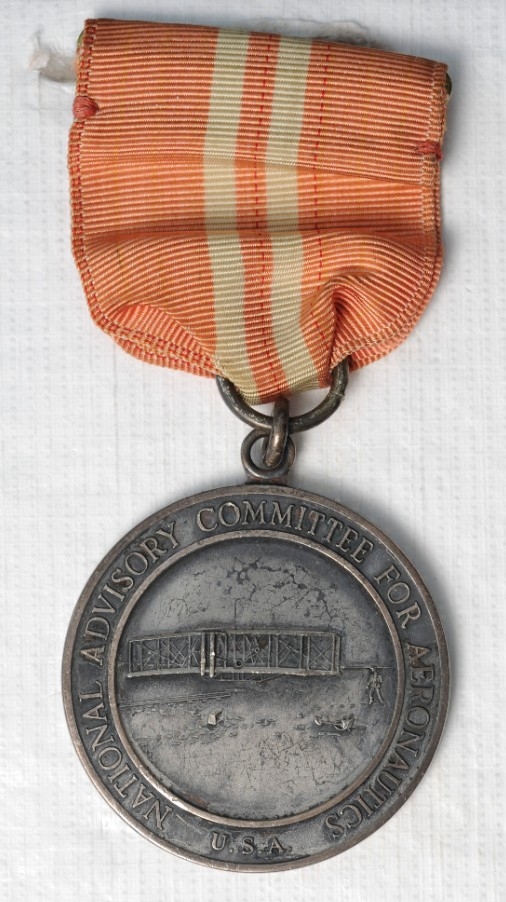 One Exceptional Service medal from NACA. The planchet is silver. The obverse planchet bears the seal for NACA depicting the 1903 Wright brothers flight in Kitty Hawk, NC. Around the rim of the face is “National Advisory Committee for Aeronautics / U.S.A.” The reverse planchet has raised letters reading Exceptional Service at the top with a blank space for engraving and an oak branch wrapping around the edges. The ribbon for the medal is tapered to a suspension ring and is a pink/salmon colored with two white stripes in the center. The pin and clasp bar is sewn to the ribbon.

The National Advisory Committee for Aeronautics established two awards in November 1954 to recognize the superior service of NACA employees. These awards were the NACA Distinguished Service Medal and the NACA Exceptional Service Medal. Both medals are similar in appearance, bearing the seal of NACA that was approved by President Eisenhower in 1953. The differences between the two medals consist of the color of the ribbon and the planchet material. The Exceptional Service Medal recognized exceptional service to NACA, but not of a degree to merit the award of the Distinguished Service Medal. Only seven of these medals were awarded between 1954 and 1958 when NACA was assumed into NASA. 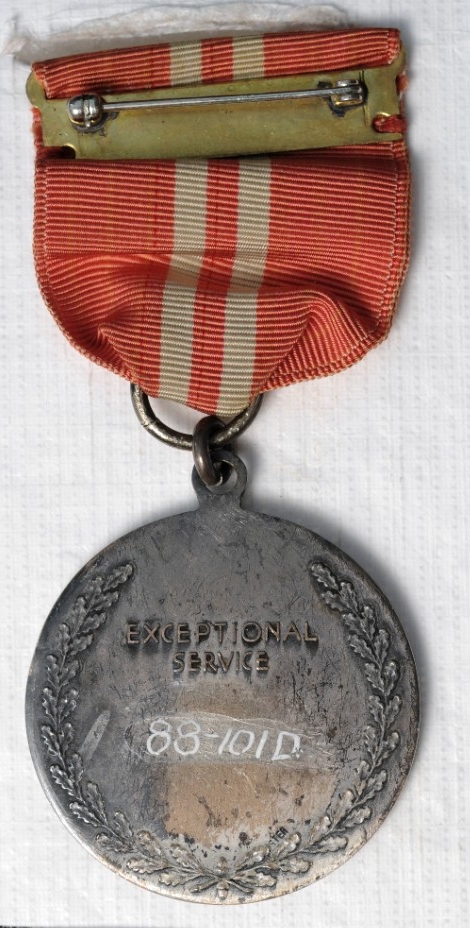