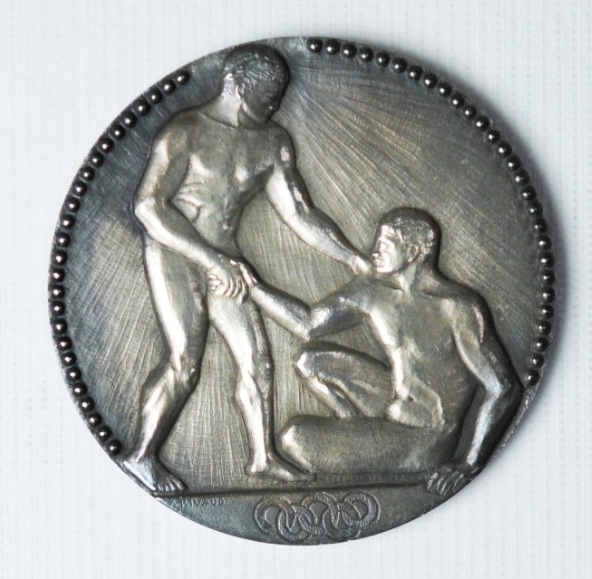 On the obverse stands a nude victorious athlete, taking the hand of his defeated rival, assisting him to rise from his position on the ground. Under the image appears the Olympic rings.

The only medal Carl T. Osburn received in the 1924 Olympics was this silver in the 600m Free Rifle. 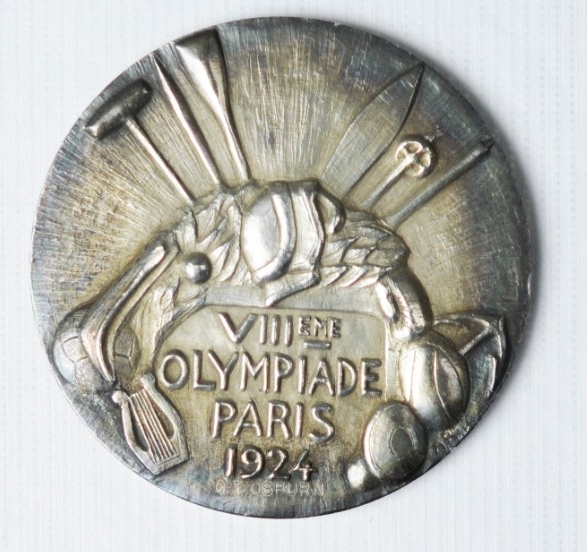 On the reverse, an arch is formed by the various sports equipment utilized in both the summer and winter games. A harp at the lower left represents the cultural program of the Games. Below the arch is the inscription VIIIeme OLYMPIADE PARIS 1924. CT OSBURN is stamped into the medal below the year.