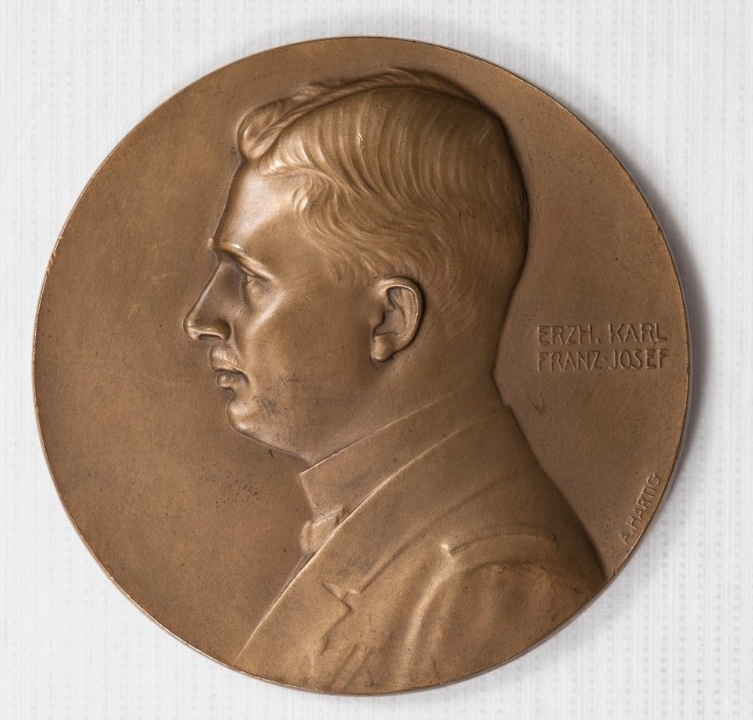 One medal commemorating Archduke Karl Franz Josef of Austria-Hungary. The medal is bronze and circular in shape. The obverse has a left profile bust portrait of Erzherzog Karl Franz Josef of Austria-Hungary. Text on right of bust reads "ERZH. KARL / FRANZ JOSEF." On the reverse is a depiction of the dreadnaught battleship SMS Tegetthoff underway. Text around edge reads "OESTERR FLOTTENVEREIN KRIEGSFURSORGE 1914-1915.” The artist’s name, A. Hartig, appears on both sides of the medal.

The SMS Tegetthoff was one of four dreadnought battleships built for the Austro-Hungarian Navy leading up to the outbreak of World War I—the other three being the SMS Viribus Unitis, the SMS Prinz Eugen, and the SMS Szent István. She saw some action in the Bombardment of Ancona following Italy's declaration of war on the empire in 1915, though little after that point on account of the Otranto Barrage—a blockade set up by the allies with the goal of sealing off the Austro-Hungarian fleet in the Adriatic Sea, thus preventing the latter's usage throughout the Mediterranean. Following the war, the Tegetthoff was seized by the Italian military and ultimately dismantled.

The medalist, Arnold Hartig, created a series of medals during World War I of notable people and on behalf of the Austrian Navy Association War Welfare Service. 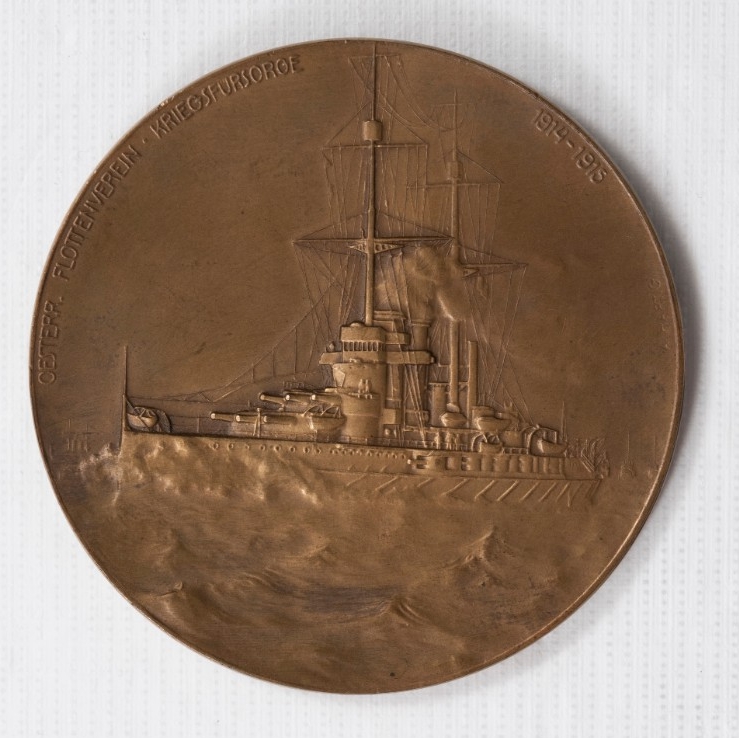