German propaganda medal against the World War I Treaty of Versailles 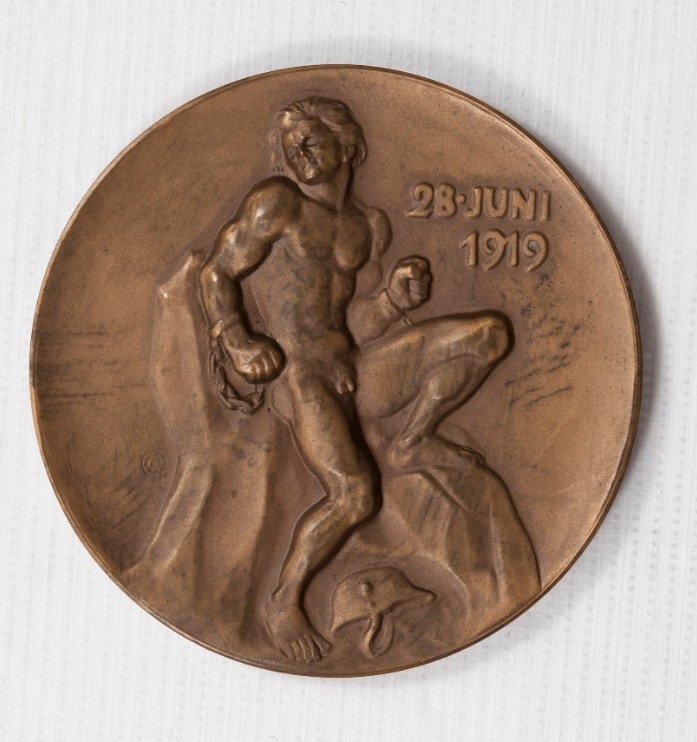 One German propaganda medal against the Treaty of Versailles. The medal is bronze and circular in shape. On the obverse is a depiction of a naked male figure chained to a rock with a German infantry helmet at his feet. To the right of the figure is the date in German "28 Juni 1919." On the reverse is German text "Nimmer wird das Reich zerstoret, wenn ihr einig seid und true." Translation: "The reich will never be destroyed if you are united and true." An oak branch is embossed below the text. Above the text is a small embossed cross pattee.

The medal reflects the mood of the country following the signing of the Treaty of Versailles on 28 June 1919. Though it signaled the official end of World War I, the Treaty of Versailles was widely despised across Germany due to the heavy reparations, territorial losses, and the so-called “war guilt clause” that placed the responsibility for causing the war on Germany. Excluded from the treaty negotiations, Germans felt that the country was forced into signing it. 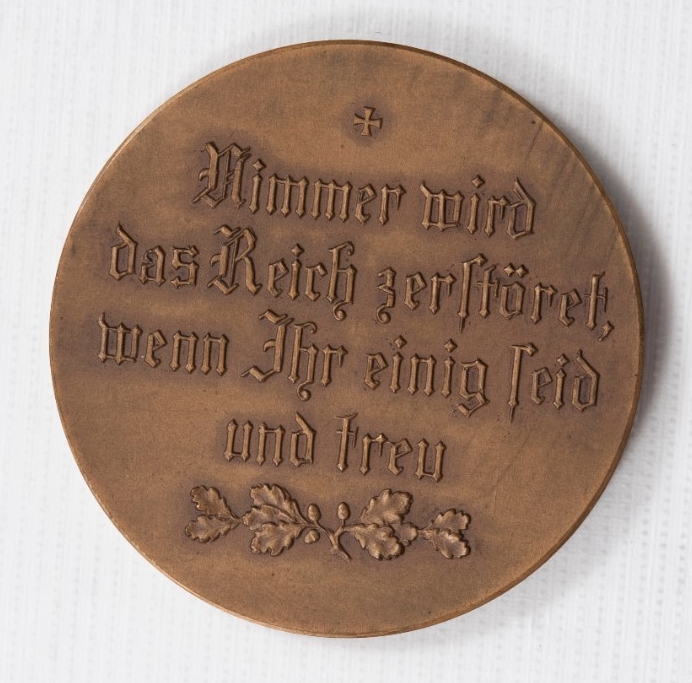