One oval medal, with ribbon, pin and clasp bar. Attached to the ribbon is one silver device bar.  Pin and clasp obverse reads "US National Rifle Association 1921." Ribbon is green with small vertical red, white, and blue stripes in the center.

Silver device bar reads "International Team." The obverse medal design shows a woman with a bow reaching towards a shining star. Scrollwork design along edges are interwoven with branches. 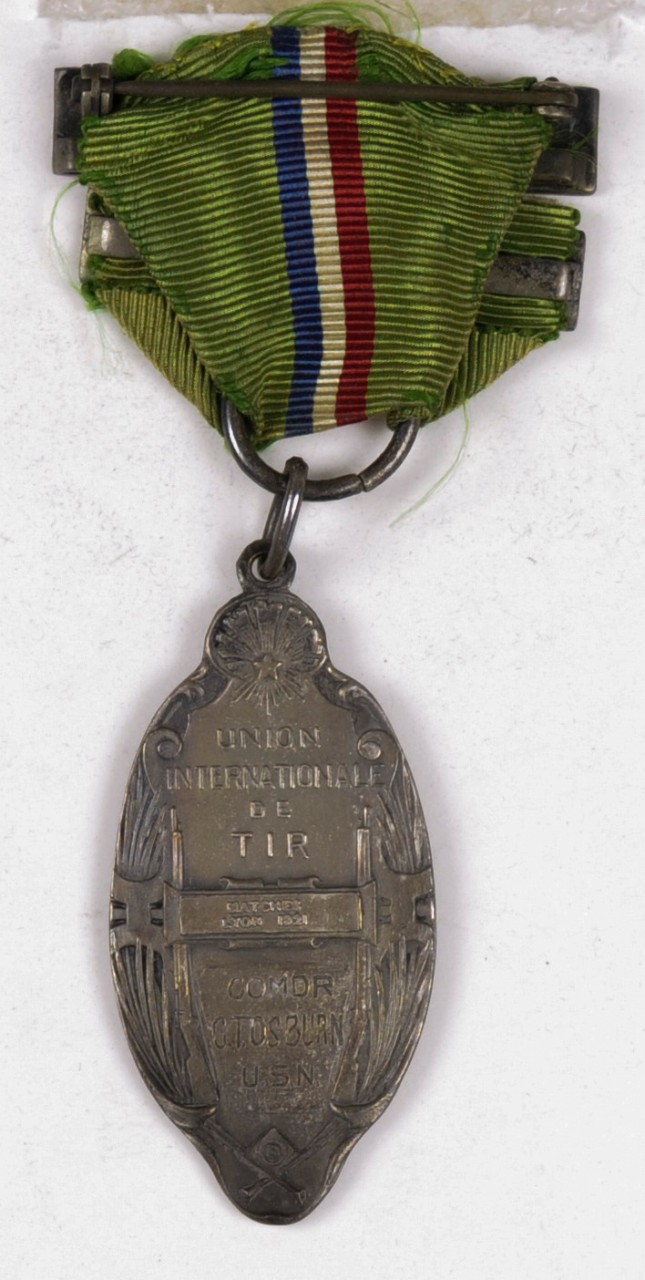 The reverse of the medal is topped with a shining star. Rifles on either side of a column with a text box that reads "Matches Lyon 1921." Above the text reads "Union International de Tir." Engraved below is COMDR CT Osburn USN." At bottom of the medal is a target with crossed rifles.