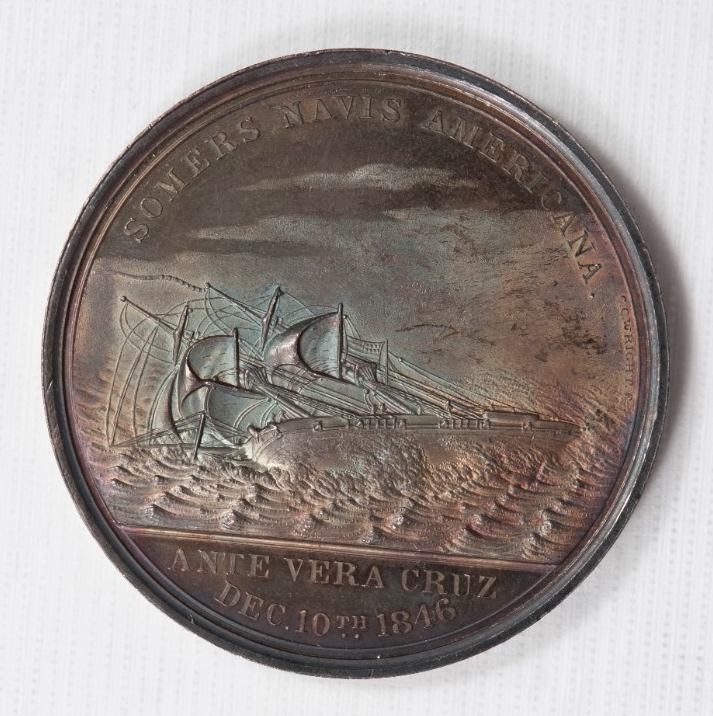 Round gilt electrotype silver medallion. Obverse has raised image depiction of USS Somers capsizing. Text around the edge reads, "Somers Navis Americana/Ante Vera Cruz/Dec 10th 1846" The reverse depicts British boats and sailors going to the aid of the sunken ship. "Pro vitis Americanorum Conservatis" is above the raised image. "Eng by CC Wright" is below the image.

The engravings are based off a print that appeared in The Illustrated London News on 23 January 1847 titled “Loss of USS Somers” that depicts the sinking of the Somers in 1846. On 8 December, while chasing a blockade runner, the Somers was caught in a sudden squall off the coast of Vera Cruz where she foundered and capsized. The sinking of the ship resulted in the drowning of over 30 of her crew. Eight survivors were rescued by HMS Endymion, with the aid of other French, British and Spanish ships. As a result of these actions, Congress authorized a medal in gold and silver be issued to the officers and men who aided in the rescue of the crew.

Fun Fact: Commissioned in May 1842, the USS Somers was used as an experimental school ship for naval apprentices. The brig is most famously known for the "Somers Affair" in which the only mutiny allegation resulting in death has occurred in the US Navy. In November 1842, an alleged plot to murder the officers of the vessel by some members of the crew was uncovered. Three men were charged with inciting a mutiny and were hanged from the yardarm.

Among these men was the son of the Secretary of War, Acting Midshipman Phillip Spencer, who was named as the ringleader of the conspiracy. Following the incident, the captain of the ship, Alexander Slidell Mackenzie, was placed before a court of inquiry and found innocent. This court of inquiry was followed by court martial proceedings in which Mackenzie was again found innocent. The result of this incident was the creation of a school that would help in the development and training of officers for the US Navy, the United States Naval Academy. 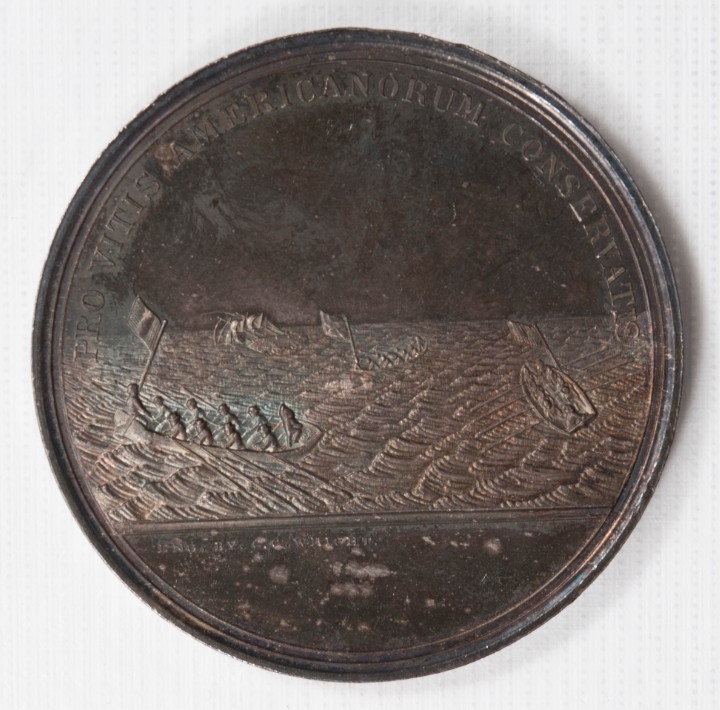