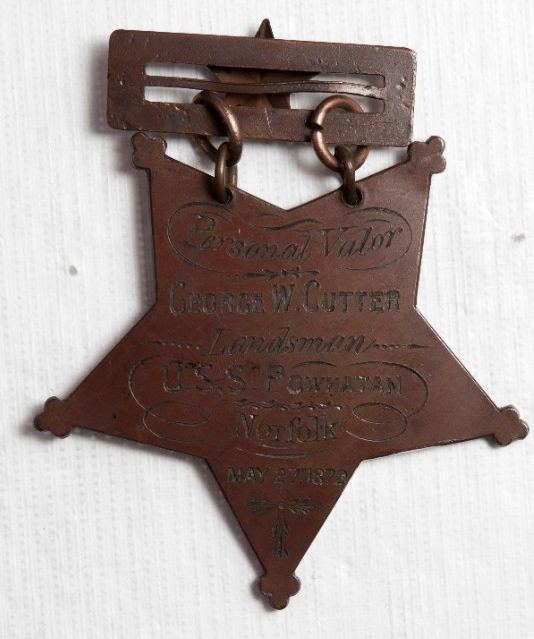 Citation for Award: On board the U.S.S. Powhatan, Norfolk, Va., 27 May 1872. Jumping overboard on this date, Cutter aided in saving one of the crew of that vessel from drowning.

Landsman Cutter and other shipmates jumped to the rescue of Seaman James Mitchell after he was knocked overboard and rendered unconscious. For this feat, Cutter was awarded the Medal of Honor. He may not have achieved the Medal of Honor for these actions using the standards of today. A committee in 1916 reviewed earlier medals to authenticate the validity of the actions of the medals awarded and established more restrictive guidelines for earning the highest medal for the US Military. 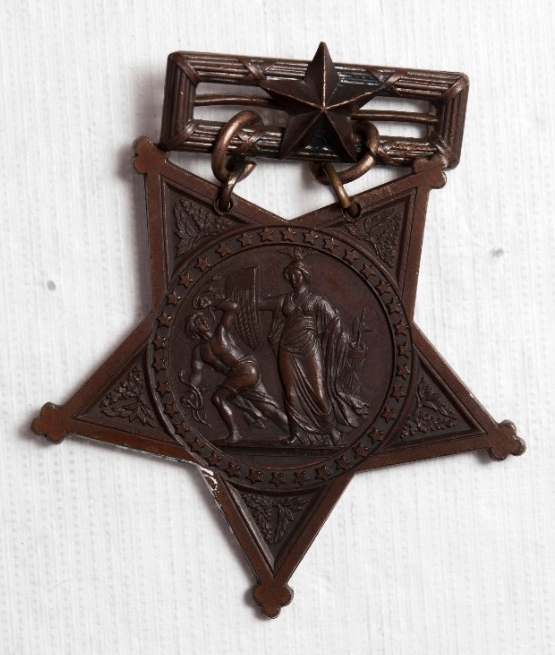