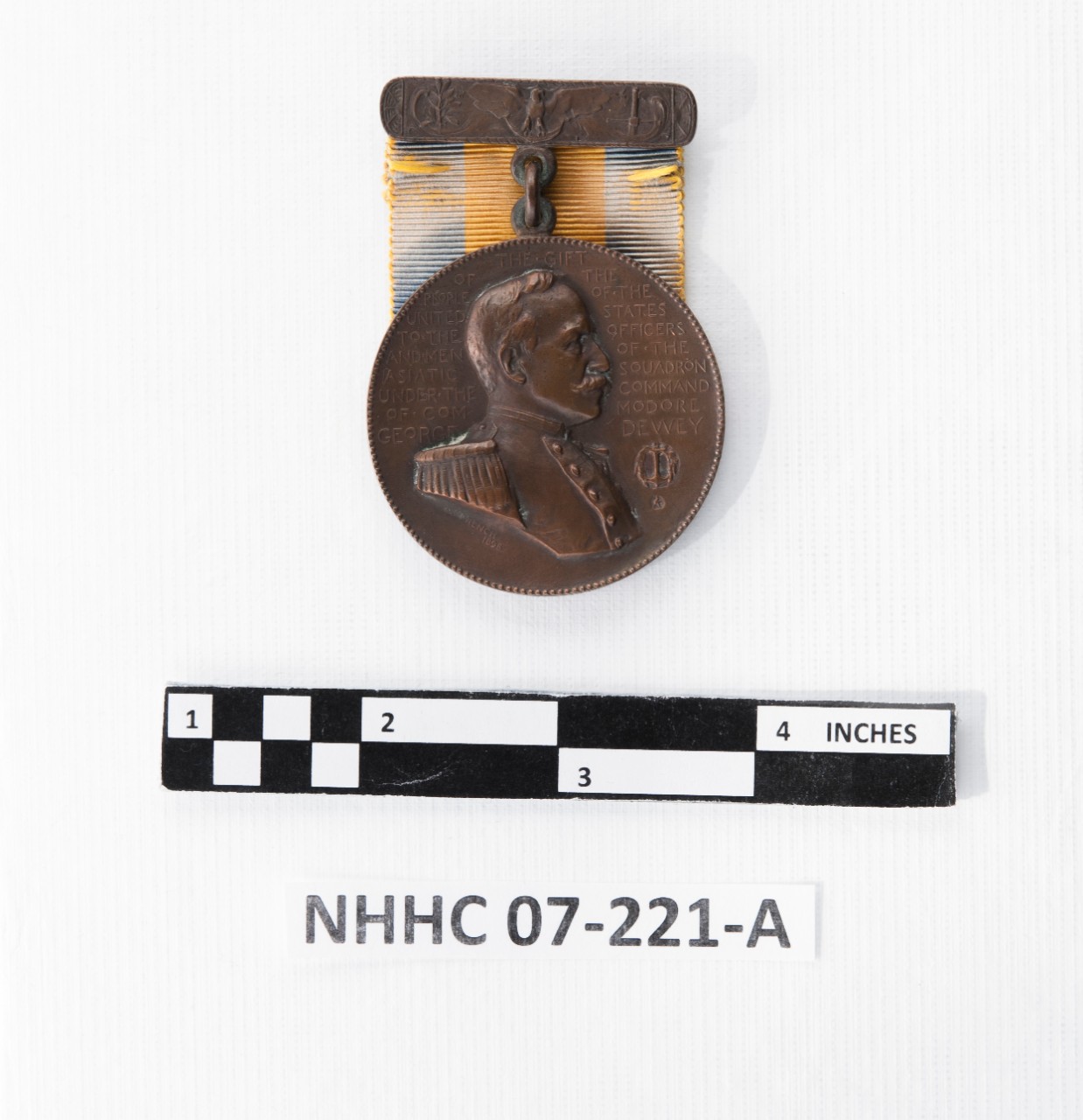 One Battle of Manila Bay Medal. The obverse of the medal features a raised image profile bust of Commodore George Dewey. The text on the left and right of Dewey reads "The gift of the people of the United States to the officers and men of the Asiatic Squadron under the command of Commodore George Dewey." Below the bust is "DC French 1896." The reverse of the medal has a raised image of a bare-chested sailor, sitting on a gun barrel with a furled flag in his lap. The text around the edge reads "In memory of the Victory of Manila Bay on May 1, 1898." Below the image is a tablet for the, stamped "USS Olympia." The rim of the medal is stamped "Ah Foy, Landsman." The medal is attached with a suspension ring to a ribbon bar. The depiction on the ribbon bar is an eagle with a sprig of laurel and the hilt of a sword on either side.  The ribbon is two smaller blue stripes on either side of a large yellow stripe.

The Battle of Manila Bay Medal, also known as the Dewey Medal, was awarded to the officers and men present at the Battle of Manila Bay on 1 May 1898. Authorized by Congress only a month later, this medal predates all other Navy campaign medals. It is also one of only two medals with the recipient’s name engraved on the rim, the other being the Sampson Medal. The medal was designed by famed sculptor Daniel C. French and struck by Tiffany & Co. 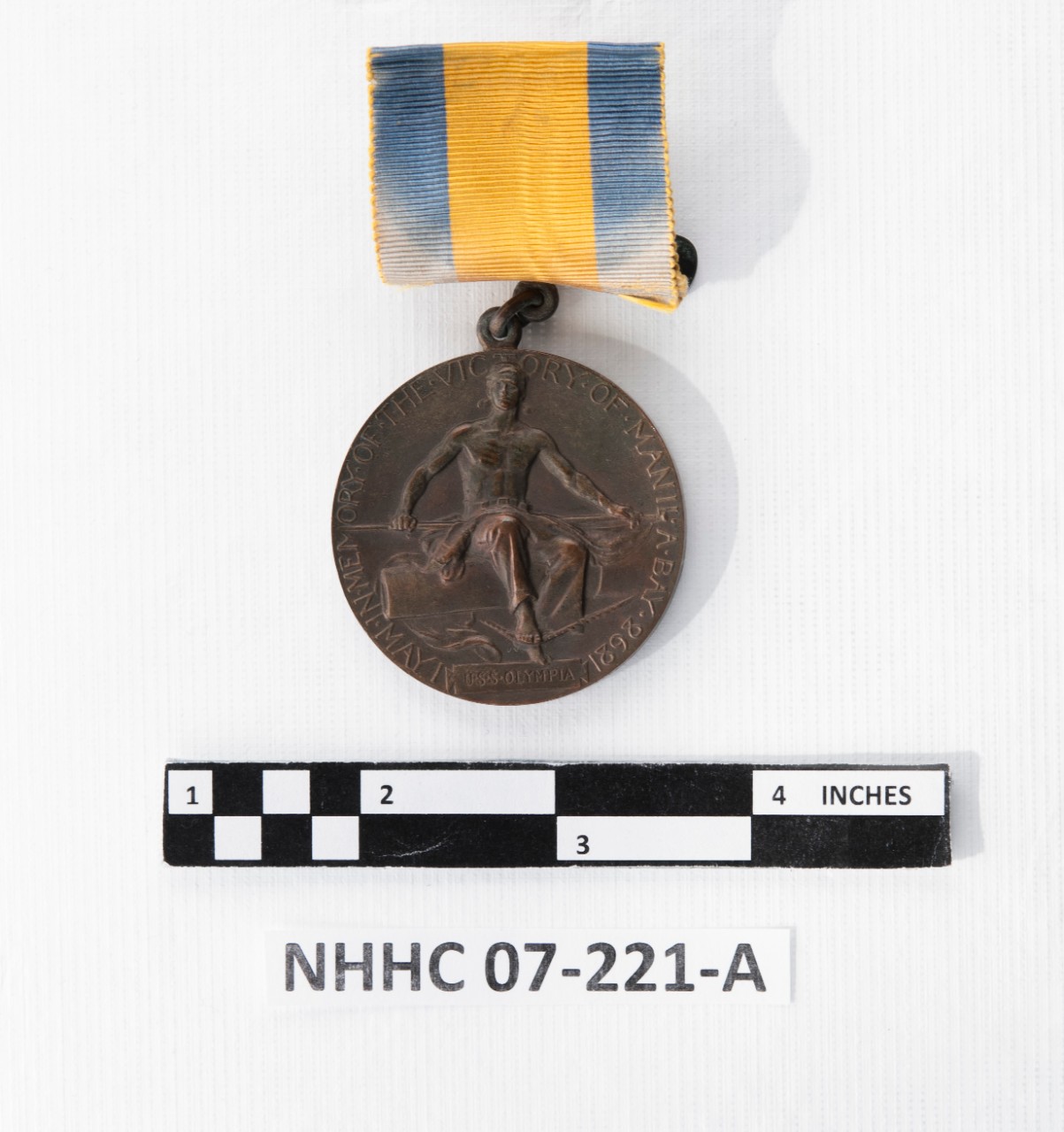